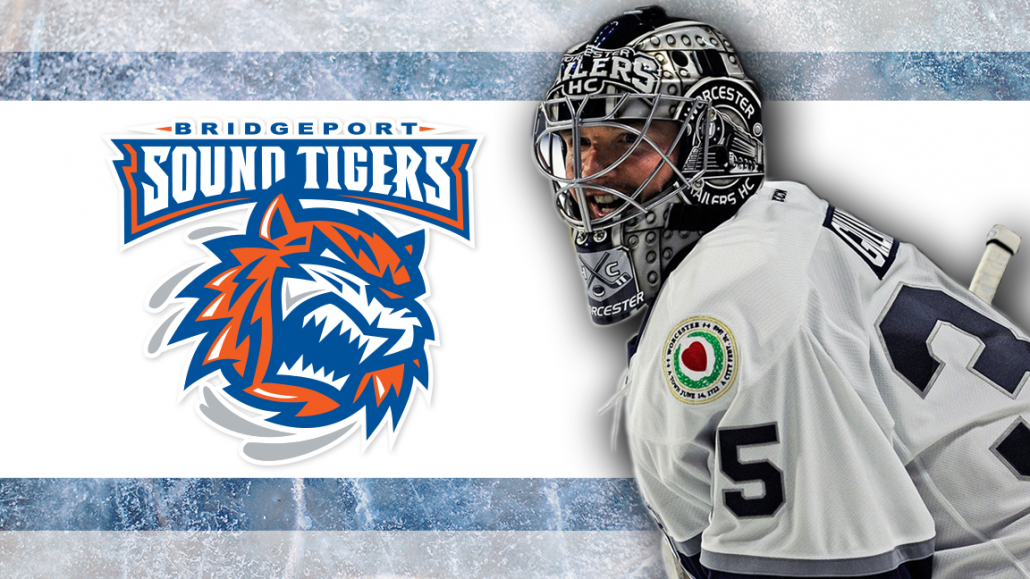 The Bridgeport Sound Tigers, AHL affiliate of the Worcester Railers HC and New York Islanders, announced today the signing of Josh Holmstrom, Jeff Kubiak, Matthew Gaudreau, Mike Cornell, and Mitch Gillam, all of which spent time with Worcester last season. The official press release from the Sound Tigers can be found below:

Gaudreau, 23, ranked sixth on the Railers in scoring last season with 27 points (12 goals, 15 assists) and a plus-six rating in 38 games. He also collected one assist in nine games with the Sound Tigers. A native of Carneys Point Township, N.J., Gaudreau played four seasons at Boston College from 2013-17 and recorded 63 points (16 goals, 47 assists) and a plus-25 rating in 119 career contests. He posted career highs in goals (eight), assists (27) and points (35) in 40 games as a senior and ranked second on the Eagles in scoring that season.

Kubiak, 24, played seven games with the Sound Tigers last season and scored his first AHL goal on April 7, 2018 against the Providence Bruins. He spent the majority of his rookie campaign with Worcester and collected 28 points (14 goals, 14 assists) in 59 ECHL games. He finished fourth on the Railers in goals and fifth on the team in points. Prior to turning pro, the 6’3, 212-pound forward played four seasons at Cornell University, recording 61 points (15 goals, 46 assists) and a plus-19 rating in 116 career games with the Big Red. He served as an alternate captain during his senior season.

Cornell, 29, played 12 games with the Sound Tigers last season and an additional 42 games with Worcester, recording 24 points (five goals, 19 assists). The Franklin, Mass. native also ranked second on the Railers with a plus-eight rating and collected 127 penalty minutes. Cornell has played 142 career AHL games with the Sound Tigers, St. John’s IceCaps, Charlotte Checkers and Springfield Falcons. He has 50 points (10 goals, 40 assists) and a plus-30 rating in 110 career ECHL games with the Railers and Florida Everblades. The 5’11, 190-pound blue-liner played four seasons at the University of Maine prior to turning pro and served as team captain during his senior campaign in 2012-13. Cornell produced 30 points (six goals, 24 assists) in 130 games with the Black Bears.

Gillam, 25, played a team-high 41 games with the Railers last season, posting a 23-14-2 record and earning ECHL all-star honors during his rookie campaign. He led the club in wins, goals-against-average (2.15), save percentage (.925) and shutouts (5), and helped Worcester qualify for the 2018 Kelly Cup Playoffs. The 6’0, 180-pound netminder also went 1-1-0 with a 2.88 goals-against-average in three post-season appearances. Gillam, a native of Peterborough, Ont., had a four-year career at Cornell University and posted a 47-28-17 record in 97 career games with the Big Red. He was named to the NCAA All-Ivy League Second Team on two occasions.