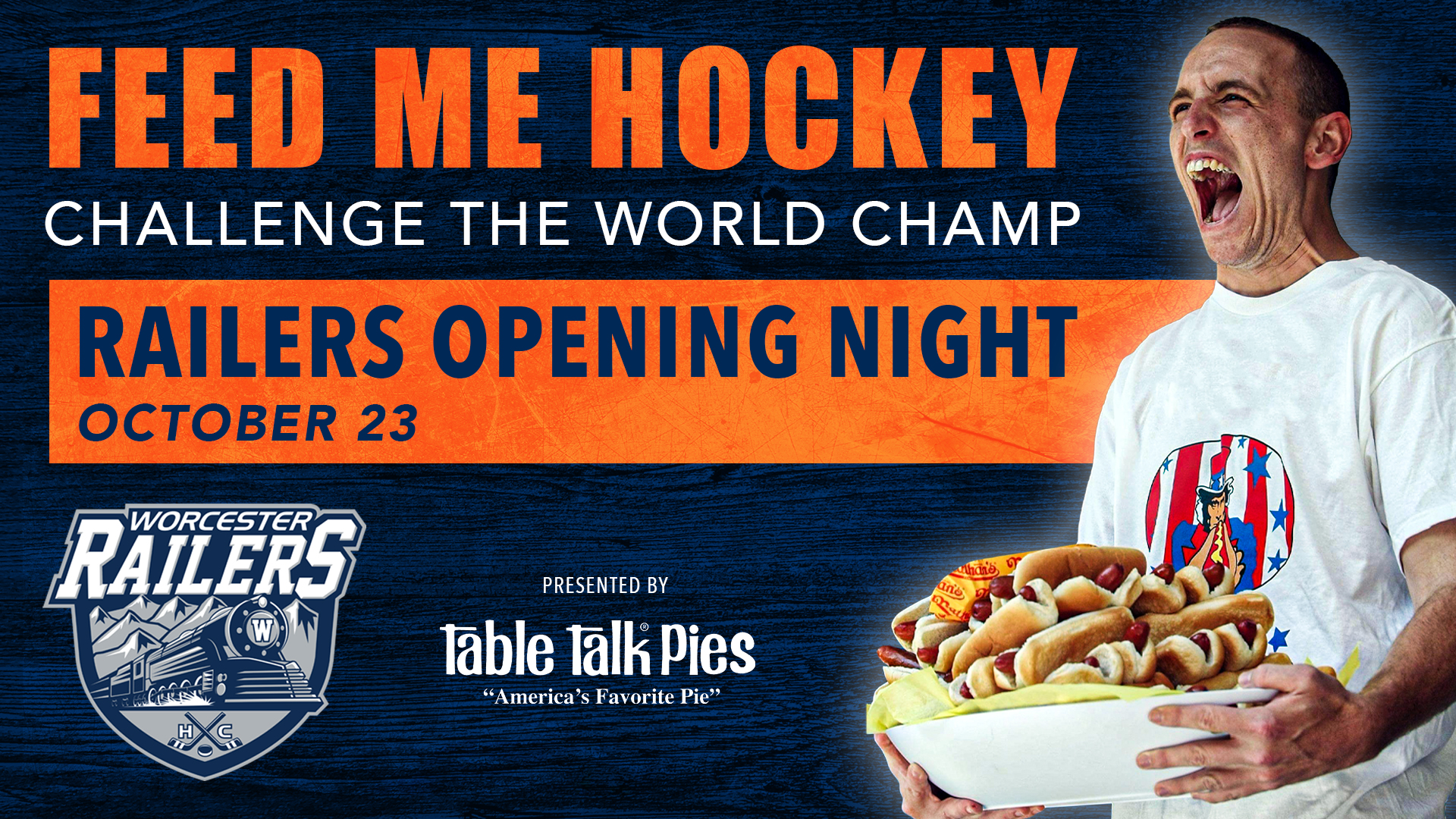 WORCESTER, Mass. – The Worcester Railers Hockey Club (@RailersHC), proud ECHL (@ECHL) affiliate of the New York Islanders (@NYIslanders) announced today that the World’s Top Professional Eater Joey Chestnut (@joeyjaws) will compete in a pie-eating contest during the first intermission of the Worcester Railers Home Opener presented by Table Talk Pies at the DCU Center on Saturday, Oct 23 at 7:35 p.m. vs. the Maine Mariners.

Ranked first in the world by Major League Eating and the 14-time Nathan’s Hot Dog Eating champion (2007-14, 2016-21), Joey Chestnut will meet with fans prior to the game before competing in a pie-eating contest on the ice during the first intermission. Chestnut will compete against local celebrities and two lucky fans.

Fans will have an opportunity to compete against the world record championship eater by purchasing a raffle ticket for $5 by clicking HERE. Funds raised will benefit the Worcester Railers HC Foundation. Two lucky winners will be selected and will receive two tickets to Opening Night and an opportunity to compete against Joey Chestnut. The raffle will close Oct 21 at 10 a.m. with winners being selected at random at noon. Competitors will be announced before Opening Night.

Joey Chestnut meet-and-greet ticket packages will be sold and will include a ticket to the game, a voucher for a pie from Table Talk Pies, and the opportunity to meet the champion before the game. Only 250 ticket packages are available. To purchase the “Feed Me Hockey” ticket package please click HERE.

“The Worcester Railers are excited to have Joey Chestnut launch the return of professional hockey to Worcester,” said Railers President, Stephanie Ramey. “Our fans have been hungry for hockey the last 18 months and we thought Joey Chestnut would be perfect to kick off our fourth season of ECHL action in Worcester.”