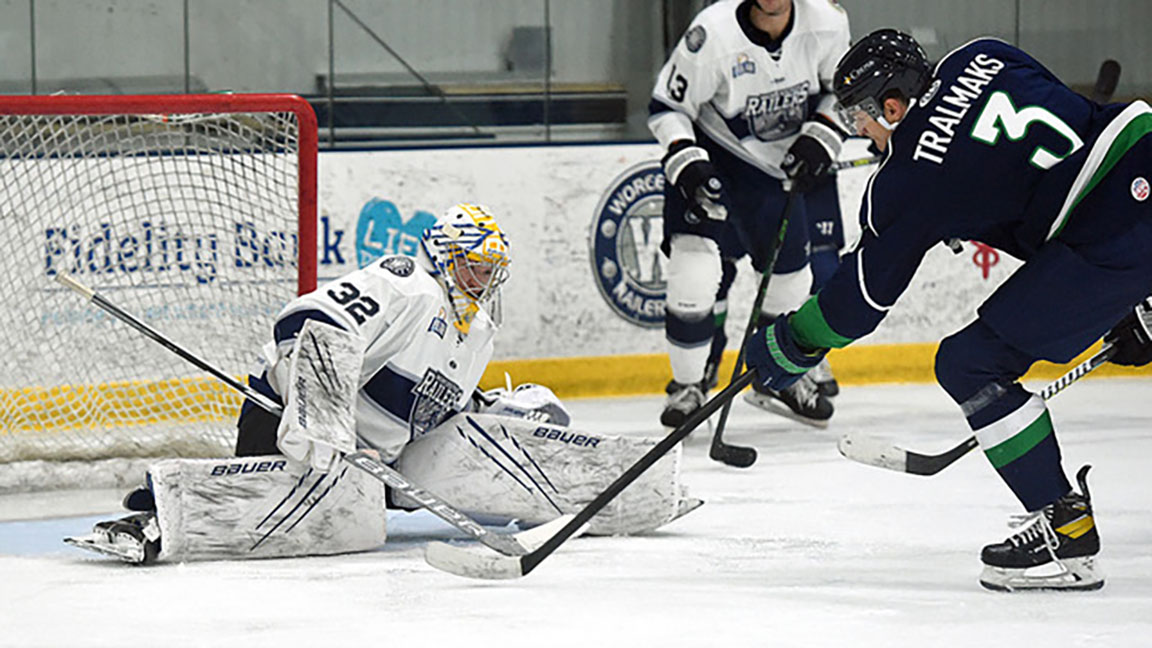 WORCESTER, Mass. – The Worcester Railers HC hosted the Maine Mariners at the Fidelity Bank Worcester Ice Center on Saturday night and came out on the losing end 3-1. The Railers and Mariners will start the regular season next Friday, Oct 22 up in Portland at the Cross Insurance Arena.

Drew Callin (1-0-1) got the scoring started on Saturday night but the Mariners received goals from Brendan Robbins (1-0-1), Eduards Tralmaks (1-1-2), and Matthew Santos (1-0-1). Colten Ellis made 28 saves on 30 shots in his first appearance with the Railers while Zachary Bouthillier made 16 saves and collected the victory for Maine.

Callin broke a scoreless game with 3:11 left in the first period receiving a feed from Erik Brown in the high slot. Callin then proceeded to spin around and fire it from his backhand over the glove of Zachary Bouthillier. Colten Ellis made nine saves on nine shots in the opening period.

Maine grabbed a 2-1 lead in the second frame receiving goals at the 12:44 and 15:06 mark. Each team had a power-play in the period but neither team was able to capitalize on their opportunity up a man.

Both the Railers and the Mariners exchanged chances in the final period of play but neither team would find the score sheet as the Mariners prevailed 2-1.