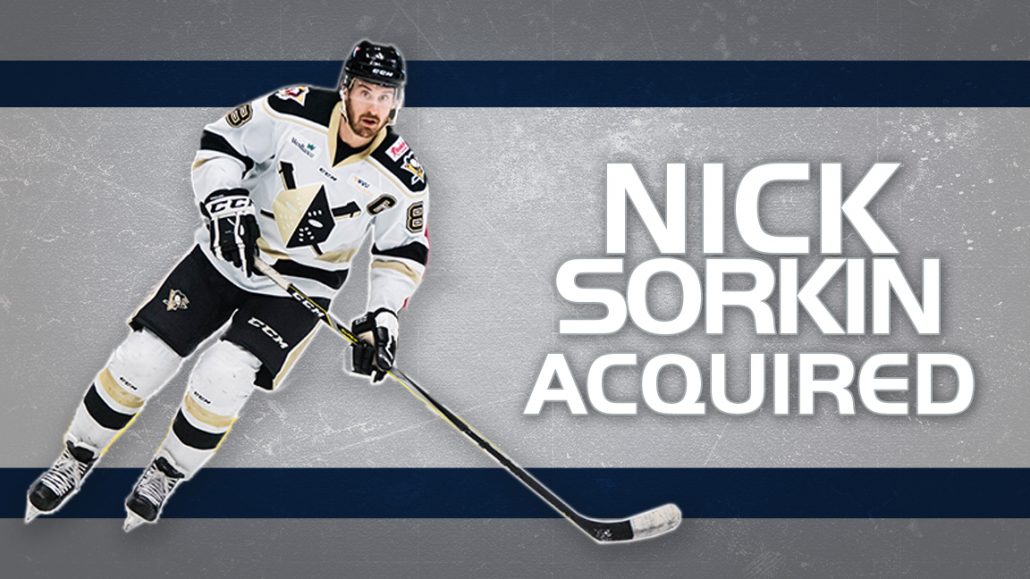 Nick Sorkin joins the Worcester Railers from Wheeling, where he played in 69 games and recorded nine goals, 49 assists for 58 points in the 2017-18 season and served as alternate captain. In the 2016-17 season, he played in 57 games and put up 14 goals, 43 assists, for 57 points and served as captain. Sorkin received two AHL call-ups during the ’16-’17 season to the San Diego Gulls and Wilkes-Barre/Scranton Penguins. He played a full season with the Hamilton Bulldogs of the AHL in 2014 and amassed 11 goals, 14 assists for 25 points in 68 games. He totals 126 games played in the ECHL with 23 goals, 92 assists for 115 points. In the AHL he totals 85 games played with 12 goals, 14 assists for 26 points.

The Rockville, MD native spent four seasons with the University of New Hampshire for a total of 142 games, 34 goals, 64 assists, and 98 points in the NCAA.

“We are excited to welcome Nick Sorkin to the Railers organization,” said Russell. “Nick is an elite ECHL talent that brings great size and experience to our group of forwards. He is versatile in that he can play the wing or center giving us flexibility when roster movement inevitably occurs.”

The Gang Returns from Vegas