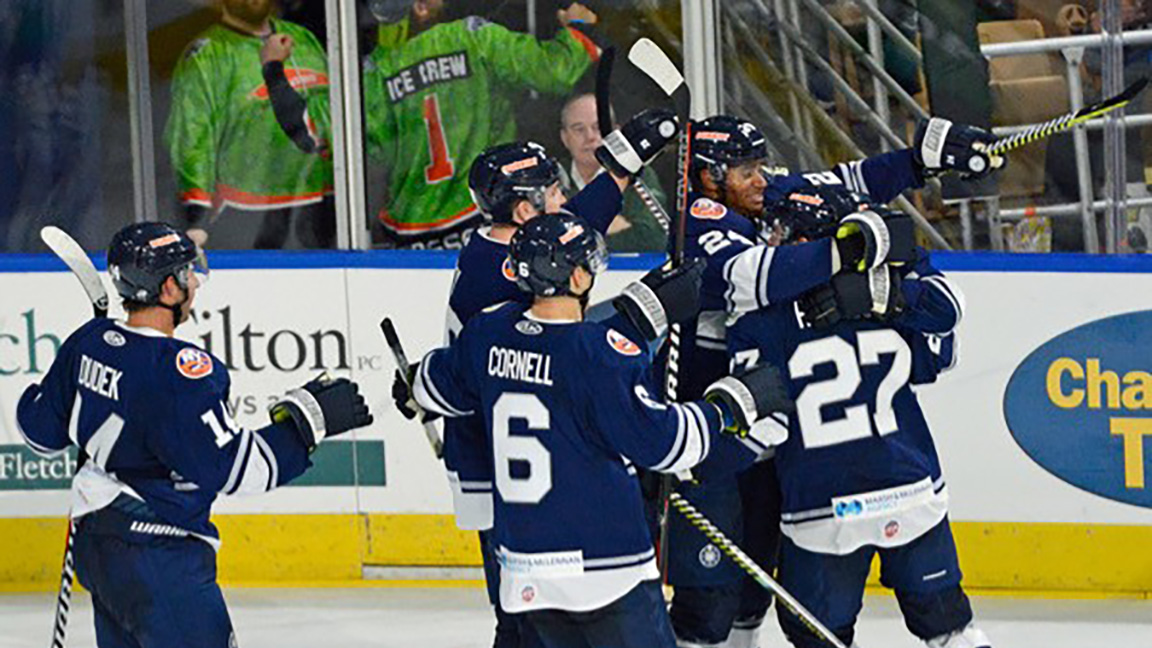 Despite falling behind 2-0 in the first 12:44 of the first period thanks to Mariner Dillan Foxthe Railers were able to come from behind and prevail 3-2 in a shootout. Tanner Ponddecreased the Railers deficit to one just nine seconds after Fox had scored his second of the game. Worcester would tie the game with just 2:09 remaining in regulation as Kyle Thomas scored for his second goal of the season. Nic Pierog was the only shooter to score in the shootout while Jakub Skarekearned his second win of the season stopping 24 of 26 shots he faced.

Worcester came out of the gates hot in the first period outshooting Adirondack 16-8 in the opening frame and took a 1-0 lead into the locker-room after 20 minutes of play thanks to a power-play goal from Tanner Pond at 5:45. In the second period Cody Payne would register his first professional goal at 11:03 increasing the Railers lead to 2-0. Unfortunately, the Thunder were able to score three straight goals and hand Worcester their first loss of the season.

Back on the Bus

On Friday, November 1 at 7pm vs. the defending Kelly Cup Champions the Newfoundland Growlers it will be a 2-3-4. Enjoy $2 popcorn, $3 sodas, and $4 bud lights in the Bud Light Zone on Hockey Fights Cancer Night presented by 100FM The Pike with a Moustache Giveaway. It is and INSTAGRAM FRIDAY presented by the EDGE at Union Station – snap a photo and win prizes in the IG Zone!

On Saturday, November 2 at 7pm vs. the Adirondack Thunder it is W6 Night with a specialty jersey and a Guns N Hoses Doubleheader highlighted by an appearance from Berkshire Bank Spokesperson Ray Bourque.

Tickets start at just $15! Click HERE to get your tickets today.