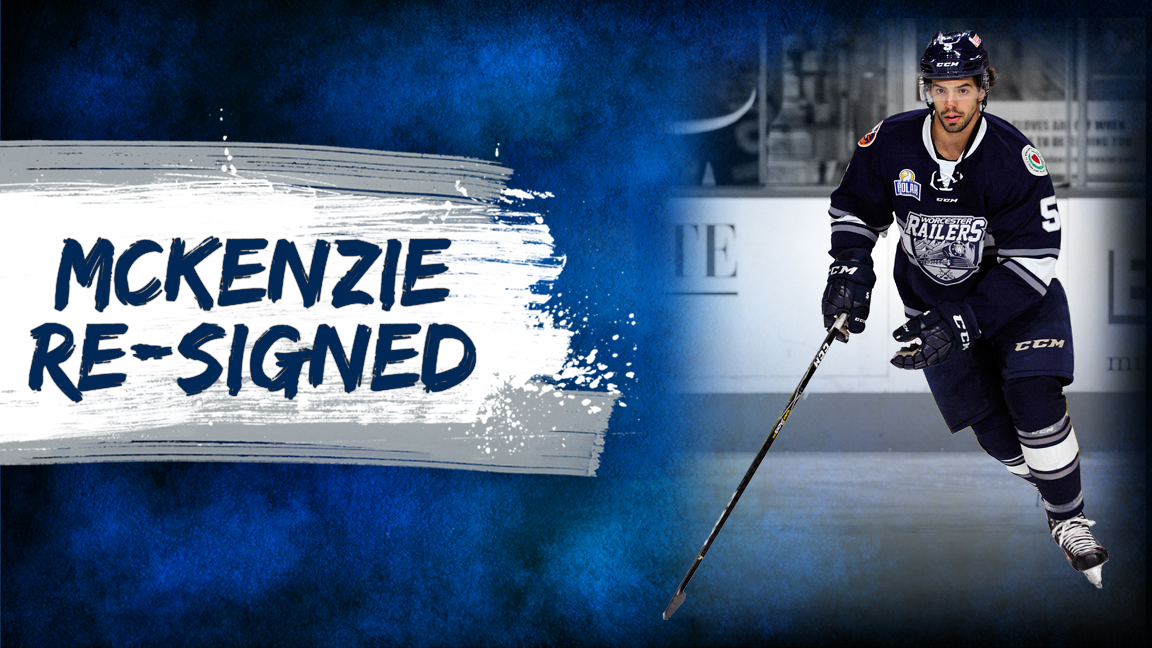 The 26-year-old defenseman returns for his third professional season after making his debut with the Railers in the 2017-18 season. McKenzie only appeared in 18 games last season posting two assists due to a season ending injury. He has appeared in 89 games for the Railers and has recorded three goals and nine assists for 12 points.

Before joining the Railers, McKenzie spent four seasons with Providence College (2013-17) where he played in a total of 153 games, second all-time at Providence, and recorded 23 assists, 159 penalty minutes and, a +40 rating. He won a National Championship with the Friars his junior season in (2014-15) and served as an alternate captain his senior year (2015-16).

Prior to the Friars in 2013, the 6-foot, 190lb Aston, PA native played for the Dubuque Fighting Saints of the USHL, and helped Dubuque to a first-place finish in the East Division in 2012-13. He posted two goals and six assists in 57 regular-season games, and had a +23 rating on the year and had 105 penalty minutes, helping Dubuque Sweep the Fargo Force to win the Clark Cup as USHL Champions.

“We are excited to have Kyle back and healthy for his third year with the Railers,” said Russell. “Kyle will be a big part of our penalty kills success and will move the puck up the ice nicely for us.”