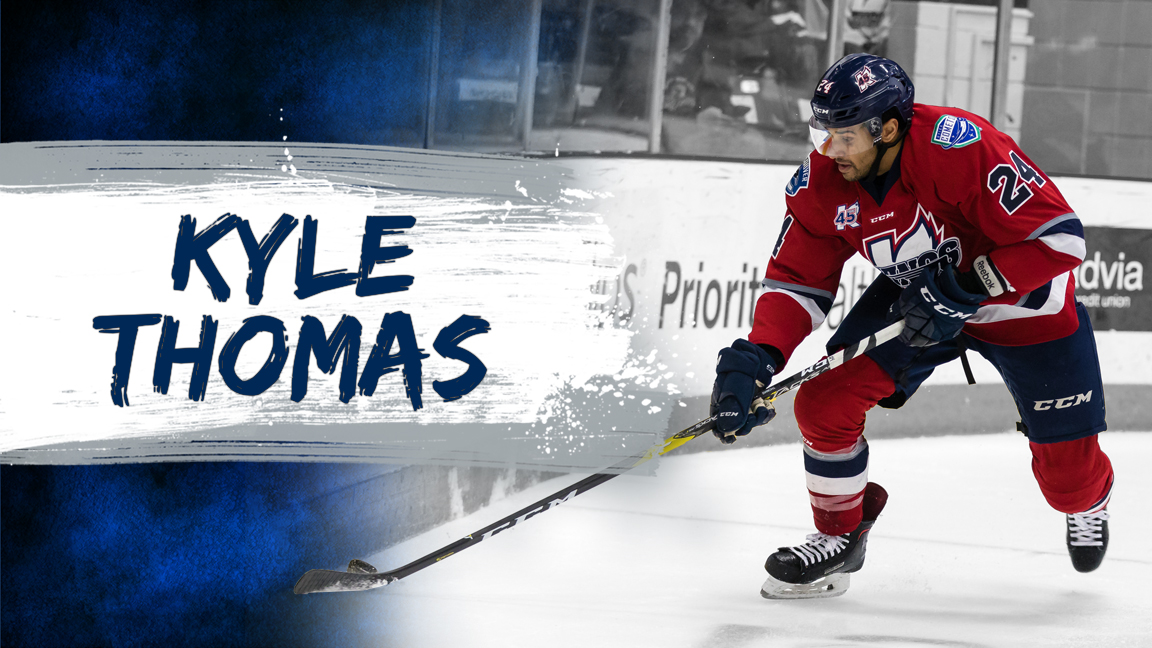 The 29-year-old forward enters his seventh professional season after playing for the Kalamazoo Wings last season where he scored 15 goals and 23 assists (15-23-38) and had a personal ECHL career long 15 game point streak last season from January 16thto February 20thscoring 12 goals and 10 assists (12-10-22). On February 21st, 2019, Thomas was recalled by the Utica Comets (AHL) where he ended up playing in six games scoring one goal and one assist (1-1-2).

“Kyle has a tremendous track record and we are very excited to have him as a Railer,” Russell said. “Kyle has shown that he can put up big numbers offensively and I know our fans will love his gifted offensive abilities as well as his hard work ethic.”