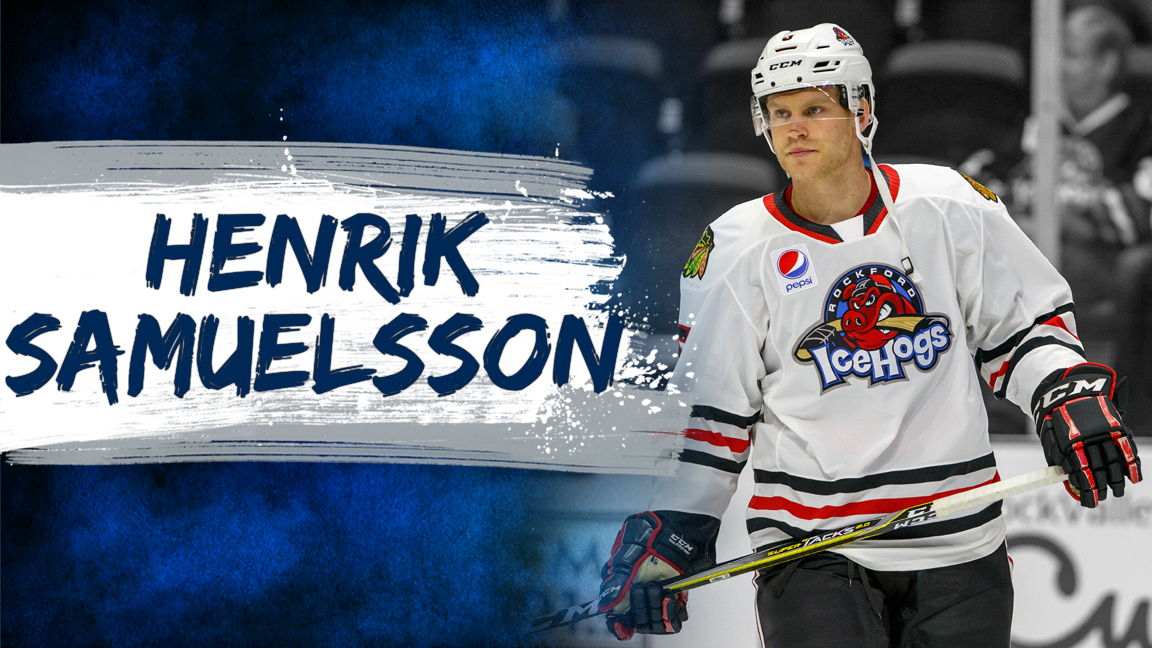 Samuelsson was drafted in the first round of the 2012 NHL Entry Draft by the Arizona Coyotes.

The 25-year-old enters his sixth pro season after spending last year with the Rockford IceHogs (AHL) recording seven points (2-5-7) in 40 games and with the Idaho Steelheads (ECHL) tallying 10 points (5-5-10) in 23 games.

A former first round draft pick (27th overall) by the Arizona Coyotes in the 2012 NHL Entry Draft, Samuelsson skated in three NHL games with the Coyotes during the 2014-15 season.

The Pittsburgh, PA native has played 201 AHL games registering 74 points (34-40-74) from 2014-19 with the Rockford IceHogs, Portland Pirates, Springfield Falcons, Tucson Roadrunners, and Bakersfield Condors. Samuelsson has also spent parts of the last two seasons in the ECHL with the Idaho Steelheads recording 54 points (21-32-54) in 72 games.

Samuelsson is the son of two-time NHL Stanley Cup Champion, Ulf Samuelsson, who played 16 seasons in the NHL from 1984-2000.

“Henrik is a big strong forward that will be able to grind down opponents,” Russell said. “He brings a lot of experience to our roster and will be a key addition to our locker room.”

Players will report to Worcester Sep. 29th and will get on the ice Sep. 30th for Day 1 of Training Camp. Full schedule to come.