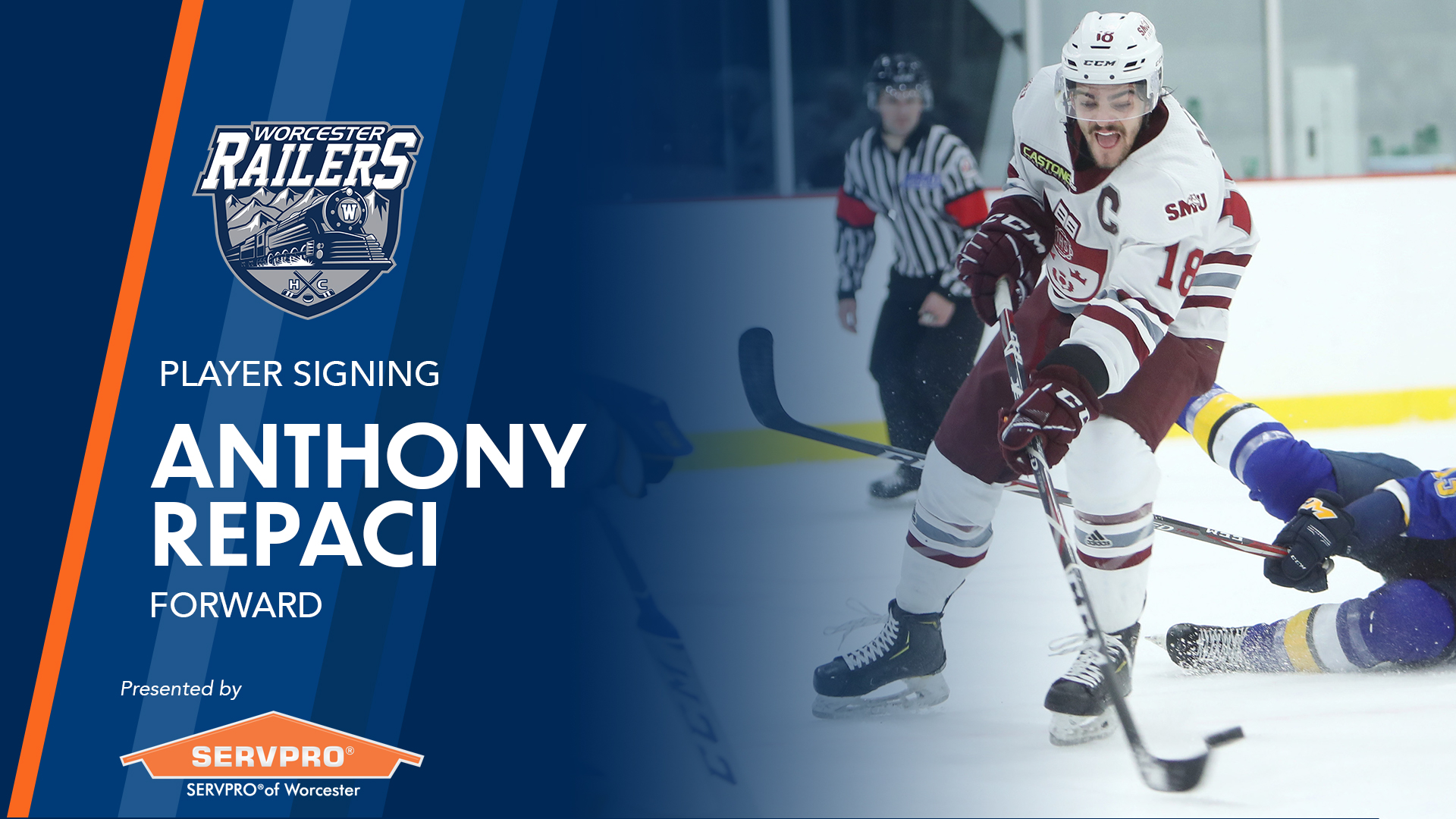 Anthony Repaci, 26, is entering his rookie season after spending the last five seasons playing at Saint Mary’s University in Halifax, Nova Scotia where he accumulated 118 points (60 goals, 58 assists) in 126 career games and an additional 28 points (15 goals, 13 assists) in 29 playoff games. While serving as team captain this past season, the 5-foot-11, 160lb forward set his university-career high of 33 points (16 goals, 17 assists) in 30 games.

“Adding Anthony to our hockey club is a huge plus for us,” Cunniff said. “He is a smart hockey player that has a great knack for getting to the net and was a proven goal scorer at the Canadian university level. Anthony can move up and down the ice quickly and I think his game will translate well over to the pro level.”

Stay safe… and for the most up to date information on all things Railers – please visit  www.RailersHC.com  or follow our social media channels.