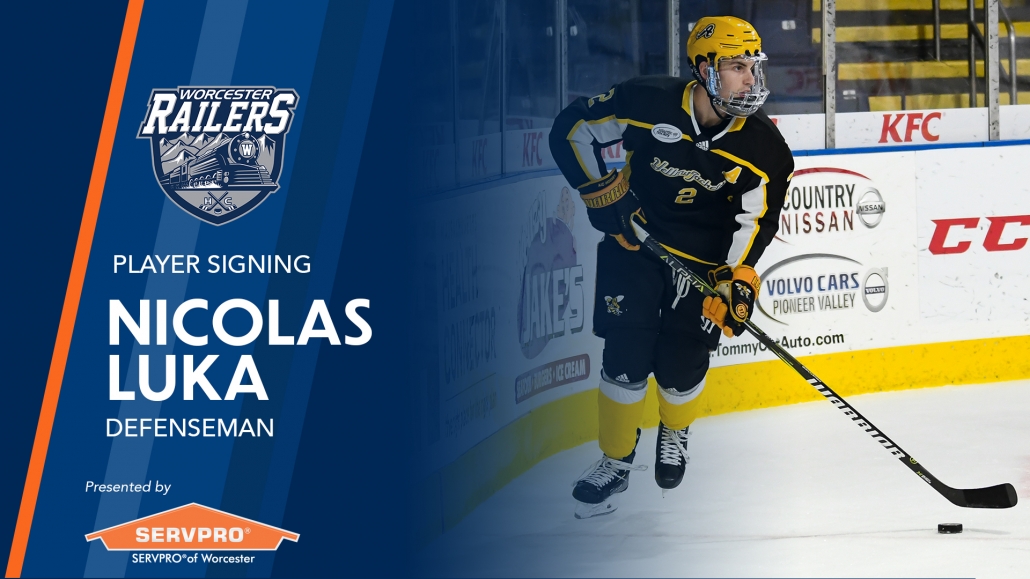 Luka served as an alternate captain at AIC this past season

Nicolas Luka is entering his rookie season after spending the last four years at American International College (AIC) where he accumulated 42 points (seven goals, 35 assists) along with 72 penalty minutes in 135 career games. The 5-foot-11, 175lb defenseman was an alternate captain this past year during his senior season, totaling eight points (one goal, seven assists) in 30 games. Prior to his time at AIC, the 25-year-old played two seasons in the North American Hockey League (NAHL) with the Coulee Region Chill, registering 52 points (10 goals, 42 assists) in 112 games. During both the 2014-15 and 2015-16 season, the Bartlett, IL native was named to the NAHL All-Midwest Division Team.

“I’m very happy and humbled that Nico chose Worcester to start his pro hockey career,” Cunniff said. “During his strong four years at AIC, Nico improved each season and was voted top defensive player for the Yellow Jackets this past season. He is a selfless person and player who will do whatever is needed to help the team win.”