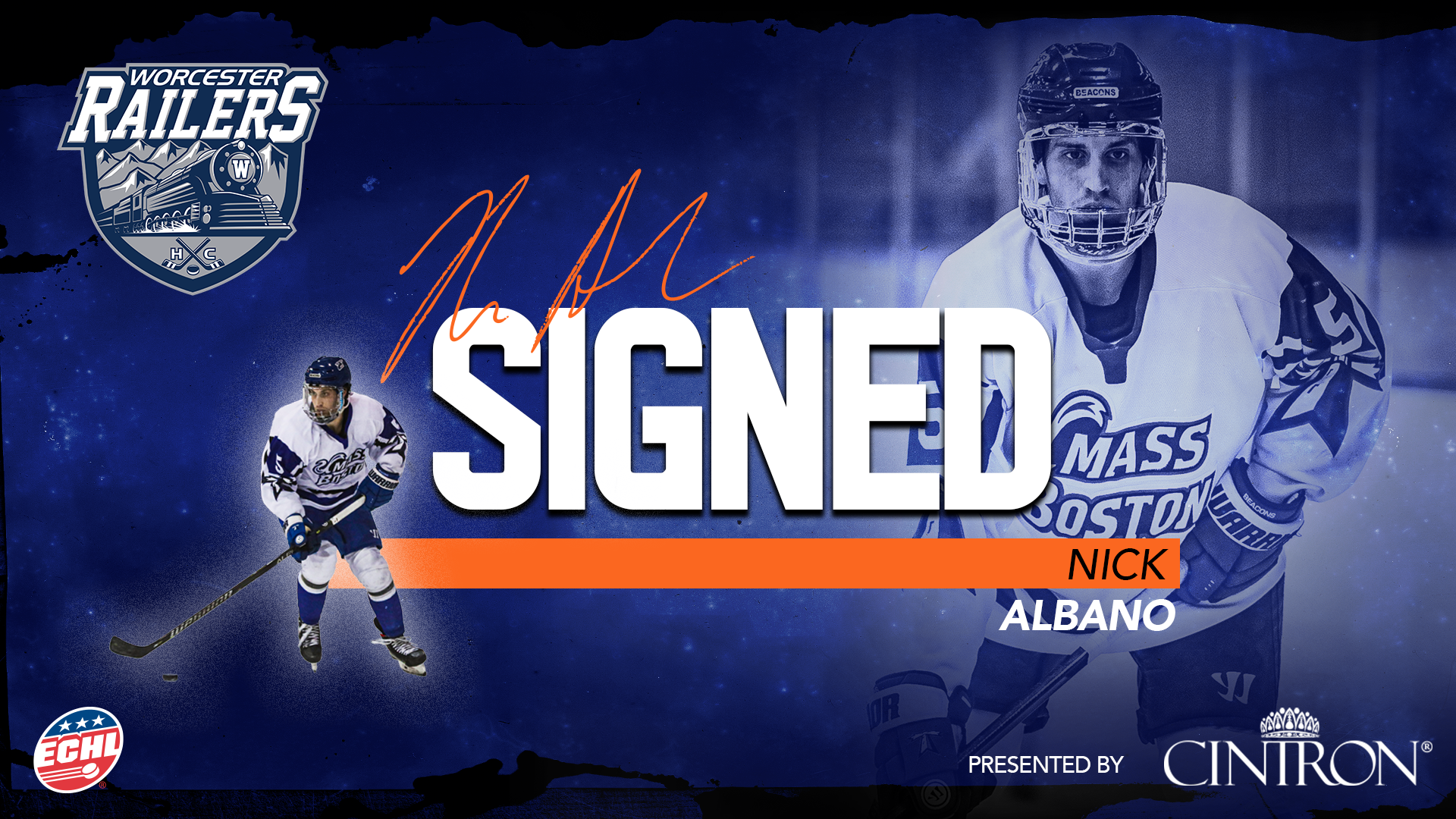 Nick Albano enters his rookie season after a record-breaking career at UMass Boston from 2017-20 accumulating 85 points (21 goals, 64 assists) in 79 career games. During his freshman season in 2017-18, he was named National Rookie of the Year and an All-American while finishing third in the country amongst Division III defensemen with 35 points (eight goals, 27 assists). After the conclusion of his freshman campaign, the Beverly, MA native attended Boston Bruins development camp in the summer of 2018. During his junior season in 2019-20, he tallied 28 points (seven goals, 21 assists) and became the first three-time American Hockey Coaches Association (AHCA) All-American in program history.

Before college hockey, the 6-foot-1, 180lb defender spent the 2015-16 season in the USPHL Premier with the Portland Jr. Pirates, leading the club with 27 points (eight goals, 19 assists). A year later, he suited up with Islanders Hockey Club in the USPHL Premier notching 15 points (three goals, 12 assists), and appeared in 22 games with the Des Moines Buccaneers of the USHL.

“Nick is a skilled player that will make plays with the puck and works extremely hard to get it back when we don’t have it,” said Cunniff. “I love the fact that he has second and third effort to his game. He is going to surprise a lot of people this season and will have the whole league talking about him soon.”

The Railers now have nine players signed for the 2021-22 season as Nick Albano joins Jordan Lavallee-Smotherman, Grant Jozefek, Nolan Vesey, Drew Callin, Ross Olsson, Liam Coughlin, Myles McGurty, and Tyler Poulsen. All player signings are brought to you by Cintron World, with more announcements expected over the next few weeks.