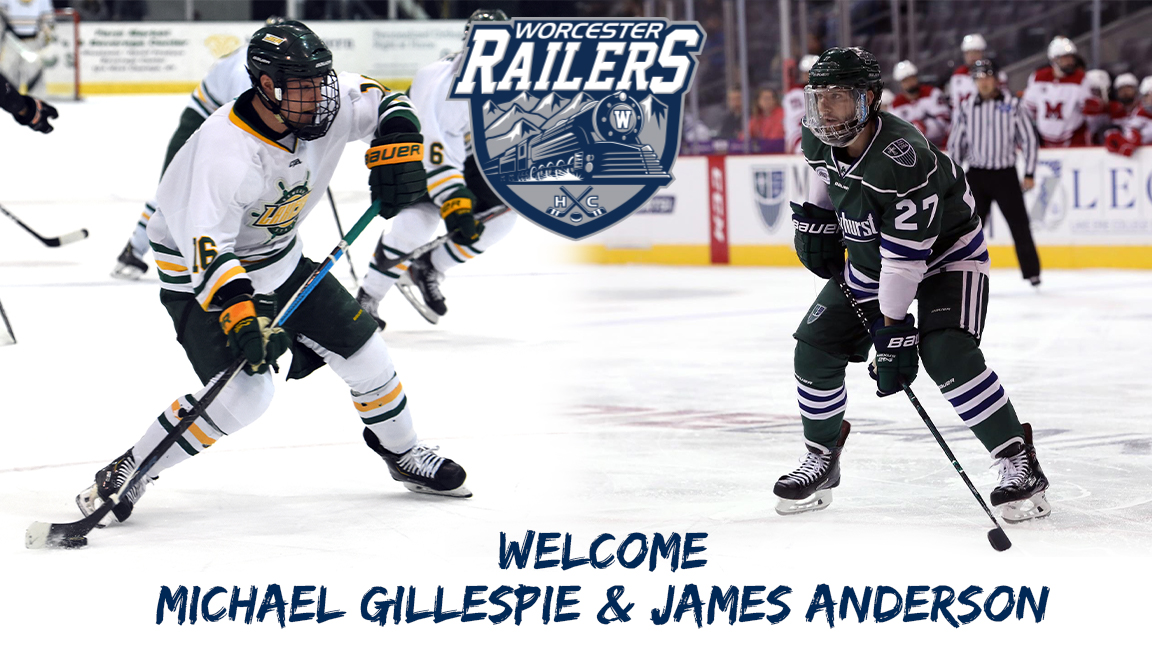 James Anderson and Michael Gillespie join the Railers out of college

Michael Gillespie, a 5-foot-8 170lb forward from New City, NY joins the Worcester Railers after playing three seasons at SUNY-Oswego where he played 76 games accumulating 74 points (23-51-74). The 23-year-old spent part of the 2015-16 season at Ohio State University where he played eight games scoring one goal. In 2013-14 Gillespie was named the EHL Rookie of the Year while playing for the New Jersey Rockets totaling 54 points (14-40-54) in 41 games.