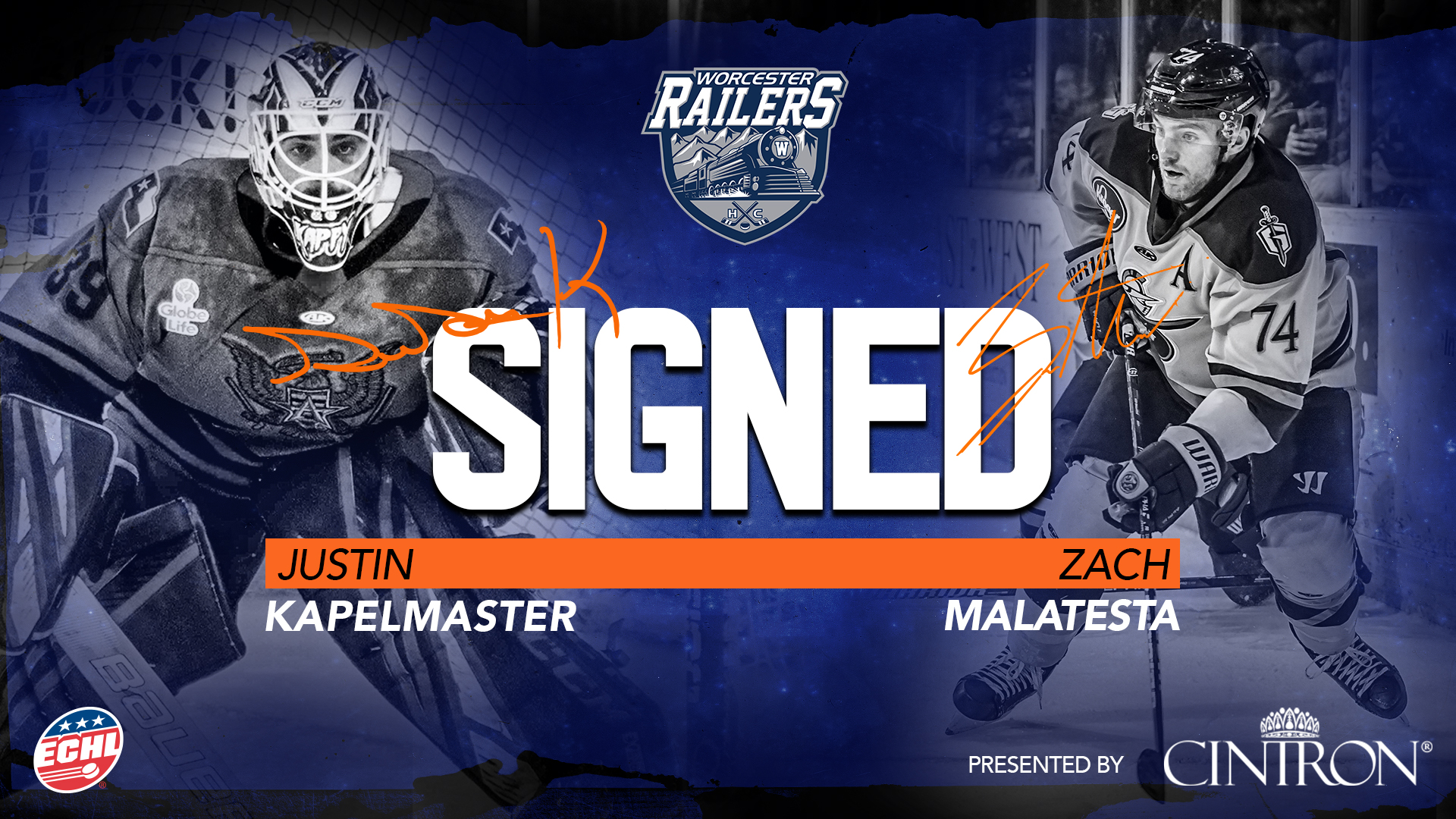 Justin Kapelmaster, 25, enters his first full professional season after splitting the 2020-21 season between the ECHL and the AHL. The Coral Springs, FL native began the year in the ECHL with the Allen Americans appearing in 19 games posting a 2.96 goals against average (GAA) and a .905 save percentage (SV %). The 6-foot-1, 216lb goaltender then signed a PTO with the Cleveland Monsters in the AHL on Apr. 28, 2021, and went on to win both games he started in while posting a 1.95 GAA and .933 SV%. Kapelmaster then went on to sign with the Fort Wayne Komets in the ECHL and was a member of the Komets Kelly Cup Championship team while appearing in three games. Prior to turning pro, he went 29-37-7 with six shutouts, a 2.71 GAA, and a .921 SV% in 78 career NCAA appearances for Ferris State University and Robert Morris University in four seasons from 2016-20.

The Worcester Railers look forward to welcoming fans back to the DCU Center for their Home Opener on October 23 vs. the Maine Mariners! For all information regarding the upcoming season, visit RailersHC.com or call 508-365-1750 to secure your seats.