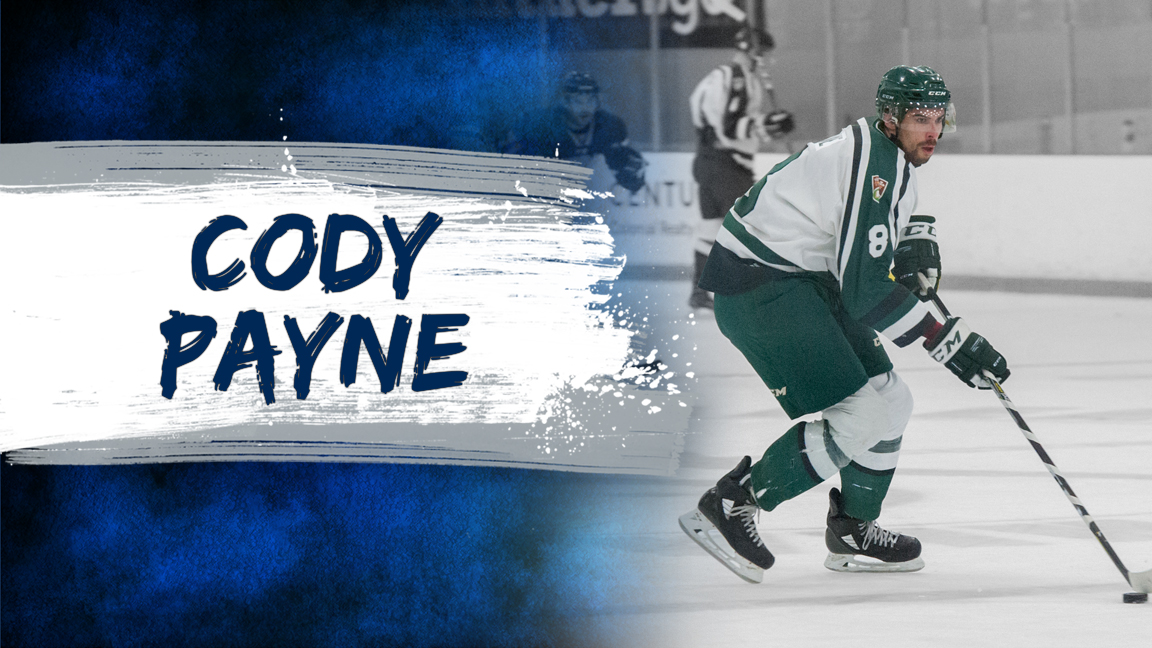 The 25-year-old enters his first pro season after spending the last three seasons from 2016-19 at the University of Prince Edward Island (USports) recording 70 points (39-31-70) along with 174 PIMS in 88 games and was a teammate with Ryan Mackinnon.

Prior to playing at the University of Prince Edward Island, Payne spent five seasons in the OHL from 2010-15 with the Oshawa Generals, Plymouth Whalers, Saginaw Spirit, and Niagara IceDogs accumulating 140 points (69-71-140) along with 281 PIMS in 286 games.

The Weston, FL native was drafted by the Boston Bruins in the fifth round of the 2012 NHL Entry Draft (145th overall).

“Cody is a big bodied forward that can play the wall or up the middle,” Russell said. “He can score and will develop into a solid two way forward that is hard to play against.”