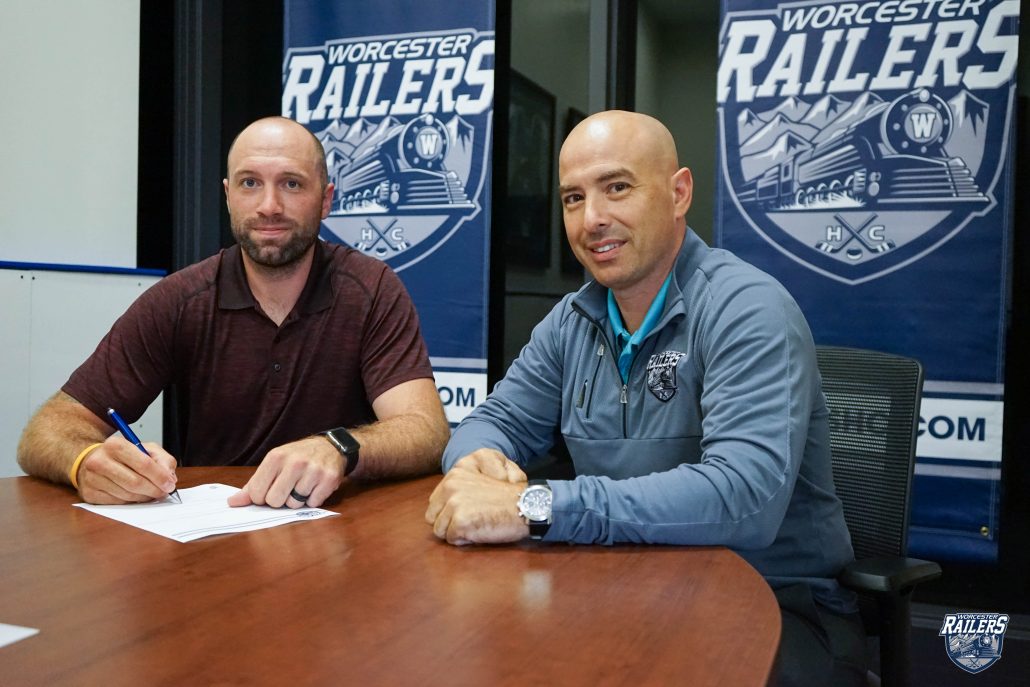 Now entering his 12th professional season, Rome has played in 294 AHL games for Worcester, Toronto, Hershey, and Portland totaling 40 goals, 38 assists, and 245 penalty minutes. Rome was a member of the 2010 Hershey Bears Calder Cup championship team, where he recorded five points in 10 playoff games. He has also suited up in 132 ECHL games for Phoenix, Idaho, Greenville, and Manchester scoring 54 goals, 44 assists, and 288 penalty minutes.

The 31-year-old native of Nesbitt, Manitoba has also spent parts of five seasons in the DEL with Dusseldorfer, Schwenninger, and Iserlohn, totaling 158 games played, 58 goals, 49 assists and 337 penalty minutes.

“Ashton is a big winger that will bring an element of sandpaper to our lineup. He finishes his checks, and can find the net,” said Russell. “He has a proven track record in the ECHL and AHL, and will be a veteran leader for our younger guys to look up to.”

Rome was originally selected by the Boston Bruins in the fourth round of the 2004 NHL Draft, and then again by the San Jose Sharks with the 143rd overall pick in 2006.

The Railers are expected to announce more player signings upon approval from the ECHL in the upcoming weeks.

The Worcester Railers Hockey Club, a proud member of the ECHL, will play their inaugural game at the DCU Center on Oct. 14, 2017 vs. the Manchester Monarchs. Full season memberships start at just $432 for 36 regular season games at the DCU Center and can be purchased by calling the Railers front office at 508-365-1750 or by visiting www.RailersHC.com.

Worcester Railers HC Night at the Bravehearts!
Scroll to top