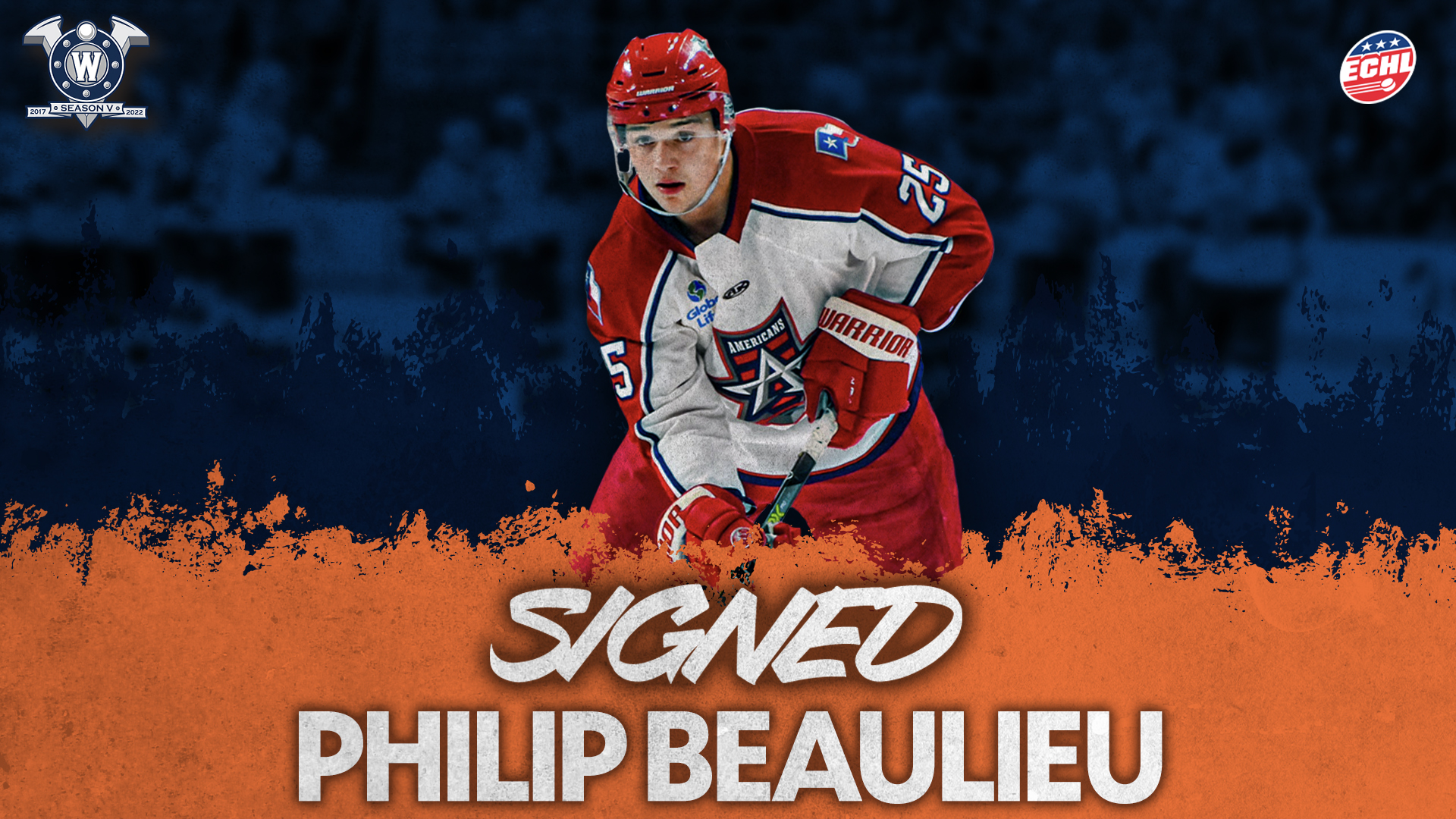 Beaulieu, 27, joins the Railers after spending the past two seasons with the Allen Americans. With Allen, the 5-11, 194lb defenseman recorded 61 points (13G, 48A), in 102 games, leading all defensemen in his time with the team while maintaining a plus/minus of +19. The Duluth, MN native has been called up to the AHL once in his career, joining the Iowa Wild for a single game during the 2020-21 season. Beaulieu played his college hockey with the Northern Michigan Wildcats, tallying 118 points in 157 games played. A captain in his senior year, his 118 career points are good for fourth all-time among Northern Michigan defensemen, while his 92 assists place him second all-time among defensemen in program history. Upon the conclusion of the 2018-19 season, Beaulieu was named the WCHA defensive player of the year after leading Northern Michigan in assists with 29 whilst being a +14 player.

“Philip will bring a level of experience, as well as an offensive upside that we were missing on the backside last year,” Lavallee-Smotherman said. “He’s going to be a guy who will come in and be able to run a power play for us, and put up numbers on the back end.”