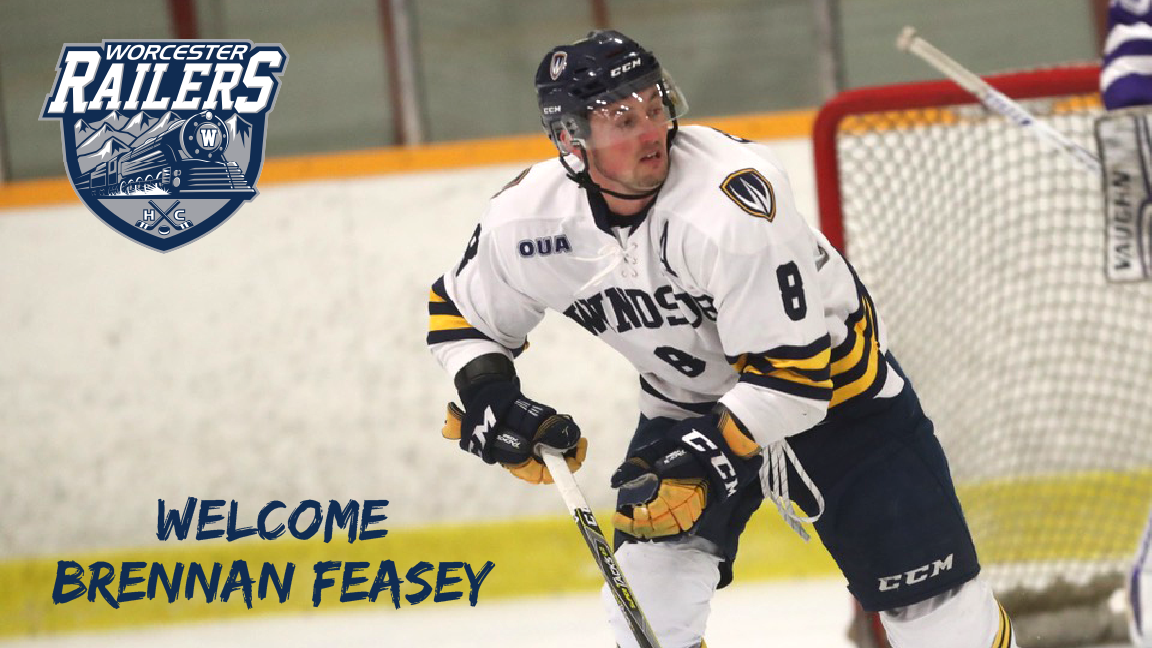 Brennan Feasey, a 5-foot-11 180lb forward from Strathroy, ON joins the Worcester Railers after playing five seasons at the University of Windsor from 2015-20 where he played 112 games accumulating 72 points (38-34-72). Prior to heading to the University of Windsor the 25-year-old led the Greater Ontario Hockey League (GOJHL) in scoring with the Chatham Maroons during the 2014-15 season where he played 48 games totaling 90 points (41-49-90).

Feasey will wear jersey number 22 and is expected to be in the lineup tonight vs. the South Carolina Stingrays.

Railers Tackle The Beast With a 4-2 Win