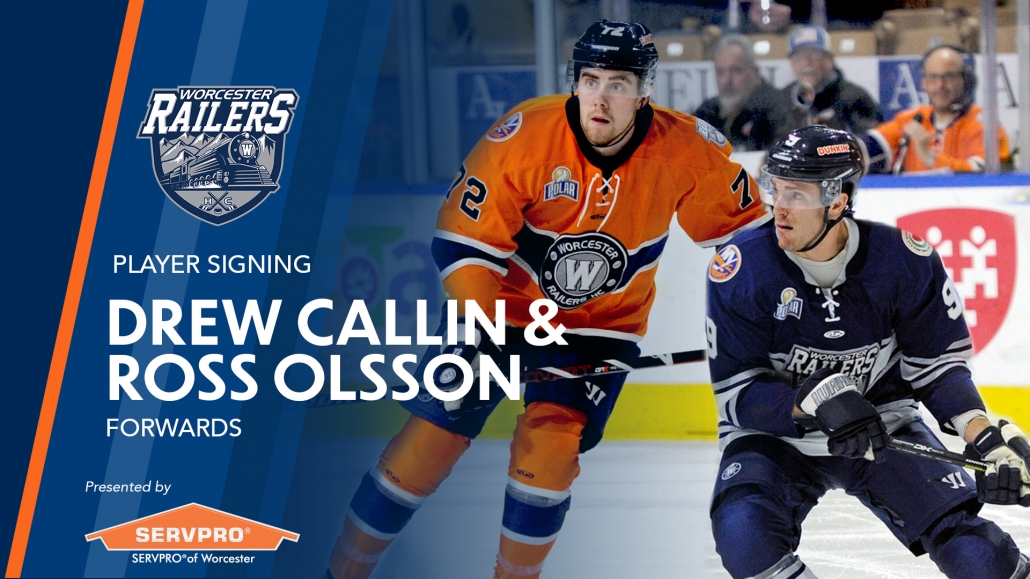 Drew Callin enters his second professional season with the Railers after finishing fourth on the team with 25 points (14 goals, 11 assists) in 54 games. The 14 goals scored from the Middleton, WI native ranked tied for third on the club. After spending four years at Bentley University (2015-19) accumulating 90 points (28 goals, 62 assists) in 141 games and being named Atlantic Hockey Association (AHA) Best Defensive Forward during his senior campaign, the 6-foot-3 205lb forward debuted with the Railers in March 2019 and tallied four points (three goals, one assist) in six games.

“I’m looking forward to building off the success I had in the second half of the season last year,” Callin said. “It took me awhile to get going during the first half of the season but once I found confidence in my game, it really helped me become a better player. Having a full year under my belt I now know what I have to work on this summer to make sure I am ready to go once we drop the puck.”

“I’ve been working a lot on my skating so far this summer and developing a quicker first step,” Olsson said. “Last year I was really able to grow as a hockey player and learn how to be a pro from some of our older guys on the team. The support we had on and off the ice last year was tremendous and we can’t wait to reward them with a winning season this year.”

“Coming in at the end of November and watching these guys grow during their rookie year was a lot of fun,” Cunniff said. “When I sat down with Olly and Cal at the end of last season, I made it clear that I wanted to have them back on my team for this upcoming year. Their work ethic speaks for itself and I’m looking forward to seeing them grow even more in their second season.”

The Railers now have four players signed for the 2020-21 season as Drew Callin and Ross Olsson join Jordan Smotherman and Connor Doherty. All player signings this offseason are brought to you by SERVPRO of Worcester, with more announcements expected over the next few weeks. Click HERE for the most up to date roster.