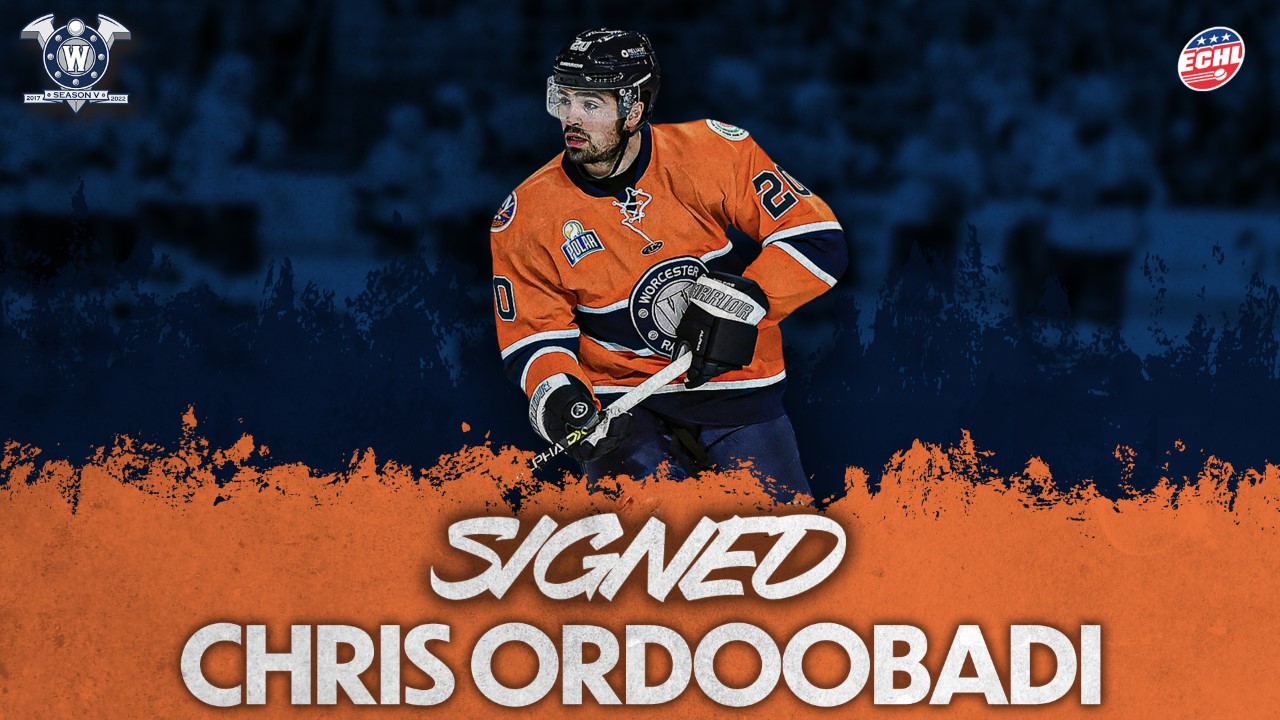 Ordoobadi, 27, returns to the Railers after having joined the team midway through the 2021-22 season. Last season in Worcester, Ordoobadi recorded two points (1G, 1A) across his twelve games played. Having started the season with the Norfolk Admirals, Ordoobadi tallied five points (1G, 4A) in 18 games played. The 6-4, 220lb forward first played in the ECHL for the Maine Mariners during the 2018-19 season, playing in two games in Maine after splitting his four years of college hockey between Neumann University, where he scored 18 points (10G, 8A) in 43 games, and Lawrence University, where he played in fifteen games. The Washington, DC native then made stops with the Roanoake Raildawgs of the SPHL, and both Olofströms IK and Surahammars IF in Sweden, all during the 2019-20 season.

“We had a couple of games last year where I felt we got pushed around,” Lavallee-Smotherman said. “Having a tough body like Ordo’s around is going to be super helpful in games like that”