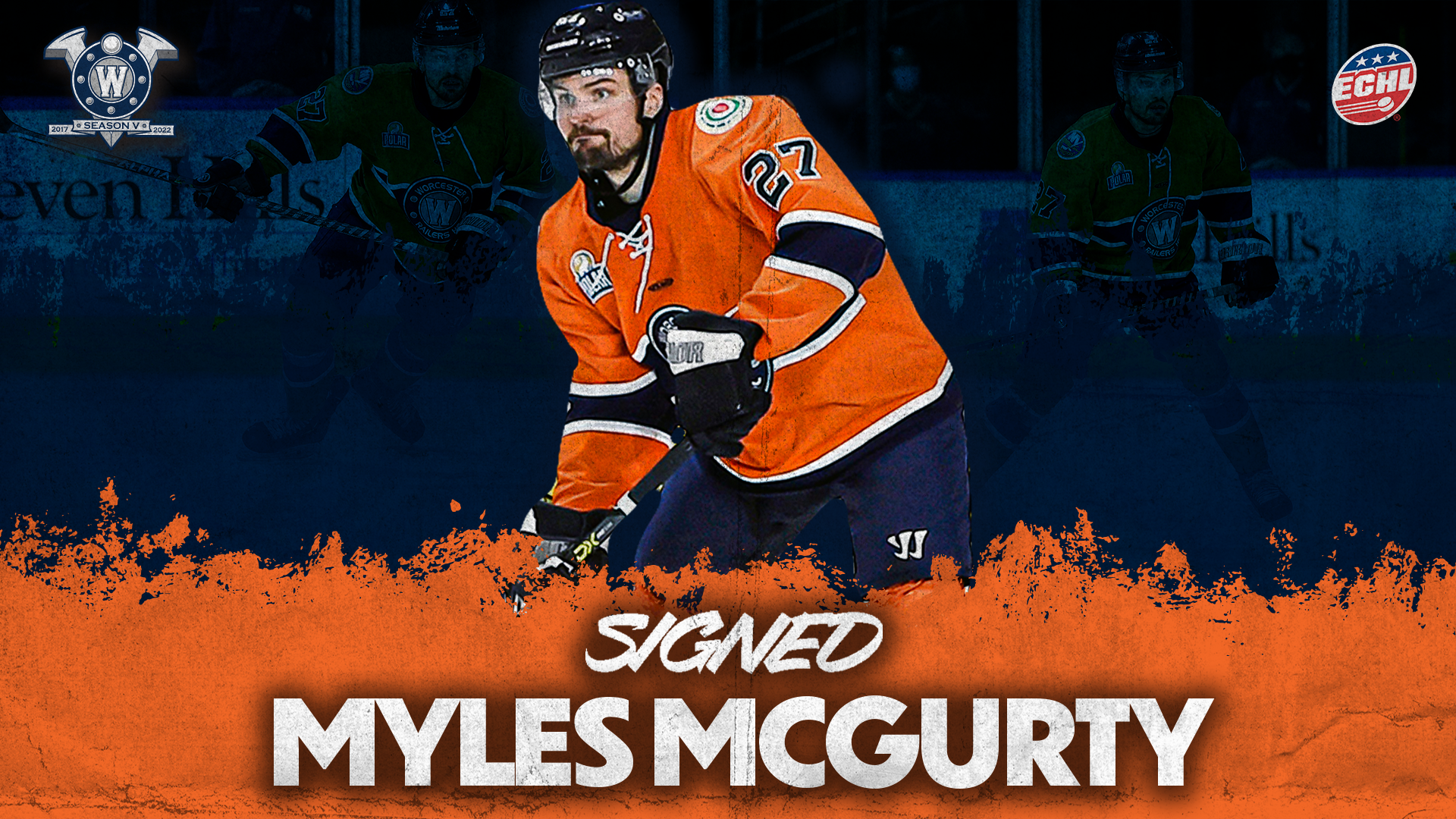 McGurty, 28, enters his fourth professional season after recording 10 points (1G, 9A) in 60 games while finishing fourth on the Railers with a +8 rating. The 6-foot-2, 190lb defenseman was acquired by the Railers from the Rapid City Rush on February 18, 2020. He went on to play nine games for Worcester, tallying two points (1G, 1A). At the time McGurty was acquired from the Rush, he had played 49 games –  the most by any player on the team – registering 19 points (1G, 18A). Over his first three professional seasons he has skated in 143 career ECHL games accumulating 35 points (3G, 32A). Prior to turning pro, the Weehawken, NJ native spent parts of five seasons at Dalhousie University in Halifax where he played 101 games amassing 41 points (8G, 33A).

“Myles battled hard through a long season for us last year and finished the year playing his best hockey,” Lavallee-Smotherman said. “He fought through an injury when we were short numbers and played huge minutes at the most important moments of games. I’m excited to have him back and see his game take off right where it left off.”

The Railers have announced two players officially signed for the 2022-23 season as Myles McGurty joins Liam Coughlin as the two signees. More announcements are expected over the next few weeks.

The Worcester Railers HC 2022-23 opening weekend at the DCU Center is Saturday, October 22nd and October 23rdvs. the Adirondack Thunder. Season memberships for the 2022-23 season and group packages are on sale now by calling the Railers front office at 508-365-1750 or by visiting RailersHC.com.