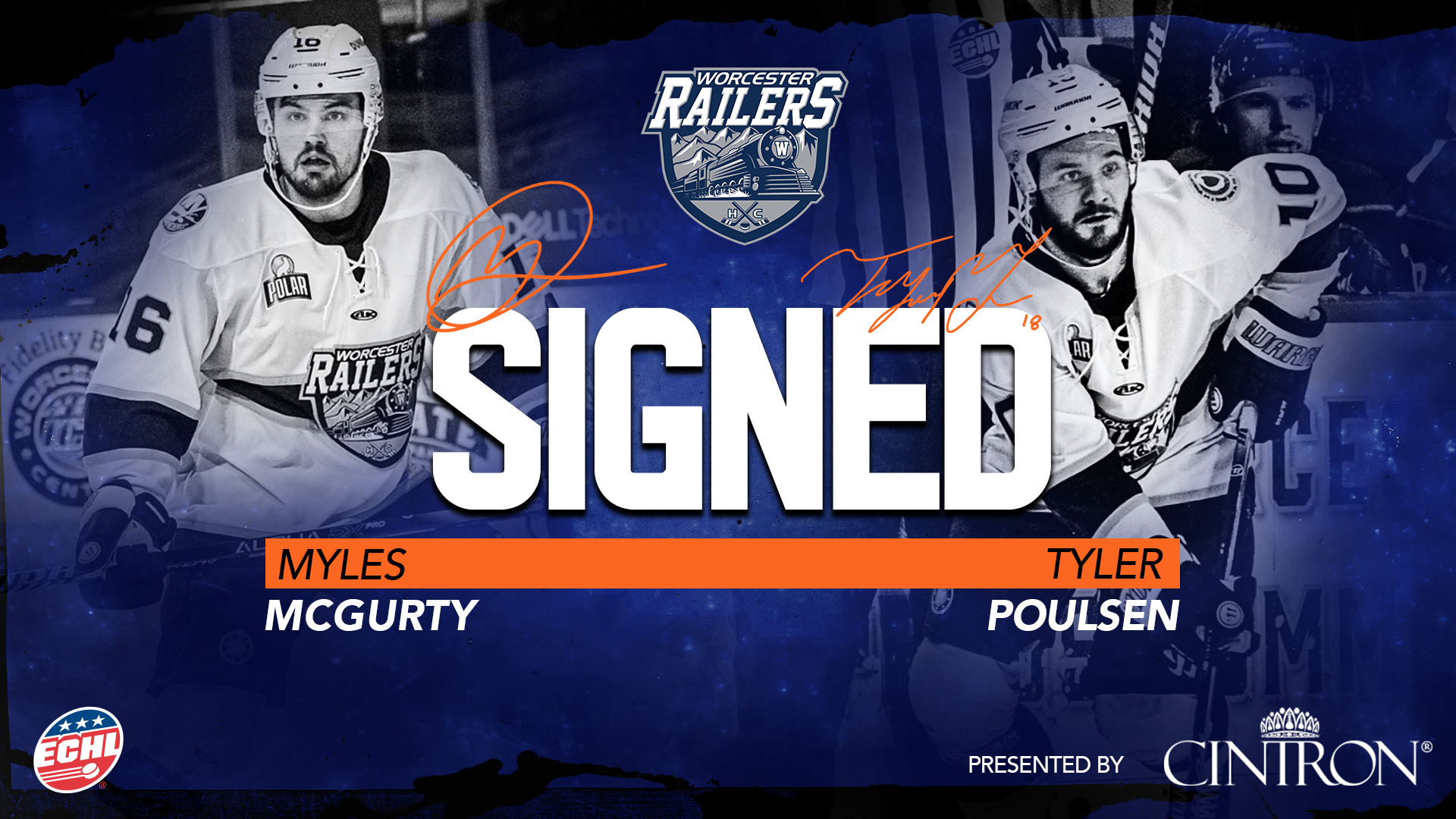 Myles McGurty is entering his third professional season and his second stint with the Railers. The 6-foot-1, 201lb defenseman was acquired by the Railers from the Rapid City Rush on February 18, 2020. He went on to play nine games for Worcester, tallying two points (one goal, one assist). At the time McGurty was acquired from the Rush, he had played 49 games –  the most by any player on the team – registering 19 points (one goal, 18 assists). The 26-year-old has skated in 83 ECHL games accumulating 25 points (two goals, 23 assists). Prior to turning pro, the Weehawken, NJ native spent parts of five seasons at Dalhousie University in Halifax where he played 101 games amassing 41 points (eight goals, 33 assists).

Tyler Poulsen is entering his third professional season and his second stint with the Railers. The 5-foot-9, 175lb forward was acquired by the Railers from the Rapid City Rush on February 18, 2020. He went on to play 10 games for Worcester, tallying five points (four goals, one assist). Poulsen had played 46 games for the Rush before joining the Railers, registering 20 points (10 goals, 10 assists). The Arvada, CO native ranked fourth on Rapid City in scoring during his rookie year in 2018-19, tallying 30 points (15 goals, 15 assists) in 57 games. Prior to turning pro, the 27-year-old spent three seasons at the University of Alabama Huntsville where he played 88 games accumulating 38 points (15 goals, 23 assists).

“Myles and Tyler were two guys we acquired late in the 2019-20 season that played a big role on our team,” said Cunniff. “Myles is a tough right-handed defenseman that showed he is hard to play against and moves the puck nicely. Tyler has a touch for putting the puck in the back of the net and adds a lot of energy to our lineup. We are excited to have both guys re-joining our hockey club.”

The Railers now have eight players signed for the 2021-22 season as Myles McGurty and Tyler Poulsen join Jordan Lavallee-Smotherman, Grant Jozefek, Nolan Vesey, Drew Callin, Ross Olsson, and Liam Coughlin. All player signings are brought to you by Cintron World, with more announcements expected over the next few weeks.