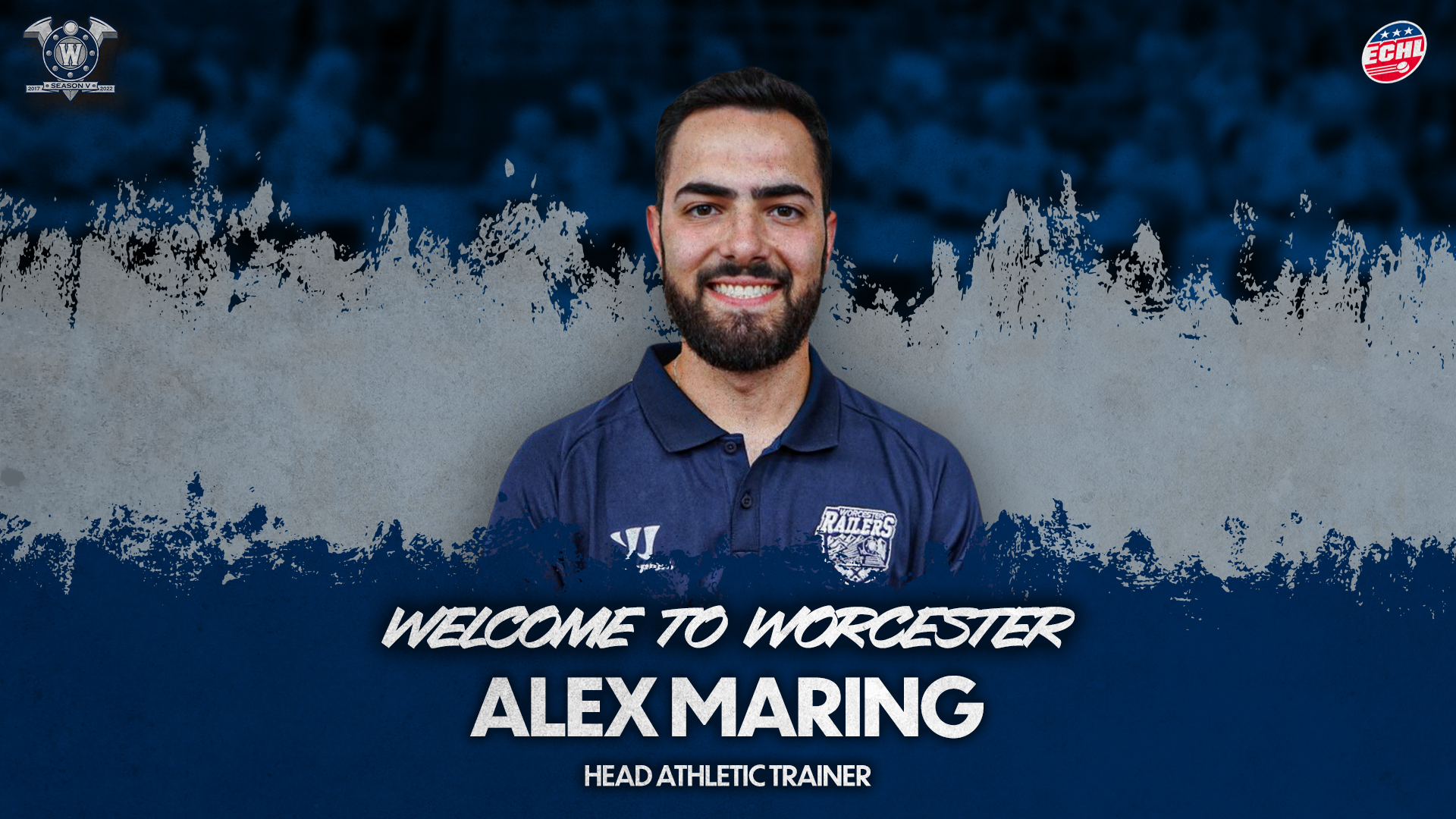 Maring will oversee all athletic training needs for the team.

Maring joins the Railers after serving as an athletic training intern with the Springfield Thunderbirds of the American Hockey League this past season, joining them on their way to an AHL Eastern Conference championship and Calder Cup Finals appearance. With Springfield, he found himself helping in numerous departments across the organization, aiding the equipment staff and strength staff with day-to-day operations as well. He shadowed with the Utica Comets of the AHL during the 2015-16 season, working under current St. Louis Blues assistant trainer Dustin Flynn. Alex has operated as an athletic trainer in several high schools across Massachusetts & Connecticut, including working as an assistant AT during the 2021-22 season for Loomis Chaffee Prep School of the New England Preparatory School Athletic Council. With Loomis Chaffee, he worked closely with the school’s football, boys’ and girls’ ice hockey, and boys’ and girls’ lacrosse teams.

“He is a true hockey enthusiast,” Myers said. “It is clear from speaking with him that he is not only extremely knowledgeable in the field of sports medicine, but that he has the kind of attitude, passion, and attention to detail necessary to help take this organization to the next level. We could not be more excited to have him aboard.”

“I am extremely excited to start a new journey here in Worcester,” Maring said. “This is a fantastic organization, and I know that this is an exciting time to be coming to this city. From top to bottom, the high energy that this staff brings is contagious and creates the perfect environment for a great year ahead. I am looking forward to opening night at the DCU Center!”