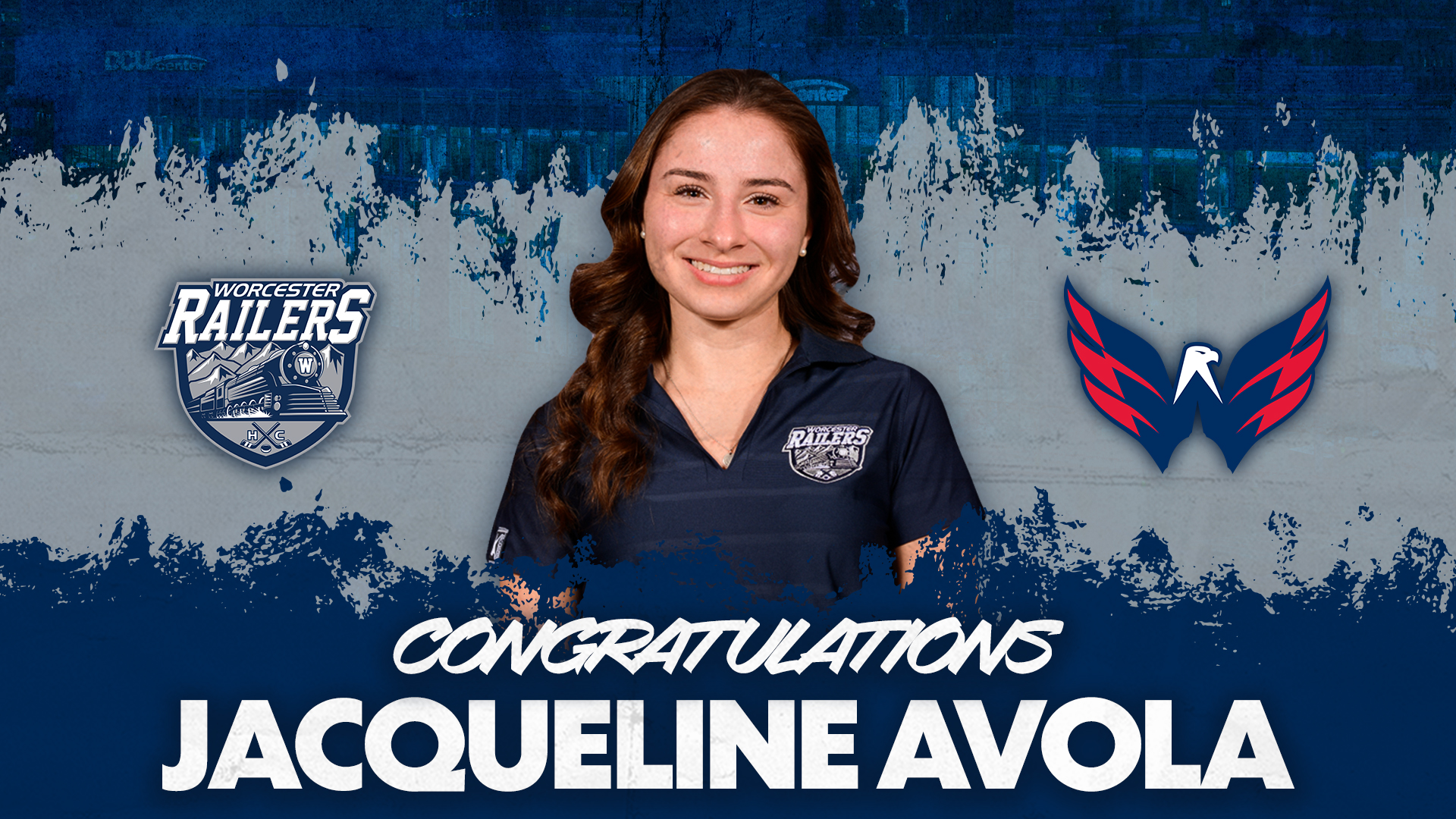 Avola joined the Railers as an intern in January 2017 while a student in her junior year at Assumption University. Upon completion of her four-month internship, she served as a part-time employee during the Railers inaugural season in 2017-18. Upon graduating summa cum laude in May 2018 with a B.A. in Organizational Communication and minors in Sport Management and French, the Westborough, MA native accepted a full-time position with the Railers as Corporate Fulfillment Coordinator. In October 2019, she was promoted to Corporate Fulfillment & Game Operations Manager, assuming responsibility of all aspects of in-game production in addition to her partnership activation duties. She was later promoted to Director of Sponsorship Activation & Game Operations in July 2021.

“We are extremely excited that Jackie has received a well-deserved opportunity in the NHL,” Chief Operating Officer Michael Myers said. “Jackie is an integral part of the Railers family and a true professional. She served our team in various capacities during her time here and has done a tremendous job in each position. She has grown immeasurably and we’re thrilled to see her efforts and experience take her to the NHL.”

In her new role, Avola will be responsible for adding creative value to Washington Capitals game presentation and entertainment with a focus on creation and distribution of show rundowns and scripts for Capitals home games and events. She will oversee stage management and directly manage game day staff, interns, and entertainers.

“I am so grateful to Mike Myers and the Railers organization for the support over the past five and a half years,” Avola said. “I’m proud to have been part of building this organization from the ground up, and I’m confident the knowledge and experience I’ve gained here will be integral in the next step of my career. Worcester will always be home.”