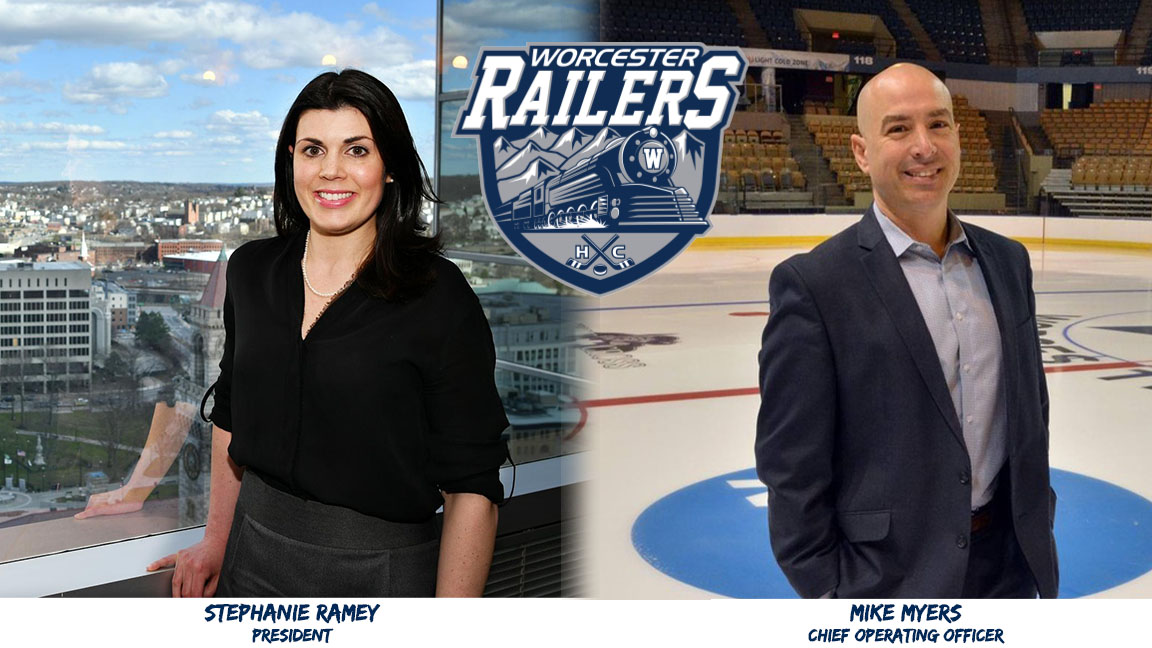 “The Railers are excited to welcome Stephanie Ramey to our organization,”said Railers HC Owner Cliff Rucker. “Stephanie is a Worcester native, and comes highly recommended. She will be a tremendous asset to our leadership team. This reorganization will bring much needed depth to our business development efforts, marketing, community outreach and strategic planning. The addition of Stephanie will also allow Mike Myers increased capacity to focus attention on all aspects of hockey operations as we pursue our ultimate goal of bringing a Kelly Cup championship to Worcester.”

Stephanie Ramey joins the Worcester Railers HC with more than fifteen years of sales, marketing, and business experience.  As the executive director of Discover Central Massachusetts, she has been a key player in the economic development of Worcester. Under her leadership, DCM has launched a variety of comprehensive marketing campaigns promoting the Central Mass. region as a premiere event and leisure destination. Stephanie has been involved in the Economic Development Coordinating Council for the city of Worcester and is active in a variety of boards and committees, including the Worcester Cultural Coalition.

“I can’t wait to get started,”said Ramey.“The Railers are incredibly important to our community and play a major role in the renaissance that we are seeing here in Worcester. I look forward to working with the staff to develop new and energetic promotions and connecting with businesses throughout the region. It’s going to be a very exciting season.”

Stephanie will begin her duties as the president of the Worcester Railers HC effective on May 11.  She will assume oversite of all sales, marketing, and financial reporting with a focus on growth of the Railers brand and business in central Massachusetts.

Upon the transition, Mike Myers will assume the role of Chief Operating Officer after spending the last four years as the president of the Worcester Railers HC.  Under his leadership, the Worcester Railers HC have been recognized as one of the premier teams in the ECHL. This includes winning the 2018-19 ECHL Community Service Award, finishing in the top three in corporate sales revenues in each of the last three seasons, and finishing in the top five in overall group sales in each of the last three seasons.  Myers was a finalist for the ECHL Executive of the Year in 2018 and 2019 and will continue as an alternate on the  Board of Governors.

In his new role, Myers will be responsible for all aspects of hockey operations, ticket sales, game day operations, and oversee the Railers HC Foundation – which has donated over $1 million to local community organizations to date. A former goaltender at Assumption College and hockey coach at several elite levels, Myers is poised to make an immediate impact in his new role.

“I have always wanted to be more involved on the hockey operations aspect of the organization,” said Myers.“As much as I enjoyed my responsibilities as the team president, I am excited on this new opportunity and look forward on bringing a championship caliber team to Worcester on and off the ice.”

Stay safe…..and for the most up to date information on all things Railers – please visit www.RailersHC.comor follow our social media channels.