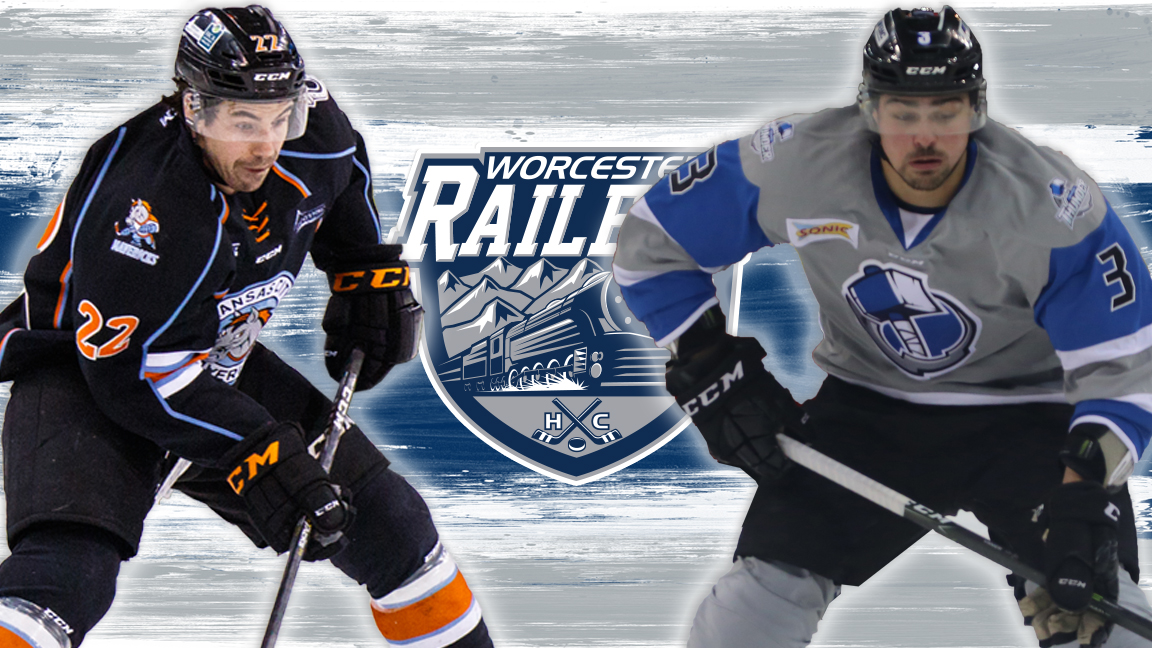 The five-foot-ten, 183 lb. Cochrane, AB, CAN native spent four seasons with the University of Alaska-Anchorage and amassed a total of 30 goals and 60 assists for 90 points in 124 games before making his professional debut with the Colorado Eagles (ECHL).

“Jordan is a high end, skilled forward that played in Wheeling with Derek Army,” said Russell. “He adds another offensive player to our roster and will help boost our power play.”

Alexis Vanier joins the Worcester Railers HC entering his third professional season after appearing in 33 games for the Riviere-du-Loup 3L of the League of North American Hockey last season. The six-foot-five, 227lb Sainte-Catherine, QC native played for the Wichita Thunder (ECHL) in 2016-17 and posted four goals and 10 assists for 14 points in 49 games.

Before turning pro, the 22-year-old defenseman played four seasons in the QMJHL with the Baie-Comeau Drakkar, Sherbrooke Phoenix, Blainville-Boisbriand Armada, and Charlottetown Islanders for a total of 30 goals and 66 assists for 96 points in 223 games. Vanier was originally drafted by the San Jose Sharks in the fourth round of the 2014 NHL Entry draft.

“Alexis will add a lot of size to our back end and a big shot from the point,” said Russell. “He defends well with his long reach and is still relatively young. We look forward to helping Alexis develop into a dominant defender at the pro level.”

An update on Things from Tuesdays
Scroll to top