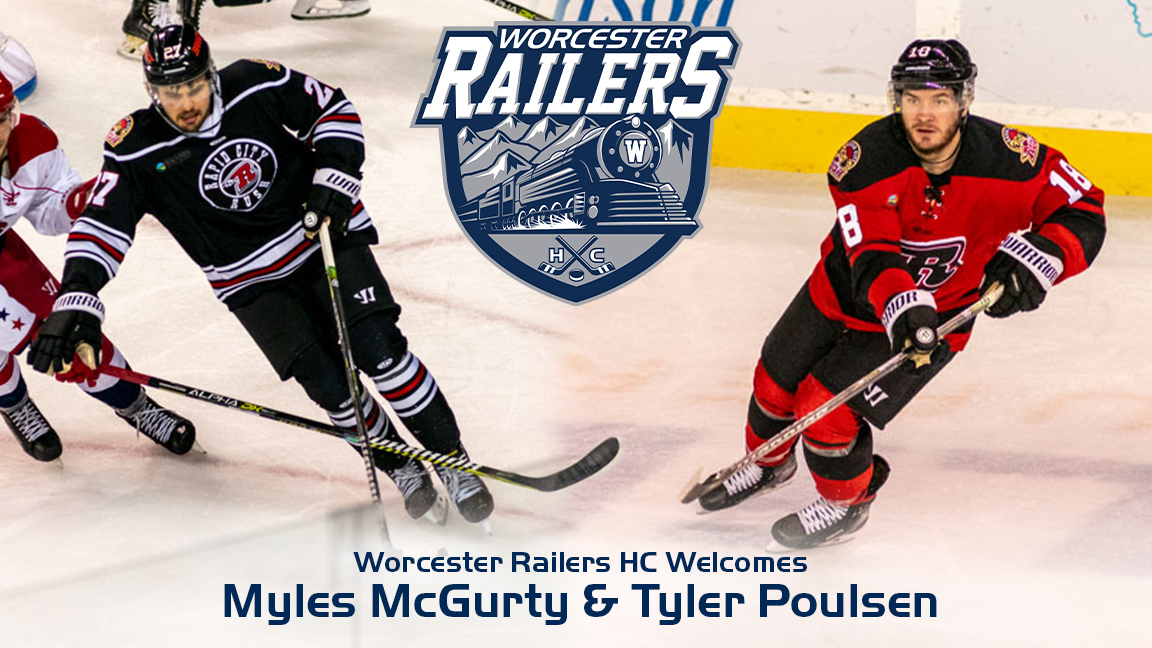 Tyler Poulsen, a 5-foot-9 175lb forward from Arvada, CO joins the Worcester Railers after playing 46 games with the Rapid City Rush after recording 20 points (10-10-20) along with 23 penalty minutes. The second-year pro spent his rookie season with Rapid City where he ranked fourth on the team in scoring playing 57 games totaling 30 points (15-15-30). Prior to turning pro, the 26-year-old spent three seasons at the University of Alabama Huntsville from 2015-18 where he played 88 games accumulating 28 points (15-23-38).

Myles McGurty, a 6-foot-1 201lb defenseman from Weehawken, NJ joins the Worcester Railers after playing 49 games with the Rapid City Rush, the most games played by any player on the team, where he recorded 19 points (1-18-19) along with 32 penalty minutes. The second-year pro split time with the Orlando Solar Bears, Rapid City Rush, and Fehervari (Erste Liga) during his rookie campaign. Prior to turning pro, the 25-year-old spent four seasons at Dalhouise University (AUS) from 2015-2018 where he played 90 games accumulating 38 points (7-31-38).

“We are excited to add McGurty and Poulsen to our roster,” said Cunniff. “McGurty is a right-handed defenseman that can move the puck well while Poulsen will provide energy and can chip in offensively. These moves will help the Railers as we continue to look forward.”

The Railers will take on the Jacksonville Icemen in Jacksonville on Wednesday, Feb 19 at 7pm. Worcester will then have a pair of games in Greenville, SC vs. the Swamp Rabbits on Friday, Feb 20 at 7pm and Saturday, Feb 21 at 8pm before closing out the road trip Sunday, Feb 22 in Charleston, SC vs. the South Carolina Stingrays at 3pm.