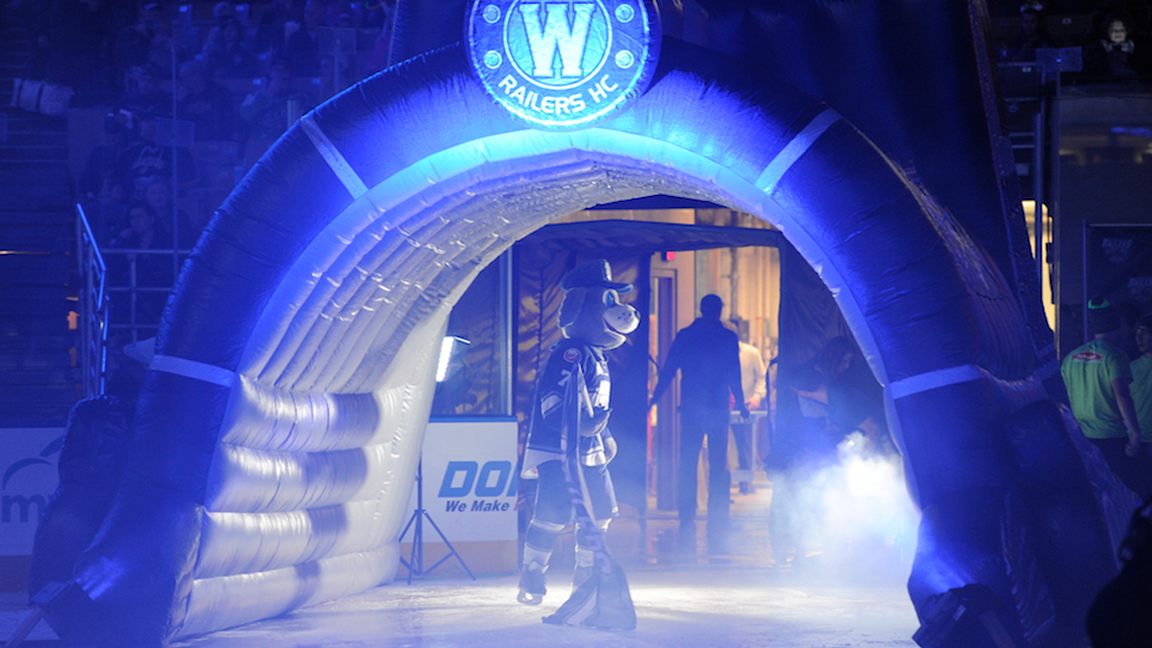 Railers to kick off third season of ECHL action in Worcester

Please call the Railers front office at 508-365-1750 to reserve your seats today or click HERE for a special ticket offer for Opening Night.

Doors will open at 5:30pm with the first 5,000 fans receiving a magnet schedulepresented by the Worcester Telegram & Gazette and Davis Advertising. One of the most popular entertainment acts in all of professional sports will perform during the first and second intermissions – The ZOOPERSTARS!

Fans are encouraged to be in their seats no later than 6:50pm for the pregame festivities which will feature player introductions and over 100 youth hockey players on the ice. Doors will open early at 5:30pm with the puck drop scheduled for 7:05pm.

Every Saturday night game again this season, there will be a Saturday Night Signings featuring Railers players during the first intermission.

“The Railers are excited to get things rolling for our third season,”said Railers HC president Mike Myers. “We have created an atmosphere that has made the DCU Center a very tough building to play in and look forward to another huge crowd on opening night.”

On Saturday, October 12 the Worcester Railers HChost theAdirondack Thunderat 7:05pm on OPENING NIGHTpresented by the Worcester Telegram and Gazette! The first 5,000 fans will receive a Railers magnet schedule courtesy of Davis Advertising. One of the most popular entertainment acts in all of professional sports will perform throughout the game…..THE ZOOPERSTARS!  Doors will open early at 5:30pm at the DCU Center and fans are encouraged to be seated by 6:50pm for the opening night pregame show. Tickets start as low as $15 by calling 508-365-1750!

Listen to all Railers games live on 98.9 Nash ICON with coverage beginning 30 minutes before puck drop withEric Lindquist and Cam McGuire.  Watch all games online for a small fee at www.ECHLTV.com.  Full season memberships, mini plans, and group tickets are on sale now by calling the Railers front office at 508-365-1750 or by visiting www.RailersHC.com.