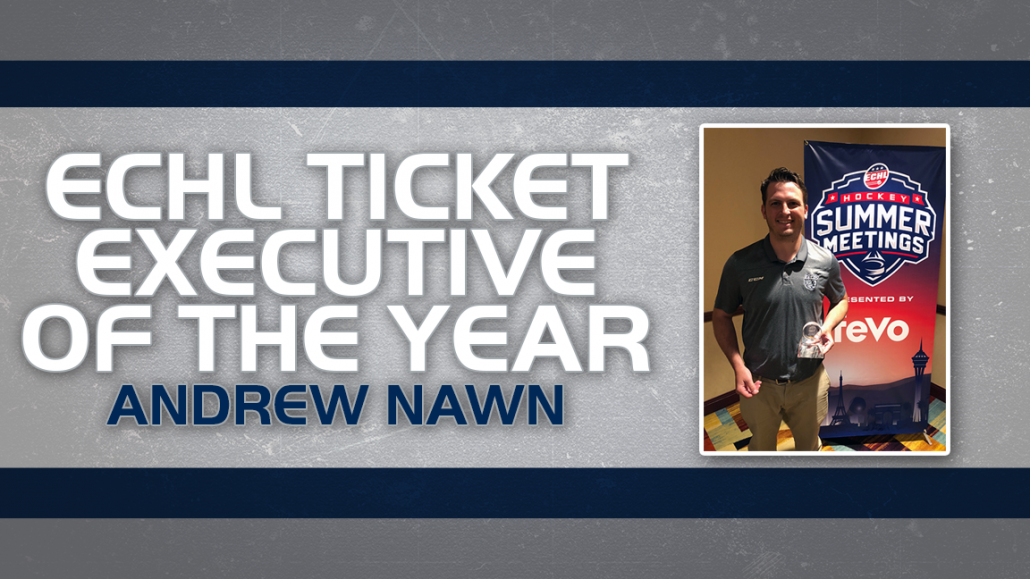 The award is presented to an individual who has experienced success with the ticket sales process. The winner is selected by a vote of league general managers and ticketing managers.

Andrew Nawn serves as the Manager of Group Sales and HC Memberships. At the end of the 2017-18 season, the Railers ranked first in youth sports ticket sales and finished top five in schools, birthday, scouts, and college ticket sales out of the 27 teams that make up the ECHL.

The Railers led the league in pre-game ice sold and intermission performances. In addition, the organization finished top 10 in all fan experiences that are tracked by the league.

Personally, Nawn helped set the Worcester pro hockey attendance record for a single game on opening night by selling over 1,000 group tickets and creating a game plan which resulted in over 4,300 group tickets sold.

Before joining the Railers, Nawn spent 18 months with the Florida Panthers as a group ticket sales executive, where he spearheaded several new ticket initiatives. Nawn previously spent three and a half years with the Worcester Sharks as a youth hockey ticket specialist and a public relations intern.

“We are honored to have Andrew win this award and be recognized by the league,” said Myers. “His hard work is a testament to his dedication to our organization and his passion for youth hockey in our community.”

The Auburn, MA native has focused on developing youth hockey throughout Central Massachusetts and oversees all group sales for the Railers. Andrew is a graduate of Framingham State University with a bachelor’s degree in Corporate Communications.