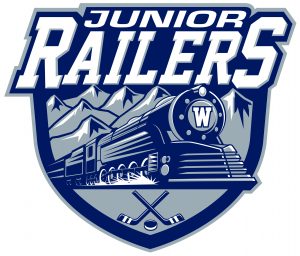 A volunteer-run 501(c)3 organization with over 550 players and 92 USA Hockey certified coaches, the Worcester Junior Railers are celebrating the 30th anniversary of their incorporation today. They were previously known as Mid State Youth Hockey, the Junior IceCats and Junior Sharks. In 2012, the Junior Sharks merged with the Worcester Crusaders to add AAA hockey.

“It’s an exciting time to be a hockey player, coach, parent or fan in Central Mass.,” Liddy said. “We can’t wait for the Worcester Railers’ first game. And they will now have 500 youth hockey players cheering them on for years to come.”

The mission of the Worcester Junior Railers is to provide a competitive and supportive environment where players of all ages and abilities can maximize their potential both on and off the ice.  The foundation of the program is based on 30 years of experience and three core values:  Integrity, character and work ethic.  The emphasis of the program has been and will continue to be individual skills development, camaraderie and fair play.

The Worcester Junior Railers is structured to allow each player to develop and test their skills at three distinct levels of competition (House, Travel and AAA Elite).  This ensures that each player has an opportunity to play and compete at an appropriate level with an opportunity to grow within the organization.

The Worcester Junior Railers will be an anchor tenant at the new state-of-the art Worcester Ice Center, owned by Worcester Railers HC owner Cliff Rucker. The $18 million, two-sheet facility, which will also include two restaurants and retail space, is due to be completed in the heart of the Canal District in August, 2017.

Liddy said Rucker’s commitment to hockey, the community and local economy is something his organization is excited to support.

“The new rinks are a game-changer for hockey in Central Mass.,” Liddy said. “Not only will more ice be available, but it’s happening right in the heart of downtown Worcester. Cliff should be applauded for his vision for a better city.”

For more information about the Worcester Junior Railers, including travel and AAA tryout dates, go to www.juniorrailers.com or www.juniorsharks.com.

The Worcester Railers Hockey Club, a proud member of the ECHL, will play their first home game at the DCU Center on Oct. 14, 2017. Full season memberships start at just $432 for 36 regular season games at the DCU Center and can be purchased by calling the Railers front office at 508-365-1750 or by visiting www.RailersHC.com.