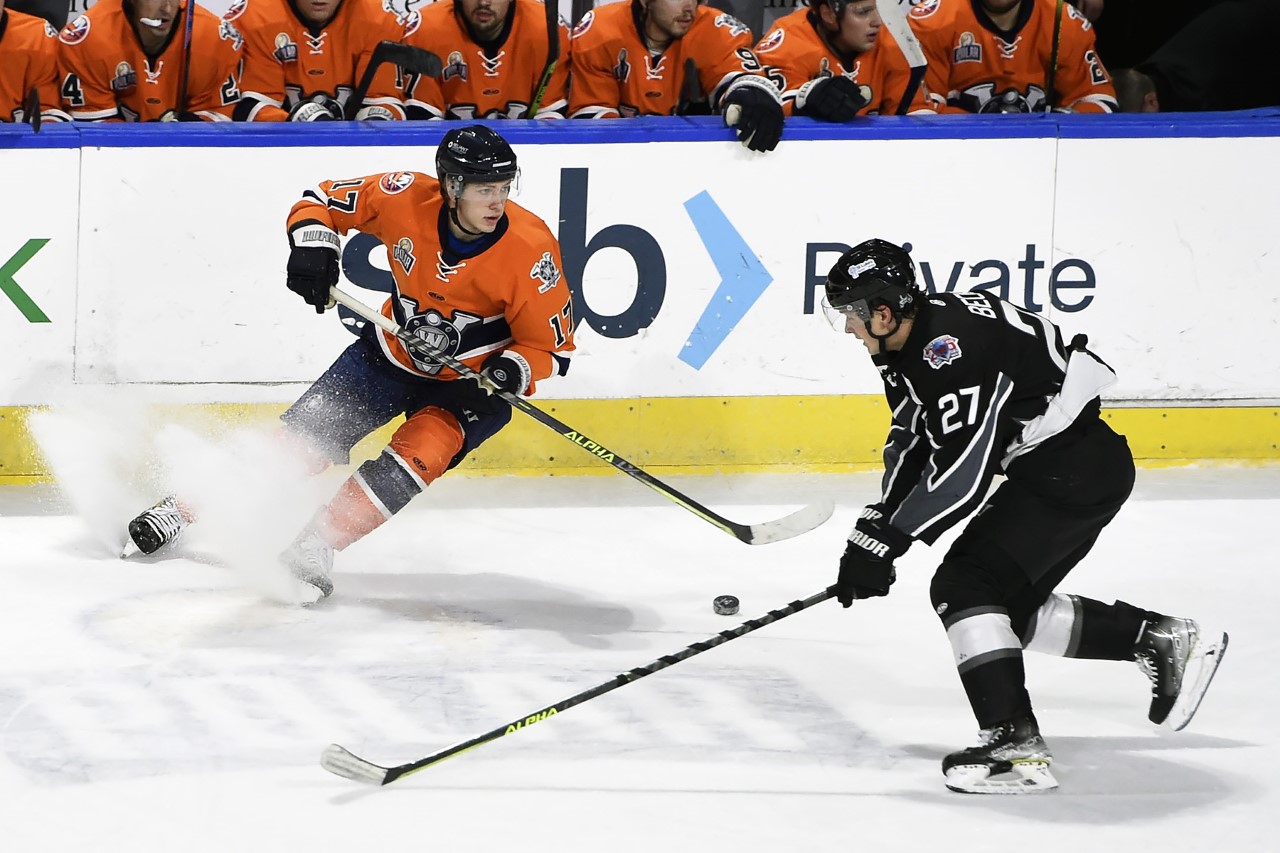 WORCESTER – The Worcester Railers fell to the Idaho Steelheads by a final score of 5-3 on Sunday afternoon to wrap up their second three-in-three of the season.

The Railers’ homestand continues next weekend with a pair of games against the Newfoundland Growlers and they are up there with the Steelheads among the ECHL’s elite teams.

When a team loses the assumption is something went wrong and things have been going wrong for the Railers during their streak, but some of it has to do with the opposition. The weekend sweep improved Idaho’s record to 17-3-1 and it’s not because the Steelheads have been lucky.

“I just got finished saying to the players,” coach Jordan Smotherman said, “that the reason we lost to that team this weekend was that while we are as talented as they are, they’re a more mature team than we are. They played the game simple and hard and the right way the entire weekend.

“We did that at times and when we did, we played with them.”

The Steelheads were 2 for 2 on the power play Sunday after going 2 for 3 Saturday.

Idaho’s first power play goal by Zane Franklin at 10:21 of the second period was a bad bounce. The second, by Matt Register at 7:46 of the third period came only six seconds after the power play began.

Nolan Vesey scored two of the Railers’ three goals. Reece Newkirk had the other. Jordan Kawaguchi, Owen Headrick and Jade Miller scored the other Steelheads goals, Miller into an empty net.

Ken Appleby made 38 saves for the Railers, Adam Scheel 20 for Idaho.

Vesey gave Worcester a 1-0 lead for the second game in a row when he scored his fourth of the season at 2:13 of the second period. Anthony Repaci sent Vesey away with a breakout pass that created a 2 on 1. Vesey took the  shot — usually a good choice in that situation — and his 30-footer from the right circle gave the Railers the lead.

It did not last that long, though, as the Steelheads scored a pair of goals in a span of three minutes to make it a 2-1 game.

Kawaguchi tied it at 7:22 as he finished what amounted to a 1 on 2 rush with a wrist shot from between the circles that went off the far post and in. Franklin scored on a power play at 10:21. He flipped a shot from the left circle that went through a screen and found the top corner.

MAKING TRACKS – Defenseman Austin Osmanski rejoined the Railers after starting the season in Springfield. Osmanski played the last half of last season in Worcester and had a solid rookie year with 5-7-12 totals in 32 games. Forward Derek Osik was released to create room on the roster. … The weekend marked a happy return to Worcester for Steelheads coach Everett Sheen, who played four seasons of hockey at Holy Cross under Paul Pearl. Sheen, who turns 36 on Wednesday, was 52-52-104 for the Crusaders from 2007-08 through 2010-11. This was his first trip back to Worcester since he left Holy Cross. … Billy Jerry, Jeff Solow and Zack Bross were the Railers who did not play Sunday. … The Railers’ last five-game losing streak was from Jan. 26 to Feb. 19 of 2020. Their last time being swept three-in-three at home was last April 1-3 by Newfoundland. … The two-goal game was Vesey’s second for Worcester, his first since Oct. 23, 2021.