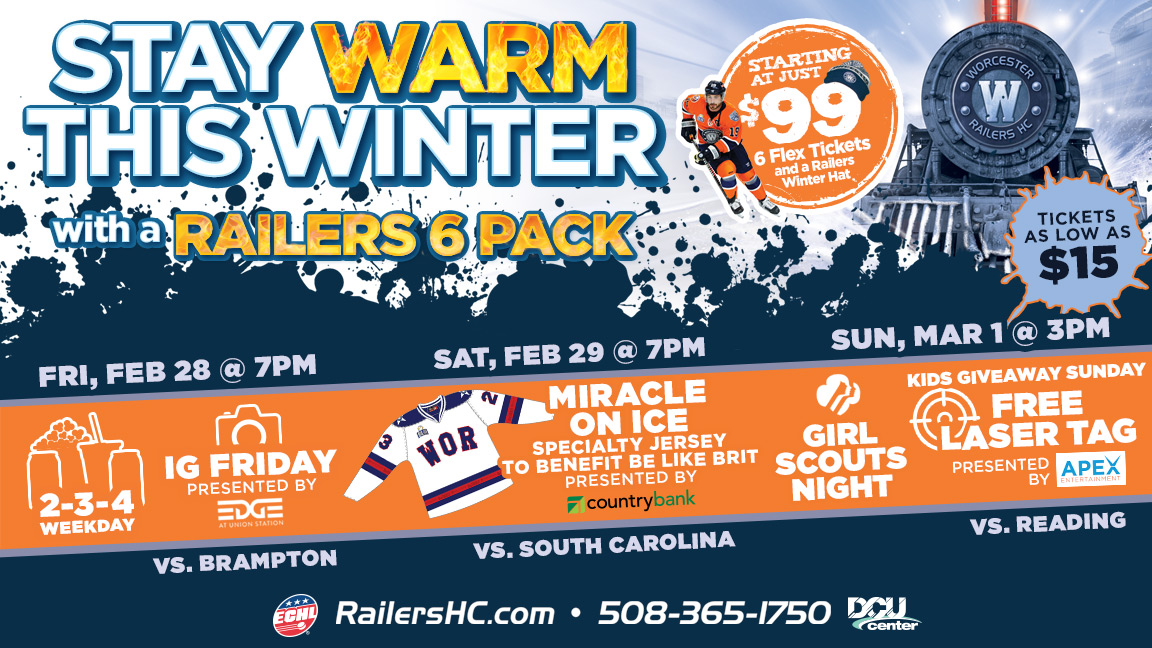 On Friday, February 28 the Railers host the Brampton Beast at 7pm on a 2-3-4 Friday!  Score $2 popcorn, $3 soda, and $4 bud light in the Bud Light Lounge! Catch a pregame show in the Coors Light Lounge by local musician Dezi Garcia…Dezi will also perform during the first and second intermission!  It is also another IG Friday presented by EDGE at Union Station with one lucky fan winning $100 in Railers merchandise!  Tickets start at just $15!

On Saturday, February 29 the Railers host the South Carolina Stingrays on a BIG GAME SATURDAYon Miracle on Ice Night! The Railers will wear USA themed jerseys to benefit Be Like Brit presented by Country Bank as we honor the 40-year anniversary of the Miracle on Ice! Make sure to place a bid on these one-of-a-kind jerseys!  As with every Saturday night game, Railers player(s) will sign autographs during the first intermission in the Pavilion Lobby.

Members Only Event
Scroll to top