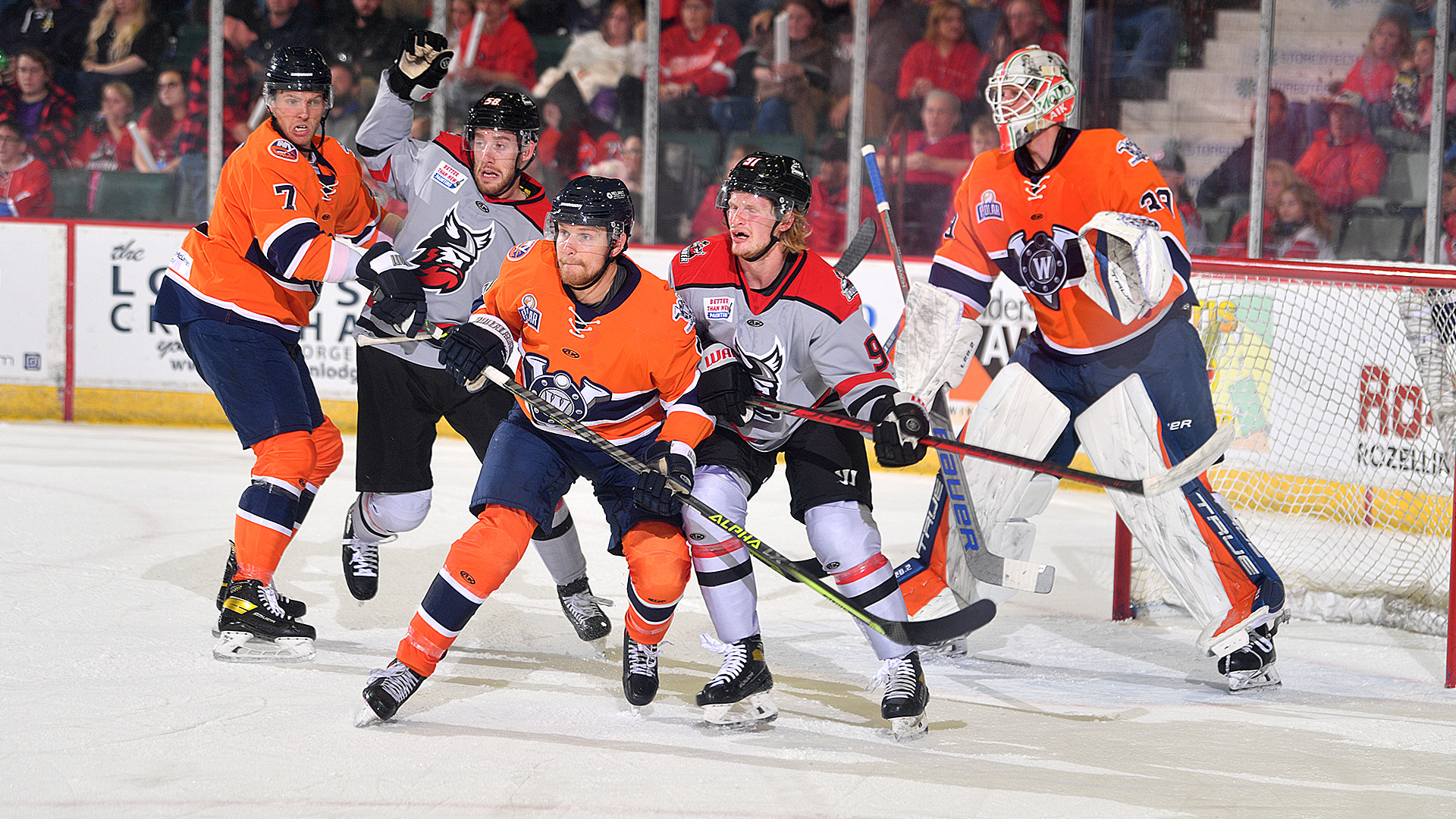 Meeting 3 of 17 vs. Adirondack this season

For the third game this season, the Worcester Railers jumped out to a multi-goal lead to open the first period. Ryan MacKinnon (1-0-1) ripped one top shelf while Collin Adams (1-0-1) beat Thunder goaltender Isaac Poulter far side past his blocker to make it 2-0 Railers. Adirondack tied the game midway through the period after scoring two goals 13 seconds apart from Patrick Grasso (1-0-1) and Jarrod Gourley (1-1-2). Worcester then came back with two unanswered goals in the second period from Blade Jenkins (1-0-1) and Brent Beaudoin (1-0-1) to make it a 4-2 game. Neither team would score in the third period as the game would come to an end at 4-2.

Ryan MacKinnon (1st) scored his first goal for the Railers since February 28th, 2020, when he rifled a shot top shelf past Adirondack goaltender Isaac Poulter 4:37 into the game. This was the third game this season that the Railers scored the game’s first goal within the first five minutes of the opening period. Worcester followed up just 40 seconds later with Collin Adam’s (2nd) second of the season. Adams received a feed in the high slot and sent a laser past the blocker of Poulter to open the Worcester lead to 2-0. Adirondack struck back quickly midway through the period, starting with Patrick Grasso (1st) who turned on a shot in the slot to beat Railers goaltender Henrik Tikkanen and make it 2-1 Railers. Just 23 seconds later, Jarrod Gourley (1st) found the puck along the far dot in the Worcester zone and sent it ice-level past Tikkanen to tie the game 2-2 heading into the second. Worcester was outshot 12-6 in the first period.

Blade Jenkins (3rd) in the second period kicked off scoring thanks to a perfect tape-to-tape feed backdoor from Bobby Butler who was trailing down the right-wing side. Jenkins now has six points in four games played for the Railers. Brent Beaudoin (4th) would follow it up with his fourth goal in as many games with a nice follow-up effort from Nolan Vesey who grabbed a loose rebound in front and found Beaudoin who elevated it past the down-and-out Poulter. Beaudoin now leads the team in goals scored with four. The second period would end with the shots in favor of Adirondack 14-8 for the period, and 26-14 for the game.

It was a better period for the Railers as it pertains to shot taking, but neither team found the back of the net once in the third as the game ended at 4-2. Worcester opened the season at 4-0-0-0, the first time the team has hit that mark in franchise history. Worcester was outshot again in the third 12-10, and 38-24 for the game.