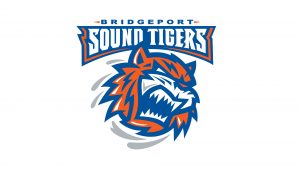 On April 28th, 2017 the Worcester Railers Hockey Club joined the Bridgeport Sound Tigers of the American Hockey League as the primary minor league affiliates of the New York Islanders of the National Hockey League for the 2017-18 season.

The Sound Tigers joined the American Hockey League in 2001. In their opening season, they captured a division and league title before winning the Eastern Conference championship.

The team’s current head coach is Brent Thompson, former head coach of the Alaska Aces of the ECHL. Thompson played 121 NHL games as a defenceman for the Winnipeg Jets, Phoenix Coyotes, and Los Angeles Kings. Assistant coach of the Sound Tigers is former Worcester Ice Cat Eric Boguniecki, who was drafted 193rd overall in the 1993 NHL Entry Draft by the St. Louis Blues. He would go on to sign as a free agent to the Florida Panthers in 1999. A result of the 2004-05 NHL lockout, Boguniecki came to Worcester to play for the now defunct Worcester Ice Cats.

For more information about the Sound Tigers visit soundtigers.com.