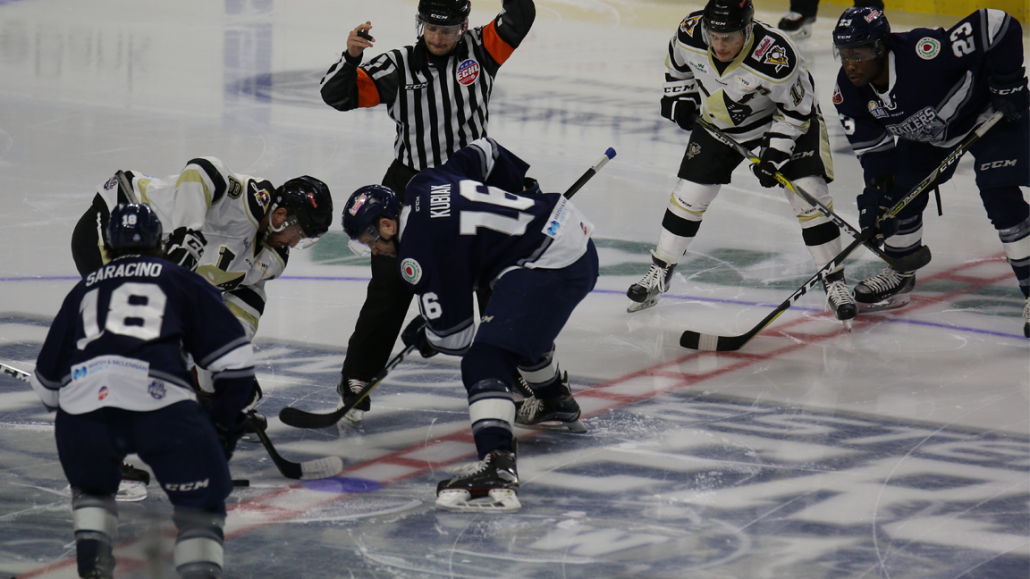 Meeting 4 of 9 vs. Wheeling this season

Sunday not fun for Railers in 4-2 home loss

Woody Hudson scored his team leading 14th goal of the season and Brian Bowen scored his 2nd while Yanick Turcotte picked up his ECHL leading 13th fighting major in the home loss. Eamon McAdam made 28 saves as the Railers dropped to 0-3-0-0 on their season long 11 game homestand.  Wheeling picked up their 6th win in their last seven games as Jake Taylor, Cody Wydo, and Troy Josephs all had a goal and an assist for the Nailers.

Wheeling grabbed the only goal in the opening frame with a lucky bounce on the power play as Troy Josephs (6th) found a loose puck in the right circle and fired past Eamon McAdam at 12:59. McAdam made several nice stops in the opening frame as Wheeling outshot Worcester 13-11.

Worcester tied the score 1-1 just nine seconds into the second period as Nick Saracino skated down the leftwing side and sent a shot from a tough angle and goaltender Adam Morrison left a juicy rebound for Woody Hudson (14th).  Yanick Turcotte (13th FM) and Jeremy Beirnes (13th FM) fought for the third time this season with another good scrap at center ice at 5:13. Wheeling would strike twice more on the power play as Reid Gardiner (21st) at 13:14 and Jeff Taylor (4th) at 15:03 each found the back of the net to end the second period.  Wheeling led 3-1 after 40 minutes and outshot Worcester 22-17 through 40 minutes of play.

Notes: Three Stars: 3rd star: Matt Lane (0-1-1) 2nd star: Troy Josephs (1-1-2) 1st star: Jeff Taylor (1-1-2) …Final shots were 32-30 in favor of Wheeling… Adam Morrison (7-7-0) made 28 saves on 30 shots for Wheeling…. Eamon McAdam (8-9-5) made 28 saves on 31 shots for Worcester…Mitch Gillam was the backup goalie…. Worcester went 1-for-5 on the power play while Wheeling went 3-for-6… Josh Monk (inj), Ashton Rome (inj), Kyle McKenzie, Tommy Kelley, Alex Sakellaropoulos, Sean Gammage did not dress for Worcester…. Mike Cornell, Jeff Kubiak, and Eamon McAdam all returned to the Railers from the Sound Tigers (AHL)…..Kellen Jones is currently on recall with the Bridgeport Sound Tigers while Chris Langkow was recalled by the Hartford Wolf Pack…. Worcester fell to 6-10-1-0 on home ice….the goal just nine seconds into the second period by Woody Hudson was the fastest goal at the start of the period in Worcester hockey history (thanks Bill Ballou) ….Nick Saracino (0-3-3) and Brock Beukeboom (0-3-3) each have a three-game point streak…Brian Bowen has goals in two straight games.

The Worcester Railers eleven game homestand continues with another 3-in-3 weekend...Railers offense shines in 5-2 home victory over the Mallards
Scroll to top