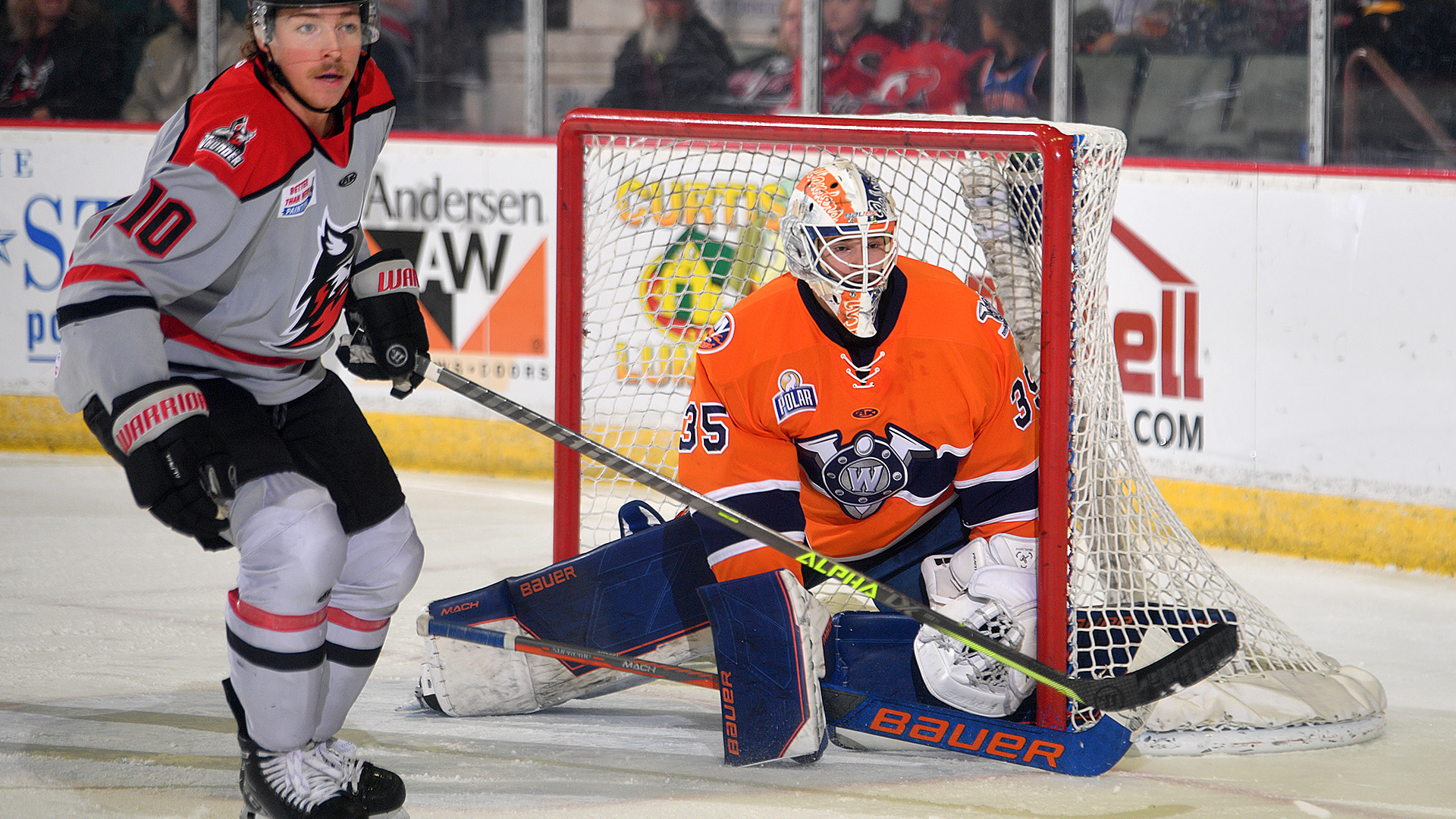 Meeting 4 of 17 vs. Adirondack this season

Glens Falls, NY – The Worcester Railers HC (4-0-0-0, 8pts) took down the Adirondack Thunder (0-3-0-0, 0pts) on Sunday afternoon by the final score of 6-1 in front of a crowd of 1,761 at Cool Insuring Arena in Glens Falls, NY. The Railers are back in Worcester, MA at the DCU Center this Wednesday, November 2nd to take on the Newfoundland Growlers at 7:05 p.m.

Worcester opened up the game by grabbing a multi-goal lead in the first period for the fourth time this season. Blade Jenkins (1-0-1) and Steve Jandric (2-1-3) each potted their fourth goals of the season, as Worcester jumped out to a 2-0 lead 13:07 into the period. Steve Jandric then crashed down the left side and found Jimmy Lambert (1-0-1) alone out in front while on the penalty kill to tap the puck in past Jake Theut in net for the Thunder to make it 3-0 Worcester. Ken Appleby dropped the gloves early in the second period and unleashed several body blows on Noah Corso, setting the tone for the rest of what was a very physical game. There ended up being 50 combined penalty minutes between the two teams by the final buzzer. Worcester tacked on two more goals in the second thanks to Jandric’s second and Bobby Butler (1-0-1) who finished off a perfect feed from Liam Coughlin to make it 5-0 Railers. Collin Adams (1-0-1) then finished a back-and-forth 2-on-1 sequence with Brent Beaudoin to push Worcester’s lead to 6-0. Adirondack’s Shane Harper (1-0-1) one-timed a blast in front to beat Ken Appleby for the first time on the night with 4:55 remaining, giving the game its final score of 6-1.

Blade Jenkins (4th) came cruising into the attacking end with 5:01 gone in the first, cut from the right circle into the high slot and ripped a shot past Theut to open scoring at 1-0 Worcester. Eight minutes later, Steve Jandric (4th) maintained his hot start to the season by deflecting a puck out in front to extend Worcester’s lead to 2-0. Jimmy Lambert (1st) would wrap up scoring in the first by notching Worcester’s first short-handed goal of the season. Steve Jandric came barreling down the far boards and placed a perfect pass onto the tape of Lambert who crashed in front of the net and tapped it past Thuet to make it 3-0 Worcester going into the second. Shots favored Worcester 10-9 after 20 minutes.

Ken Appleby dropped the gloves five minutes into the second period after Noah Corson crashed into him after the whistle. Appleby grabbed Corson over the top and unleashed a flurry of body blows while Corson was wrapped up. Appleby got a four minute double minor for roughing, while Corson got two minutes for diving at the beginning of the sequence. The Railers got back to playing hockey at the 8:41 mark of the second when Steve Jandric (5th) slapped a drop pass from Quin Ryan past Theut and made it 4-0 Railers. That goal ended the night for Theut as Isaac Poulter then came into the game in relief. Thuet allowed four goals on 14 shots faced. Bobby Butler (3rd) finished a goal back door as Liam Coughlin found him from the far goal line to make it 5-0 Worcester heading into the third.  Worcester got outshot 10-9 in the second, while shots were tied 19-19 into the third.

Collin Adams (3rd) and Brent Beaudoin worked a 2-on-1 up ice and capped it off with a goal on a wide open net past Poulter to give the Railers their sixth unanswered goal of the night. Adirondack’s Shane Harper (1st) hammered a one-timer out in front to beat Appleby for the first time all night and make it a 6-1 game with 4:55 to go. Worcester kept Adirondack off of the board for the rest of the game to deliver a 6-1 victory for the Railers, along with a 5-0 start to the season. This is the first time in Worcester Professional Hockey history that a team has started 5-0 (IceCats, Sharks). Shots in the third were tied 7-7, and tied at the end of the game 26-26.