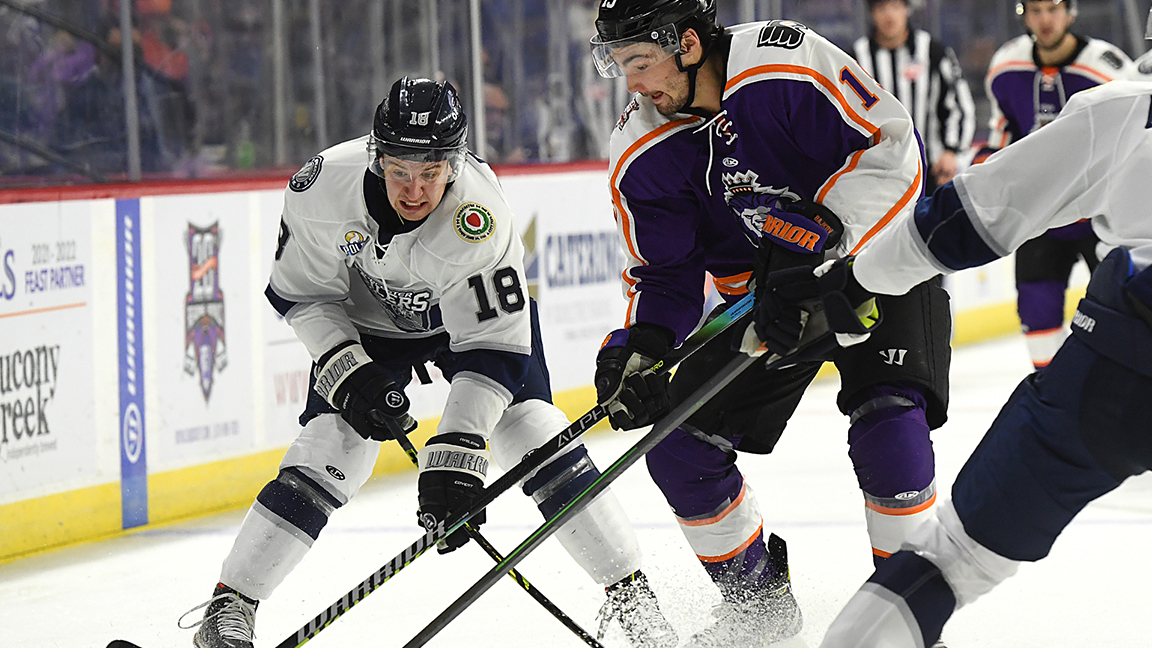 Meeting 3 of 12 vs. Reading this season

Royals Storm Back Late to Defeat Railers 3-2 in Overtime

After a scoreless first period, the Railers fell behind 1-0 just two minutes into the second period. Captain Jordan Lavallee-Smotherman (2-0-2) then scored a pair of goals midway through the frame to put Worcester ahead going into the second intermission. With just 2:28 to go in the game, Reading scored to make it 2-2 to force overtime. It only took 0:16 of overtime for Reading to score the game winner and secure the extra point by the final score of 3-2. Shots favored Reading 47-23 on the contest.

Neither Worcester nor Reading were able to break through in the opening period, as the frame ended with a score of 0-0. Shots through the first period were 13-9 in favor of the Royals. The Railers had two power play chances in the period but couldn’t capitalize on either, while successfully killing off the one man-advantage for Reading.

The Royals would open up scoring just 1:55 into the second as Patrick Bajkov (8th) beat Colten Ellis blocker side on the rush to give Reading a 1-0 lead. Ten minutes later, Railers captain Jordan Lavallee-Smotherman (12th) took a feed on the doorstep from Jacob Hayhurst and tucked it past Ustimenko to tie the game at 1-1 with 11:26 to go in the second. 1:50 after his first tally, Lavallee-Smotherman (13th) stole a Royals clear attempt in the high slot, walked in and shot it on Ustimenko who made the initial save, then finished off his own rebound to give Worcester their first lead of the night, 2-1. The score stood at 2-1 heading into the third period. Reading had the advantage in shots in the period 23-11, and 36-20 for the game.

With just 2:28 to go in the third period, Reading was able to apply enough pressure to break through and tie the game. Garrett Cecere (1st) sent a shot right past the glove hand of Ellis to make it 2-2 and force overtime in Pennsylvania. Shots in the third were in favor of Reading 11-3.

Only 0:16 into overtime, Trevor Gooch (3rd) blazed down the ice, split the defense, and ripped one glove side on Ellis to give Reading the win by the final score of 3-2.