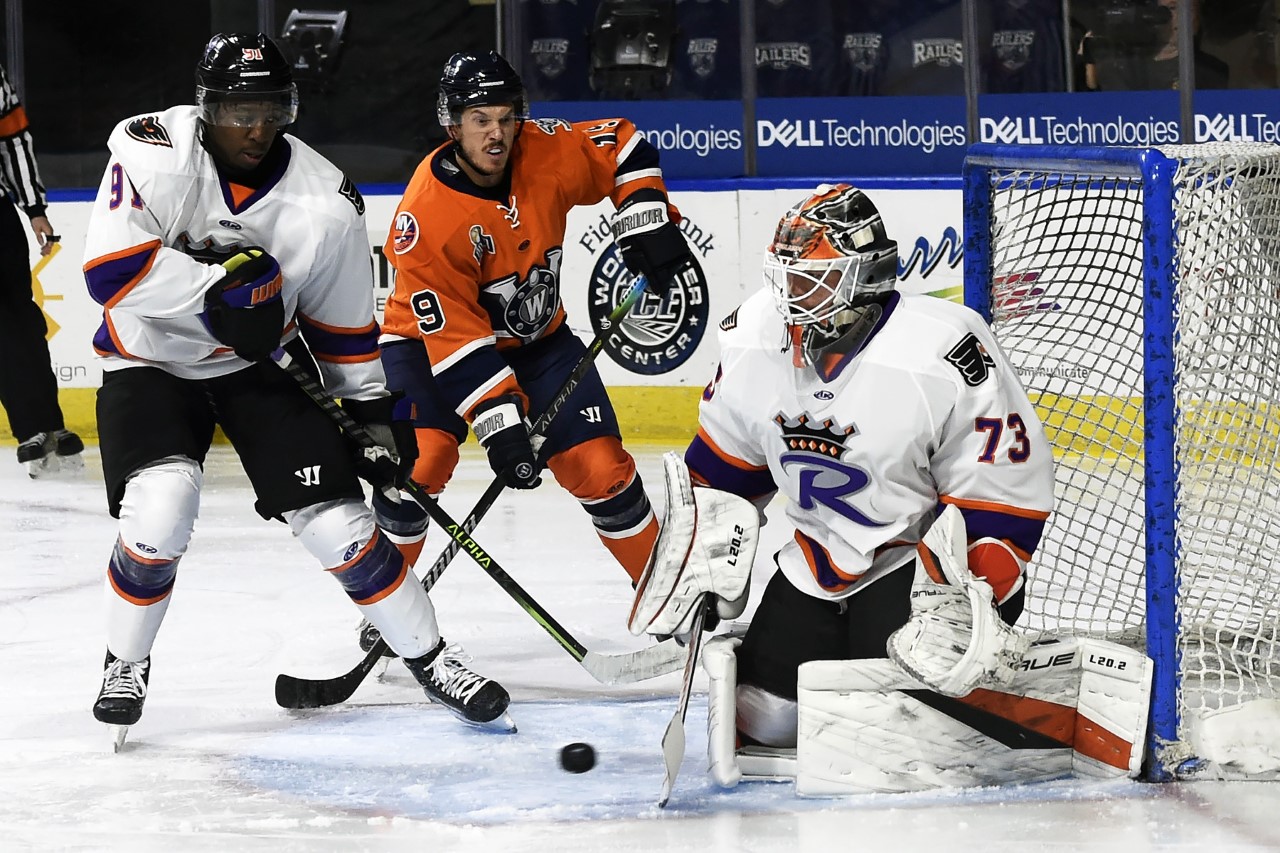 WORCESTER – Reading pulled into town Wednesday night for its first visit of the 2022-23 season and handed the Railers a 6-2 defeat.

Worcester was 10-1-0 heading into the match and found a way to outshoot Reading 19-2 in the final period but the first 40 minutes would be the difference maker.

“Too little, too late, from us,” coach Jordan Smotherman said. “It was disappointing. That’s the only way to say it.”

Henrik Tikkanen, who for the season had allowed 10 goals in 307 minutes going into the first period, surrendered four in 20 minutes and was replaced by Ken Appleby going forward.

Smotherman changed goalies, but did not blame the goalies.

“It was 90 percent to 10 percent,” he said, putting the onus on his position players. “We’ve got our forwards not playing responsible hockey, our defense playing soft. It was just a bad effort all around.”

The Railers lineup was a little thin compared to the winning streak days. Ryan MacKinnon and Trevor Cosgrove are with Bridgeport and Jacob Hayhurst took another Turnpike Trolley trip to Springfield. Anthony Repaci is getting some time off for maintenance and Reese Newkirk did not dress.

With the roster shuffling, two rookies made their professional debuts. One of them was Shrewsbury native Jack Quinlivan, a forward, off the injured reserve list.  Conor Breen, a Rhode Islander, was the other newcomer. A defenseman, he was also just off the injured list.

Reading is perennially strong and Wednesday night’s performance showed why.

“They came to play,” Smotherman said. “They outworked us all night. That’s what you have to expect when you start off the way we did teams are gonna come at you and that’s what the game is going to look like if you’re not ready.”

MAKING TRACKS – The Greenville Swamp Rabbits are in for two games this weekend, playing the Railers on Friday and Saturday nights. It will be Greenville’s second visit to Worcester. The Railers beat the Swamp Rabbits, 3-2, on Feb. 8, 2019. The teams have met five times in all and Worcester has won three of the meetings. … The Royals return to the DCU Center on Jan. 6. … Attendance was 2,502. The Railers are averaging 4,375 through seven home games. Their average through seven home dates last season was 4,449. … Chris Ordoobadi, who played briefly for the Railers last season and has been living locally, was signed by Orlando. …. Short-time Railer Devon Paliani, who scored two goals in his Worcester debut, is with Reading and was pointless Wednesday night. Justin Kapelmaster, the Railers opening night goalie in Portland last season, was the Reading backup. Royals goalie Nolan Maier played well, stopping 29 of 31 shots including 19 in the final 20 minutes.