Well, the cat is out of the bag. Some of you guessed right, some of you were completely off. You all know, now, that our NHL affiliate is the New York Islanders.

General Manager/Head Coach Jamie Russell made the announcement last night to Railers HC members at the Compass Tavern. The announcement was met with a wave of excitement and cheers.

Railers crew were not alone in making the announcement as Islanders representatives travelled to Worcester for a tour of the DCU Center, the Edge apartment complex, where players will live, and the Worcester Ice Center. Representing the Islanders organization was Kerry Gwydir, assistant to the General Manger, Eric Cairns, director of player development, Brent Thompson, head coach of the Bridgeport Sound Tigers, and Worcester hall of fame hockey legend Eric Boguniecki, who now serves as the assistant coach of the Bridgeport Sound Tigers.

President Mike Myers led the Islanders reps. on tours of the facilities, before heading over to the Worcester Regional  Chamber of Commerce Business After Hours event, where the Railers hijacked the show, and announced the Islanders would be the NHL affiliation. 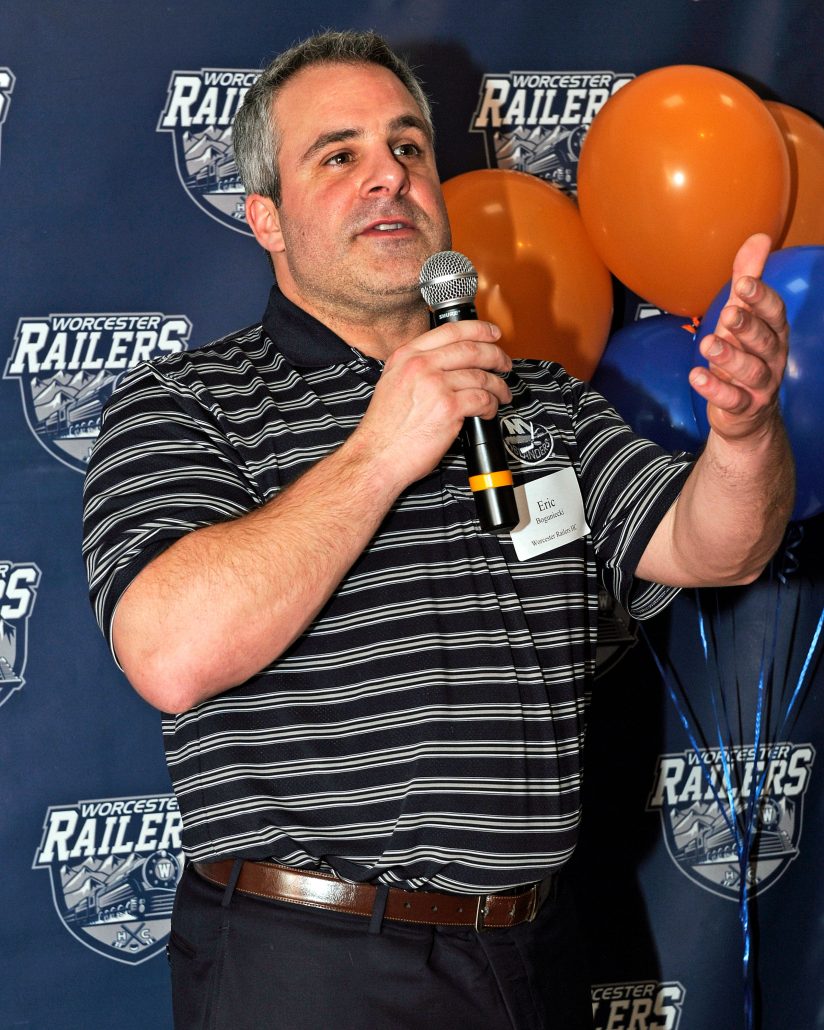 Shortly after, the Railers met with hc members at the Compass Tavern, where members had a chance to meet and speak with the Islanders reps.

Boguniecki, always a fan favorite, expressed his excitement about the affiliation and told the crowd, “You will see NHL players playing here in Worcester. Make sure, like you guys always have, to continue to support the team. Do everything you can to make the kids feel at home…On behalf of the New York Islanders, we’re excited to bring hockey back to you guys.”

Keep an eye out for a video re-cap of the exciting day.