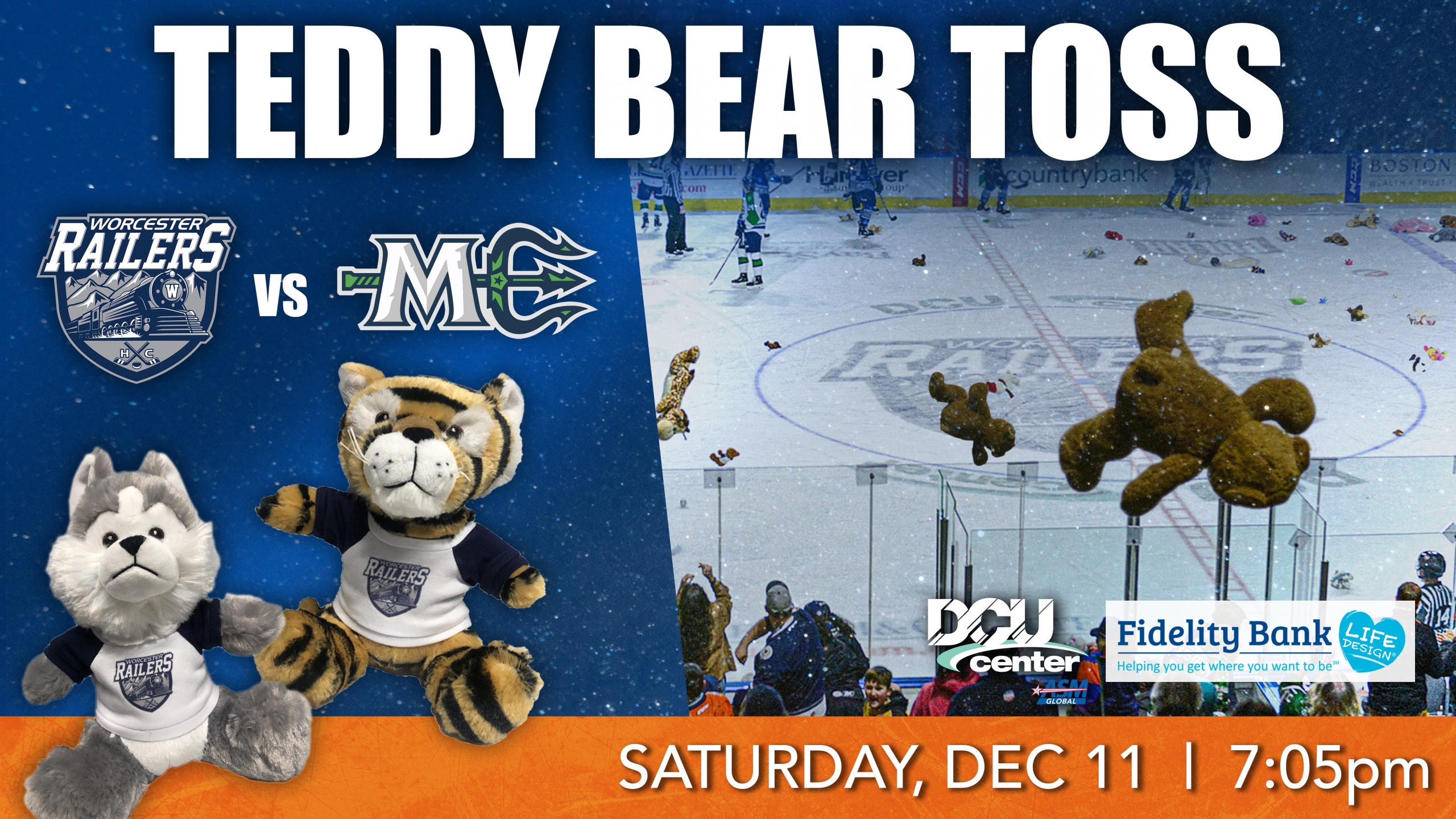 All teddy bears to be donated to Friendly House in Worcester

WORCESTER, Mass. – The Worcester Railers Hockey Club (@RailersHC), proud ECHL (@ECHL) affiliate of the New York Islanders (@NYIslanders), announced today the return of the annual Teddy Bear Toss game presented by Fidelity Bank on Sat., Dec. 11th at 7:05pm at the DCU Center. Fans are encouraged to bring new stuffed animals to throw on the ice after the Railers score their first goal; stuffed animals will be donated to the Friendly House of Worcester. In addition, for every stuffed animal contributed, the Worcester Railers HC Foundation will donate $2 towards the Booster Club holiday gift drive, supporting youth focused organizations throughout Central Mass.

This is the fourth year the Railers have hosted a Teddy Bear Toss. The 2020 event was modified as a drive thru event after the Railers HC season was canceled due to COVID-19. “We are excited to host this tradition on the ice once again,” said Railers HC President Stephanie Ramey. “We look forward to making this Teddy Bear Toss the most successful yet.”

The Railers are offering a special ticket and teddy bear combo package, providing four lower-level tickets and two Railers stuffed animals for $80. Click HERE to view this package. Fans may also bring their own, new stuffed animals, or may purchase a Railers plush at the game.

Fans are encouraged to bring an unwrapped new toy for the Railers HC Booster Club annual holiday toy drive. Those who contribute a toy will receive a ticket voucher for a future game.

Railers Take Down Mariners in the Shootout 3-2