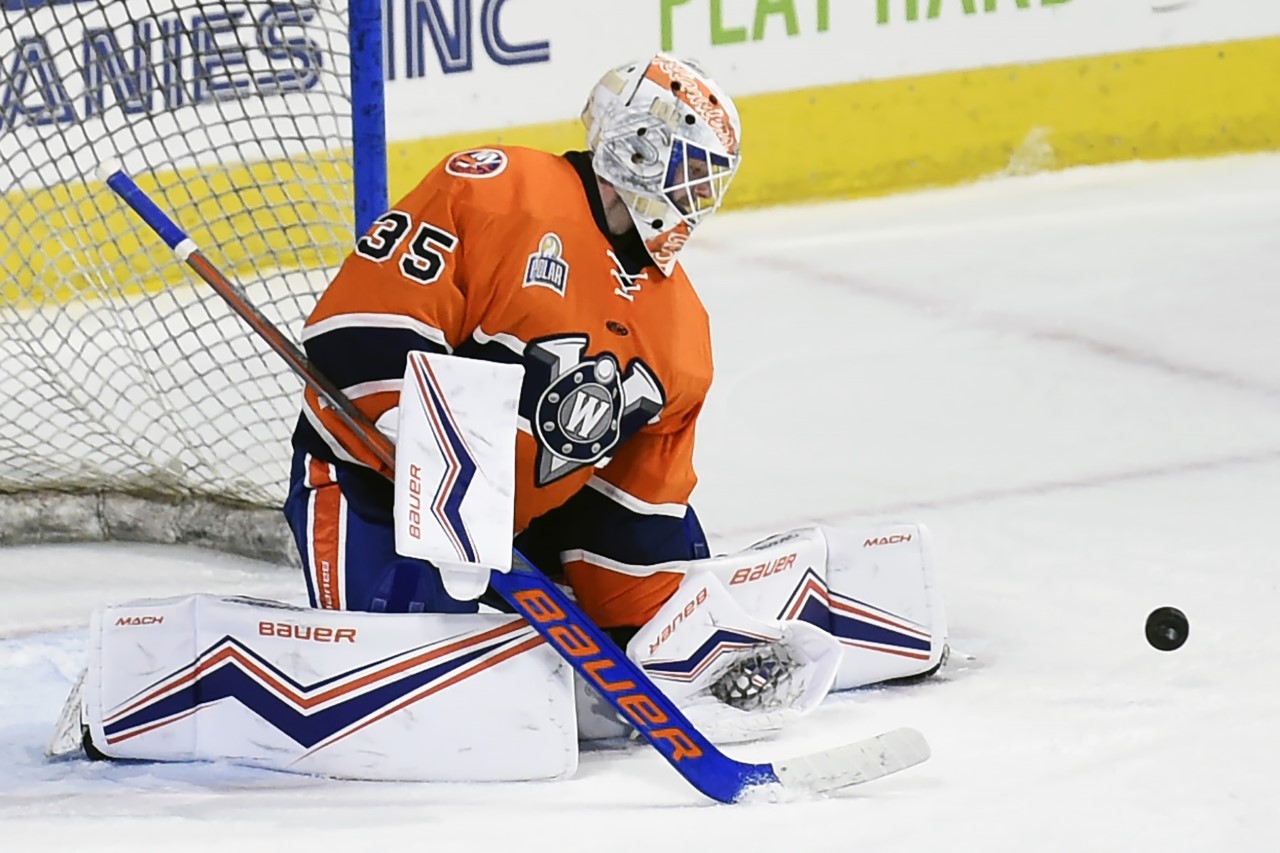 WORCESTER – If it weren’t for good news, the Railers wouldn’t have any.

Their 5-2 victory over the Norfolk Admirals here Sunday afternoon has put them on the verge of going where no Worcester hockey team has ever gone before, and no ECHL team has gone before. The triumph extended their season-opening winning streak to eight games. That ties the 2014-15 Sharks for the longest winning streak of any kind by a city team. They won eight straight from Jan. 4, 2015 through Jan. 21.

The afternoon’s outline is simple.

The Railers were ahead, 5-0, going into the third period, then gave up two goals in the final 1:35. Quinn Ryan, Brent Beaudoin, Collin Adams, Jimmy Lambert and Jacob Hayhurst had the goals. Adams and Lambert also had assists. Defenseman Christian Evers was plus-3. Ryan MacKinnon had an assist and was plus-4.

The victory put Worcester back in first place as Newfoundland was idle.

In his second incarnation as a Railer, MacKinnon is plus-15 for the season, best in the league by far.

“This is just a good hockey team,” was his take on Worcester’s fabulous start. “Every night it’s somebody different. You win games with everybody on the ice. There are no names, no numbers, it’s everybody contributing. Any time you have guys who can skate like this, who can think the game, you’ll have a dangerous lineup.

“The hardest part for us is to make sure we keep playing like it’s a 1-0 hockey game.”

Wins and losses are the ultimate numbers but a lot goes into creating them. Perhaps the most telling number is that Worcester has played 483 minutes of hockey so far this season and has trailed for a grand total of 15 minutes, 38 seconds.

Ryan scored his first Railers goal just 2:31 after the opening faceoff. Beaudoin got his fifth of the year at 8:25; it was his 20th in a Worcester uniform overall.

Adams, Lambert and Hayhurst put it away with second-period goals.

The goals wrecked Ken Appleby’s shutout bid. Brown’s goal is the latest to ruin a shutout in Railers history. However, Appleby is 5-0-0 to start the season and his assist on Adams’ goal was his second in those five games.

Appleby had two assists total in his previous 186 pro games.

MacKinnon played 124 games in Worcester before his return this season and skated for some good teams, and some not-so-good. His career numbers in those first 124 left him at minus-15.

It has taken him eight games this time back to make up the difference.

“It is definitely strange to be back here,” MacKinnon said, “but I’ve always loved Worcester. It’s always had a special place in my heart. It’s where I started my pro career and I’ve definitely seen a lot of things here.

“It’s great to be part of such a good team.”

MAKING TRACKS – Anthony Repaci’s empty net goal Saturday night was his 25th as a Railer. He is one of just five Railers with that many career goals. Tyler Barnes is next on the list with 28. … The teams finish the series with a school-day game a 10:05 Tuesday morning. … Smotherman made a couple of lineup changes as Liam Coughlin, Noah Delmas, Myles McGurty and Steve Jandric were rested. Trevor Cosgrove, Ryan, Blake Christensen and Christian Evers returned to action. … Worcester’s three pro teams lead Norfolk’s pro teams, 23-12-4, in the all-time series. … For comparison purposes, it took last season’s Railers 19 games to get to eight wins. … Attendance was 2,710. … Worcester has scored first in seven of eight games and Railers players have been named as 22 of a possible 24 Three Stars nominations. Appleby leads with two picks as Number One star.