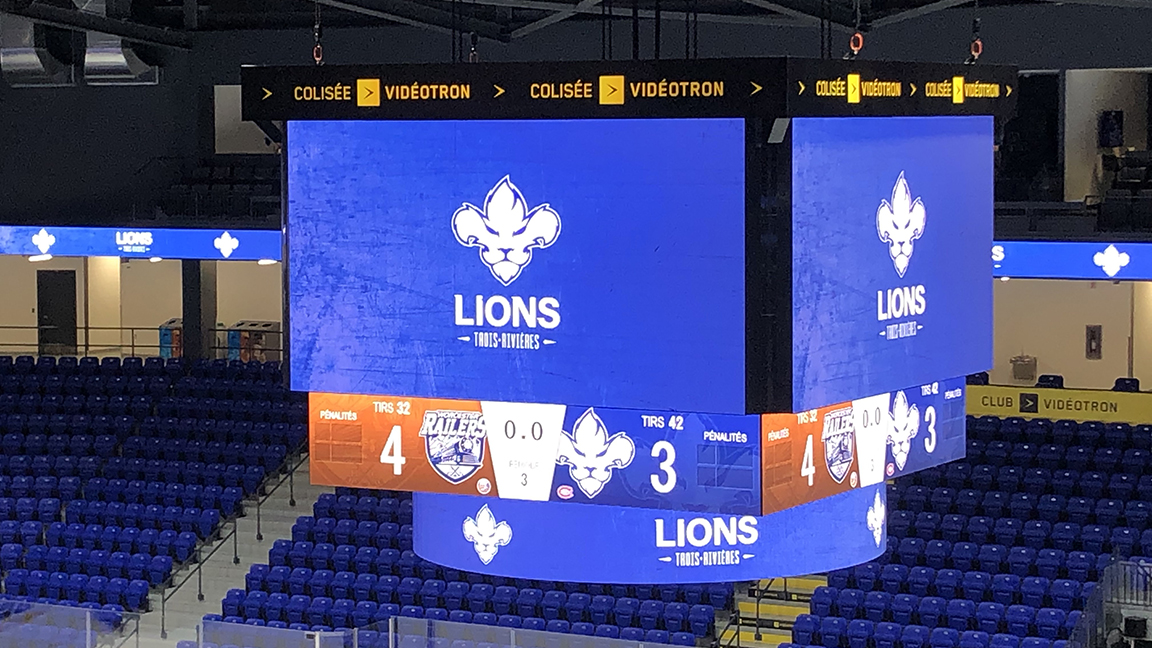 Meeting 5 of 11 vs. Trois-Rivières this season

Worcester got off to a blistering start, tallying each of the game’s first three goals in the first period. First, it was Blake Christensen (14th) just 5:07 into the game. Christensen scooped up a loose puck along the goal line, then shot it nearside past Phillippe Desrosiers in net for Trois-Rivières to give the Railers the 1-0 lead. Then, Cole Coskey (10th) came down the left side and ripped a perfectly placed wrist shot past Desrosiers, making it 2-0 Worcester. Four minutes later, Mitchell Balmas (2nd) blasted a one-timer from the slot off of a feed from Reece Newkirk in the far corner, putting the Railers up 3-0 heading into the first intermission. Worcester outshot Trois-Rivières 14-10 through the first 20 minutes.

It was a Trois-Rivières dominated second period. The Lions scored just 5:20 into the frame, when Cédric Desruisseaux (7th) out in front slapped a spinning feed from Olivier Archambault in the corner past Ken Applby in net for Worcester, getting Trois-Rivières on the board for the first time all night. Shawn St. Amant (16th) was parked right out in front when Olivier Archambault delivered a blast from the point on net. St. Amant deflected the puck over the right shoulder of Applby to make it 3-2 going into the second intermission. Trois-Rivières outshot Worcester 19-9 in the second. The Lions led in shots 23-19 through two.

In the third period, Christensen (15th) quickly added his second tally of the game. Just 0:44 in, Christensen wrapped it around Desrosiers and put it far side from the near goal line to give Worcester back their two-goal lead. Trois-Rivières was quick to respond, as Cédric Desruisseaux (8th) finished a two-on-one rush down ice alongside St. Amant for his second of the night just 1:44 seconds after Christensen’s marker. Trois-Rivières pulled Desrosiers with 1:43 to go in the game, but were unable to find the back of the net. Worcester would hold on for the 4-3 victory. Shots in the third favored Trois-Rivières 13-9. The Lions outshot Worcester 42-32 on the game.