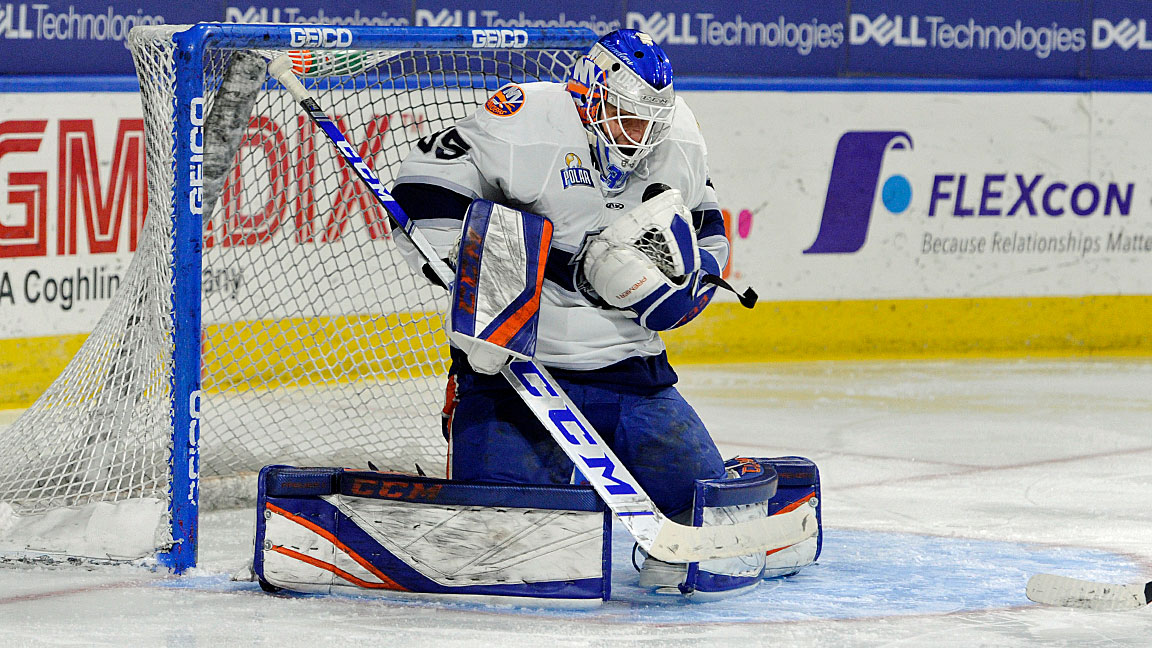 Meeting 8 of 8 vs. Brampton this season

Railers Tackle The Beast With a 4-2 Win

The only goal of the first period came from Drew Callin (13th) at 5:34 of the frame when he was set up by Barry Almeida with Shane Walsh also getting credit with an assist. Jakub Skarek was perfect in net making 13 saves on 13 shots while Worcester led 1-0 through 20 minutes of play.

Ryan MacKinnon (3rd) gave the Railers a 2-0 advantage with a heavy shot from the point at 8:51 with an excellent screen in front by Jack Stander. Just 1:17 later David Vallorani (27th) would get credit with a greasy goal in front of the net to cut the Beast deficit down to 2-1. The deficit soon went back to two for Brampton as Cody Payne (7th) on a partial breakaway was able to tuck it by the left leg of Alex Dubeau to give the Railers a 3-1 lead at 10:21. Worcester led 3-1 through 40 minutes of play as Jakub Skarek made 13 saves on 14 shots for Worcester.

Jackson Leef (15th) scored a late power-play goal for Brampton at 16:52 of the third period to cut the Beast deficit down to 3-2. Worcester went short-handed for the third time in about a four minute span but elven seconds into the Brampton power-play Barry Almeida (16th) would finish off arguably the nicest goal of the season with a spin around shot from the right dot beating Alex Dubeau to give Worcester a 4-2 lead with 2:21 to play. The Railers would come out victorious 4-2.

Notes: Three Stars: 3rd star: Barry Almeida (1-1-2) 2nd star: Ryan MacKinnon (1-0-1, 5 shots) 1st star: Jakub Skarek (37 saves, Win)…. final shots were 39-36 in favor of Worcester …. Alex Dubeau (21-16-2) made 32 saves on 36 shots for Brampton…. Jakub Skarek (3-8-2) made 37 saves on 39 shots for Worcester while Ian Milosz served as the backup…. Worcester went 0-for-3 on the power play while Brampton went 1-for-5…., JD Dudek (IR), Kyle Thomas (IR), Yanick Turcotte (IR), Tanner Pond (IR), Dylan Sadowy (IR), Arnaud Durandeau (INJ), Ben Thomson (INJ), Evan Buitenhuis (INJ), Jack Macnee (Ill), and Connor Doherty, did not dress for Worcester…. Nic Pierog and Linus Soderstrom are all with the Bridgeport Sound Tigers…. Justin Murray has now played in 46 straight games…. Mike Cornell was loanded to Worcester Friday afternoon and played in his first game for Worcester since January 4thand recorded an assist…. Nic Pierog was recalled by Bridgeport on Thursday…. Griff Jeszka made his professional debut and wore number 21 and finished plus one…. Lincoln Griffin made his Railers debut and wore number 37…. Jack Stander recorded two assists and now has four in his last two games…. Cody Payne has goals in back to back games…. Barry Almeida and Drew Callin each recorded a goal and an assist…. Bo Brauer recorded two assists…. The Railers now have 12 short-handed goals on the season…. Worcester has 16 games left on the regular season…. The Railers are now 10-10-1-2 all-time vs. the Beast and 6-4-1-0 at the DCU Center.