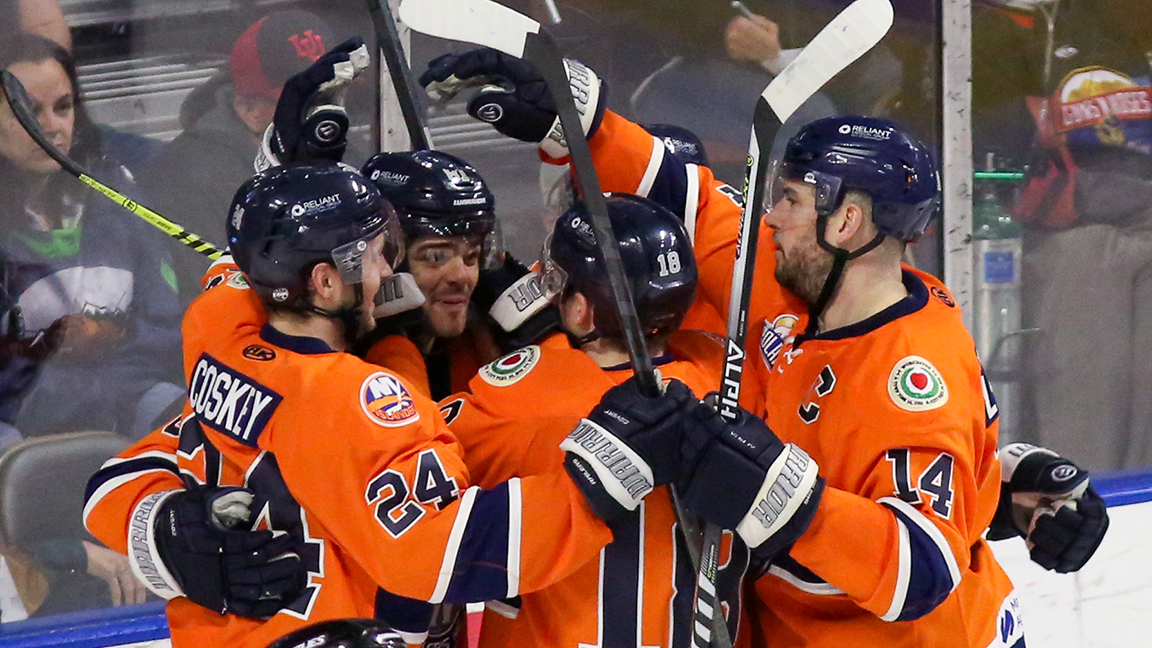 Meeting 1 of 3 vs. Utah this season

Worcester opened up scoring in the first as Reece Newkirk (2-1-3) tapped in a rebound out in front to beat Trent Miner and give the Railers the 1-0 lead. Utah would tie it at one early in the second, before Anthony Repaci (1-0-1) finished an up-ice rush alongside Cole Coskey (0-1-1) and Newkirk on the power play to put Worcester back in front, 2-1. Newkirk would add his second goal and third point of the night late in the second on a wrist shot from the right circle to extend the Railers lead to 3-1 going into the third. Austin Osmanski (1-0-1) potted the empty netter at the end of the third to give the game its final score of 4-1.

For the fifth straight game, Worcester found themselves with the 1-0 lead after Reece Newkirk (4th) potted a rebound off of Trent Miner, 6:04 into the first period. Worcester would get the game’s first power play at 13:26 of the first period on Grizzlies defenseman Shane Kuzmeski’s hooking penalty, but came up empty on the opportunity. Utah would get their own chance on the man advantage late in the period as Connor McCarthy went to the box on a holding call with 1:37 to go in the period. Worcester was able to keep Utah off of the board for the remainder of the frame, and went into the locker room with the 1-0 lead, and 23 seconds left on McCarthy’s penalty. The Railers dominated the flow of play in the first period as they outshot the Grizzlies 14-4 through twenty.

Utah came out buzzing in the second period, and would tie the game before the Railers would even get a shot off. Luka Burzan (5th) received a feed backdoor from Benjamin Tardif to beat Colten Ellis and make it 1-1, just 3:29 into the second. Worcester would respond on the power play just 2:55 later as Anthony Repaci (15th) finished an up-ice rush alongside fellow forwards Cole Coskey and Reece Newkirk, giving Worcester back the 2-1 lead with 13:36 left in the frame. The Railers would bolster their lead with 3:42 left in the period as Reece Newkirk (5th) glided into the attacking end and unleashed a wrister from the right circle past Miner. Worcester would lead 3-1 going into the third period. Shots in the second were in favor of Utah 13-8, and favored the Railers 22-17 for the game.

The end-to-end play through the first 40 minutes caught up to both teams in the third, as the pace slowed considerably in the final frame. Utah had three chances on the power play in the period thanks to a high-sticking penalty from Blake Christensen, and tripping penalties from Nick Albano and Jacob Hayhurst, but were unable to convert on all three power plays. With the Utah net empty and just 24 seconds remaining in regulation, Railers defenseman Austin Osmanski sent the puck all the way down the ice from his own blueline to make it a 4-1 game and secure the win. Shots favored Utah 12-8 in the third, and Worcester 30-29 for the game.