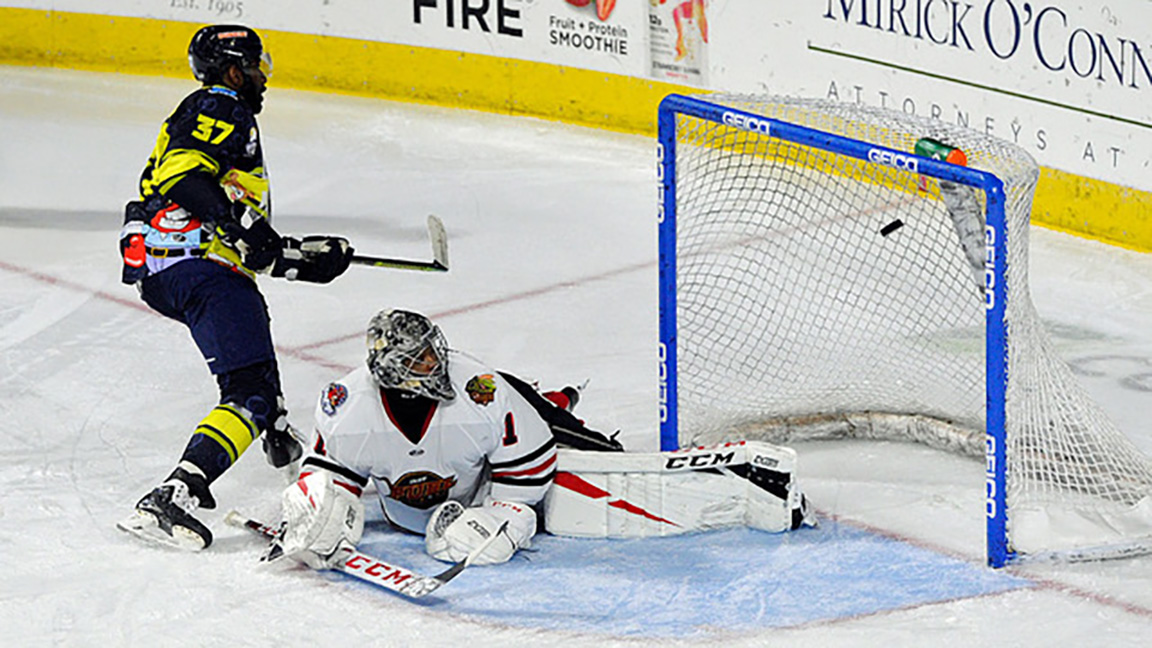 Meeting 1 of 1 vs. Indy this season

Railers Lose 4-2 in First Ever Meeting With Indy Fuel

Jordan Samuels-Thomas and Bo Brauer each scored goals for Worcester while Evan Buitenhuis made 26 saves on 30 shots in the loss. Indy had four different goal scorers and was led offensively by Matt Thompson (1-1-2) and Dylan McLaughlin (1-1-2) while Charles Williams made 28 saves on 30 shots in net for his fourth win of the year.

The Indy Fuel were able to capitalize on a Railers turnover in their own end with Matt Thompson (7th) driving one on net beating Evan Buitenhuis low glove side at 8:40 giving the road team a 1-0 lead. Worcester headed on the power-play with just 49 seconds left in the period but it would be the Fuel taking a 2-0 lead when Evan Buitenhuis came out to play the puck in the high slot and fumbled it allowing Bobby Macintyre (5th) sliding it into the empty net with just four seconds left in the period as Indy took a 2-0 lead into the locker room after the first frame.

Jordan-Samuels Thomas (7th) was sprung on a breakaway at 6:39 of the second period and was dragged down on the play which forced a penalty shot in which he converted over the right shoulder of Charles Williams decreasing the deficit to 2-1. From behind the goal line at 16:19 Dylan McLaughlin (5th) snuck one by Evan Buitenhuis giving the Fuel a two-goal lead once again this time at 3-1. Bo Brauer (3rd) had multiple chances through the first two periods of the game and at 18:04 of the second stanza he collected the puck in the high slot and fired one of the far side post with just 1:56 left in the period. The Fuel held a 3-2 lead over the Railers with shots dead locked at 22 a piece.

The lone goal of the third period came courtesy of the Indy Fuel when Michael Doherty (2nd) was at the near side post and redirected a shot from the left point past Evan Buitenhuis giving the Fuel a 4-2 lead at 11:04 which would prove to be the final score.

The Railers hit the road for three games north of the border beginning with a 11am start in Brampton vs. the Beast on Wednesday. Worcester will battle the Growlers in Newfoundland on Friday and Saturday with 5:30pm (ET) start times. Coverage for all three games begins 30 minutes before puck drop.