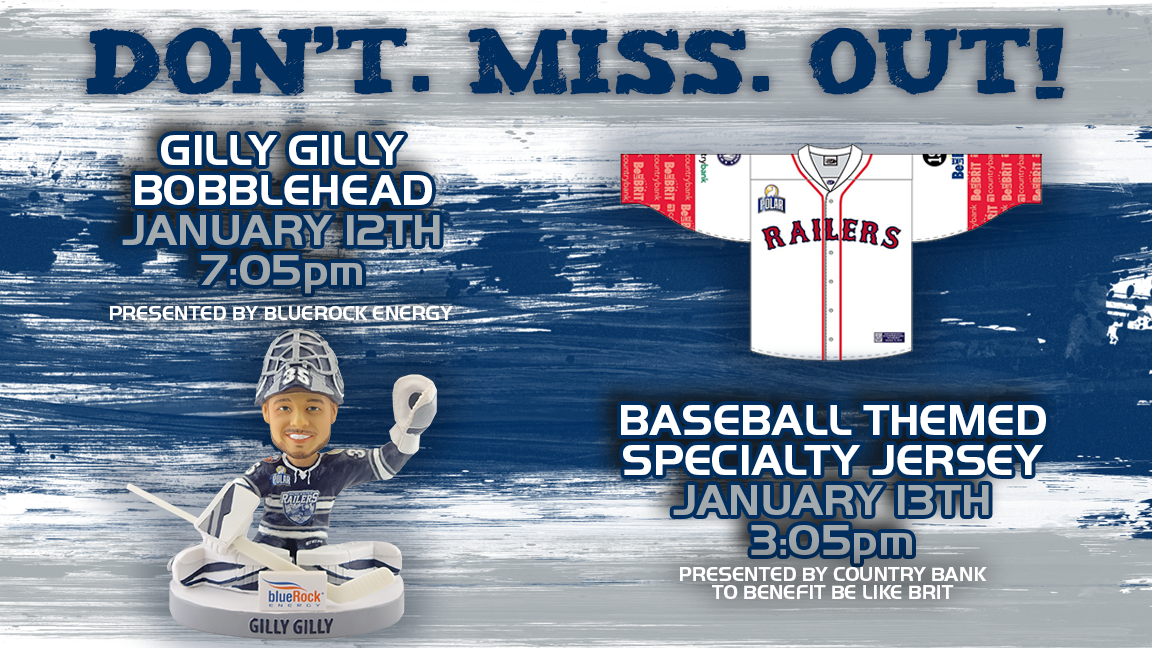 On Saturday, January 12 the Railers host the Reading Royals at 7pm on a BIG GAME SATURDAY!  The first 3,000 fans will receive a GILLY GILLY bobblehead courtesy of BLUEROCK ENERGY!  Score the first bobblehead of the season and yell GILLY GILLY!  Tickets are as low as $15.

Call the Railers front office at 508-365-1750 and save $$$ off Box Office pricing!  And don’t forget…. We have other great promotions upcoming in the month of January which include a celebrity signing by Paul Stewart and Terry O’Reilly, Scout Night, and Diocese of Worcester & Catholic Schools Night.

Ring in 2019 with the Worcester Railers!