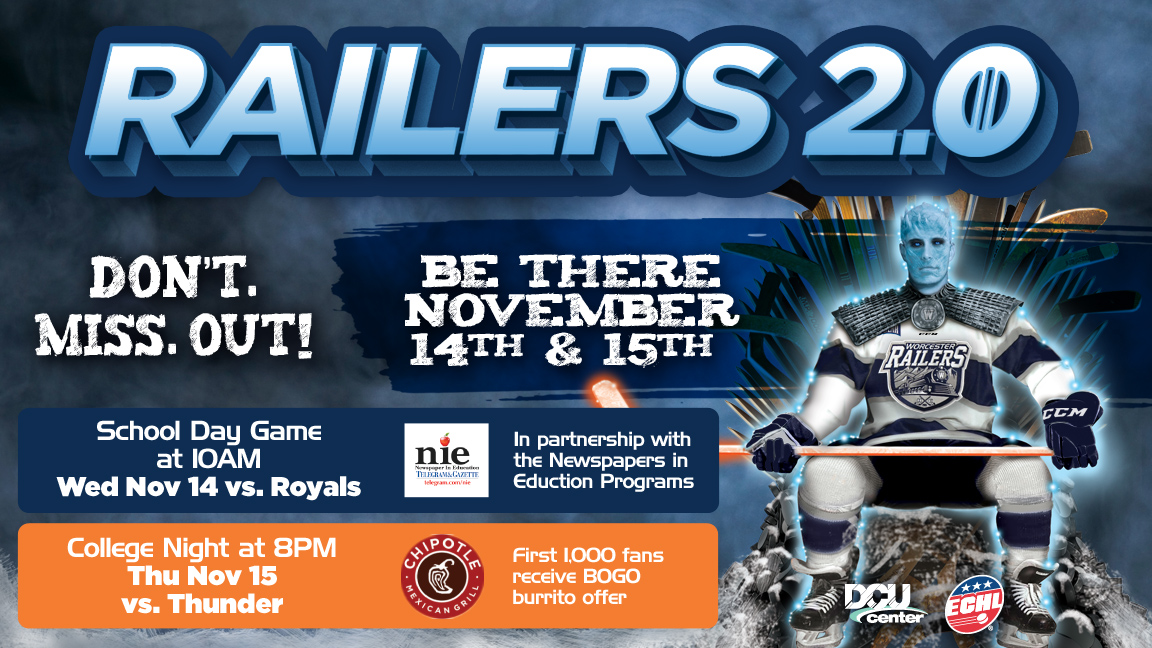 On Thursday, Nov 15 the Railers host the Adirondack Thunder with a special 8pm start on College Night presented by Chipotle! The 1st1,000 fans will receive a BOGO burrito offer from Chipotle and the Railers will host the largest t-shirt toss in Worcester’s pro hockey history in the first intermission – 1 t-shirt will contain $500! College tickets start at just $10 with a college ID at the DCU Center Box Office.  Over 2,500 college student tickets have already been purchased by local colleges and universities! Check out Railers Tavern before and after the game – located right behind the DCU Center!

On Saturday, Nov 17 the Railers host the Orlando Solar Bears at 7pm on a BIG GAME SATURDAY with NE Patriot Matthew Slater signing autographs presented by Energy Monster from 6-8pm!  The doors will open at 3pm for the Worcester Blades vs. Montreal Canadiens at 3:30pm.  1 ticket gets you entry into both games starting at just $15!