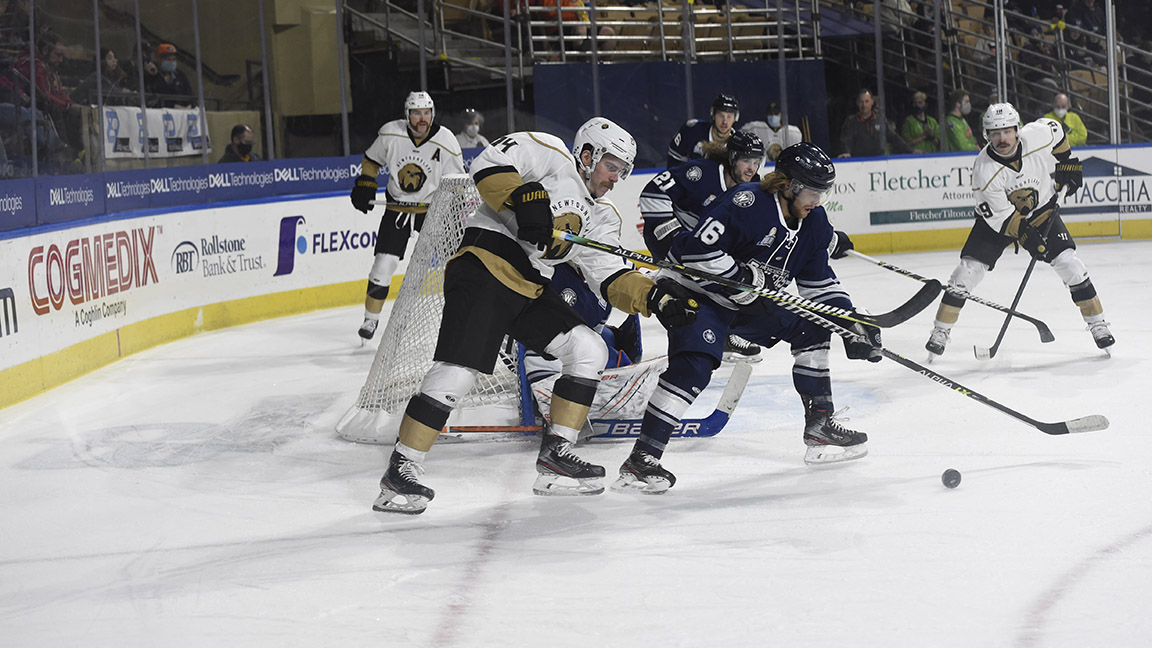 Railers Close Weekend With Loss Vs. Newfoundland
Newfoundland got four goals from Zach O’Brien and one apiece from Marcus Power and Orrin Centazzo. O’Brien recorded the third four-goal game ever against the Railers. The other four-goal guys are Scott Pooley, also of Newfoundland, and Nic Pierog when he played for Manchester.
“I wish I had an answer. I’d do something about it,” Railers coach Dave Cunniff said of his team’s DCU Center ineptitude. “We have great fans. They deserve better.”
So did Worcester’s goalies. Cunniff lifted Ken Appleby in favor of Colten Ellis after Appleby allowed five goals in two periods.
“I told Ken I took him out because he didn’t deserve what he had in front of him,” Cunniff said. “Ellis didn’t deserve it either, but we had to have a goalie.
“We just didn’t compete. Maybe we gave them too much respect. I don’t know.”
The result meant that the Railers’ 8-1 victory in Glens Falls Wednesday night was not the turnaround game Worcester had hoped for.
That rout of the Thunder marked the most goals ever scored by a Railers team and were the most scored by a Worcester pro team since the Sharks beat Portland, 8-2, on Dec. 6, 2013.
The Adirondack game included two record-tying points performances as Ross Olsson went 3-1-4 and Jordan Smotherman went 1-3-4. Those tied a Railers best. The seven-goal margin of victory was third-best in Worcester pro history and the biggest one since the Sharks won at Springfield, 9-0, on Oct. 23, 2004.
MAKING TRACKS_The Railers continue this four-game homestand when they play host to the Maine Mariners at 7:05 Wednesday night. … Bridgeport signed defenseman Will Cullen and assigned him to Worcester. Cullen and forward Carlos Fornaris did not dress for the Railers. 10 of the 20 Railers eligible to play Sunday were pro rookies. … With the win Growlers goalie Evan Cormier is 4-2-1 versus Worcester including a stint with Adirondack. It was his first shutout against the Railers. … The defeat dropped Worcester’s all-time record against ECHL Canadian teams to 17-25-5. That includes 5-14-2 versus the Growlers, 3-7-0 at the DCU Center. … The goalie switch was the first of the year for Worcester. … Some good news — the Railers don’t play the Growlers again until March 19.
https://railershc.com/wp-content/uploads/2021/11/GAME-IMAGE-11.28.21.jpg 648 1152 admin /_media/2021-22/logo.png admin2021-11-28 17:48:262021-11-28 17:48:27Railers Close Weekend With Loss Vs. Newfoundland