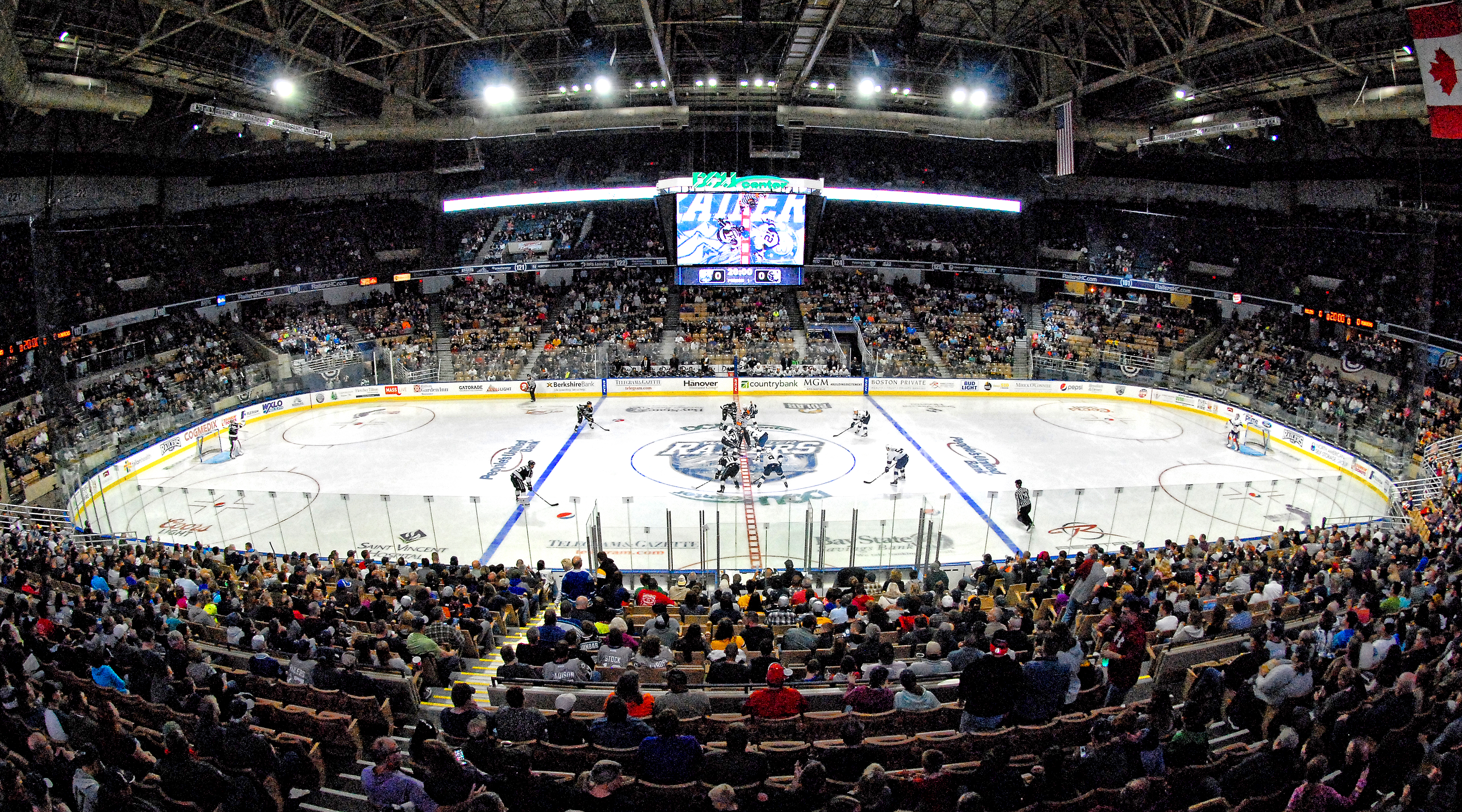 Pillars: A look back at the Railers inaugural season

It’s hard to define success. If you look the word up in the Merriam-Webster’s dictionary it reads: “favorable or desired outcome.” You’ll also realize that words are finicky. “Favorable” can mean one thing to one person, and a totally different thing to another person. So, how do you measure success? And how can you tell when you are successful? Well, I don’t know that you truly ever can. And I don’t think it truly matters. What matters is the effort and work you put in in an attempt to be successful. To invest oneself tirelessly, selflessly, and honestly for a cause greater than oneself—to me, anyways, is success.

And with the inaugural season of the Worcester Railers HC recently coming to an end, I can confidently say the entire team and organization did just that. Starting all the way at the top of the organization with team owners Cliff and Susan Rucker and team president Mike Myers, all the way down to game day interns. Everyone worked their asses off this year, and it showed.

But this story isn’t meant to be a pat on our back, a self-congratulation. Instead, I hope it reads as a reflection. A lot went on this year, and there is a lot to unpack.

I was recently conducting video interviews with the players before they left for the summer. We called them “exit interviews”, although these were a much more lighthearted take on the actual exit interviews conducted by coaches with the players at the end of a season. We joked, talked about the season, Worcester, and plans for the summer. One thing in particular struck me. Reflecting on his first-year pro, defenseman Ben Masella said the team “made good pillars for this team to build off of in the years going forward.” In short, the rookie defenseman articulated what the entire team and organization did this past year.

Essentially, all the work put in this year will pay off next year and so on and so forth.

The interesting part about working in sports is seeing the correlation between a team and an organization, business, or office—whatever you want to call it. The two are intrinsically similar.

A hockey team is comprised of coaches, goalies, forwards, and defensemen. To function properly, everyone must buy into their role and execute. Well, the same is true of the front office. We have coaches, goalies, forwards, and defensemen too, we just call them different things. Employees must buy into their roles, and execute. With 12,135 people coming out to opening night for a hockey team they have never seen play before, I think it’s safe to say the employees of the Worcester Railers front office have bought into their roles.

The team did too.

After surviving the long grueling hours of training camp, exhibition games, and practice, the team went on to secure a little piece of Worcester pro hockey history—an opening night victory.

No other team—the Ice Cats or Sharks—won an opening night game. Not to mention in exuberating fashion in front of over 12,000 fans. A come from behind win, with rookie forward Frankie DiChiara grabbing the game winning goal, will forever be engrained in the brains of Worcester hockey fans.

And let’s talk about our fans for a second.

Every team likes to say, “We have the best fans in the league.” It’s a cliché statement that I am going to repeat right now. We have the best fans in the league. Period. Worcester hockey fans are different. Worcester people, for that matter, are different. Worcester is a city of hard-working, determined, prideful people. Naturally, our fans are no different. And they’re fans of the game, which is the best part, because there is a difference between being a fan for the sake of being a fan—showing up for a good time, only there during the good times—and being a fan of the game. We have invested fans who love the game of hockey, which explains why we had over 1,600 season ticket members before ever dropping a puck. It didn’t matter to the fans if the team was a part of the AHL or ECHL, as some people wrongly predicted. They just want to see hockey. And after seeing the dedication team owner Cliff Rucker had to the team, and the city of Worcester, there was little room left for doubt.

It’s one thing to show up and say “I’m dedicated. I’m going to do this, that, and everything.” And it’s another to showcase your dedication through tangible actions. Cliff Rucker showcased his dedication to Worcester pro hockey early on with the construction of the Fidelity Bank Worcester Ice Center—a 110,000 square foot dual rink multi-purpose center that features a full restaurant, café, gym, Railers merch store, rehab center, and pro shop—but the rink is much more than that. It serves as the hub of hockey in Central Massachusetts. For starters, it’s a top-notch facility that even impressed the staff of our NHL affiliate, the New York Islanders. I travelled along with the team to all the away games, and not one other team had a practice facility even remotely close to the standards of the Fidelity Bank Worcester Ice Center (FBWIC.) To further demonstrate Cliff’s sincere dedication, he installed crazy air purifying machines in the Railers locker rooms at the FBWIC and the DCU Center. They look like super high-tech computer servers. But he didn’t want the rooms to smell. And anyone that’s been in a hockey locker room knows that they smell, horrible, but not the Railers locker rooms. Alright, enough about locker rooms. While the FBWIC serves as the practice facility for the Railers, it is home ice for a large amount of youth hockey teams, high schools, and colleges. On any given day, you can find any of the aforementioned there, lugging their gear. 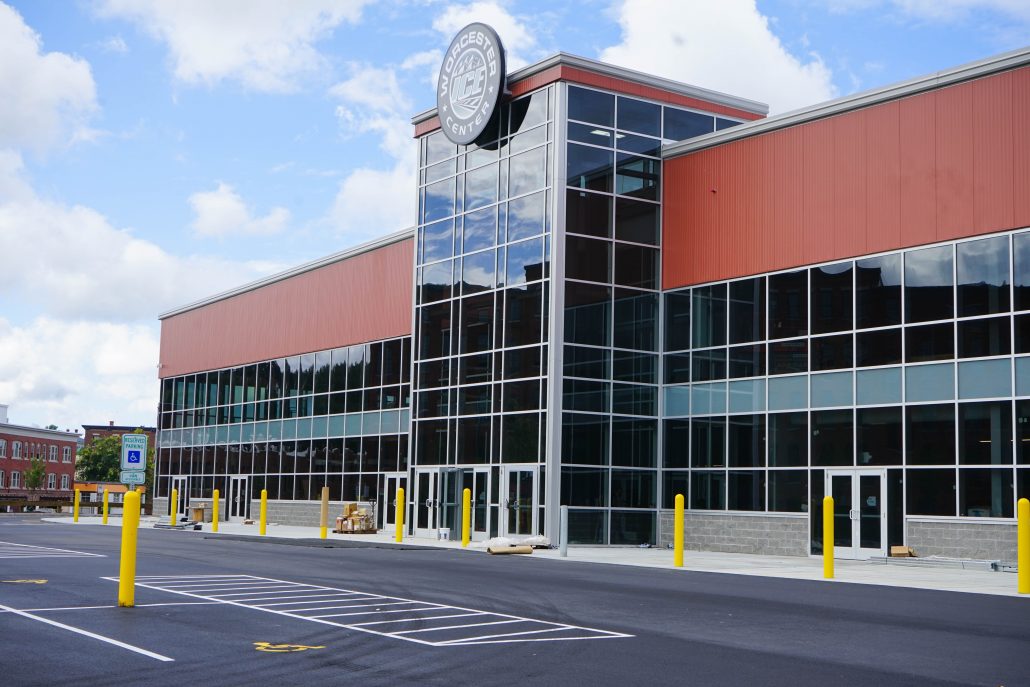 And let’s not forget that the FBWIC is home to the Railers Skate to Success program, which was spearheaded by team president Mike Myers and community relations coordinator Paul Harris, but often an “all hands-on deck” type of program that all members of the organization were involved with at one point or another.

I’m going to be honest, having over 12,000 people pack the DCU Center for opening night was a wild spectacle, and a thrilling thing to be a part of, but I’m not sure it compares to the look of fascination lit up upon the face of a kid that has just stepped foot on the ice of a hockey rink for the first time. And this happened countless times every single Tuesday morning at the FBWIC from September through March.

Over 2,500 Worcester Public School fourth graders came through the FBWIC doors and participated in the program this year. Majority of the students had never been to a rink or skated before. Seeing the sheer excitement and gratitude of the students, and teachers, is something I can you tell everyone that worked the program—volunteers, staff, coaches, players, and interns—will cherish forever.

Hockey is an expensive sport. In terms of accessibility, it’s not the most welcoming. Worcester is a city comprised of varying socio-economic backgrounds, and students from low-income families make up a large population of the public schools in Worcester. Hockey, and even skating, has traditionally been a sport or activity reserved for those of privilege, but it doesn’t have to be, and it shouldn’t be, and team owner Cliff Rucker truly believes this. Skate to Success is an effort to introduce kids to a sport and activity they might not otherwise have had the opportunity to participate in. By introducing the kids to skating, we just might be introducing them to a talent or passion they were not aware of. At the very least, we are giving them an opportunity to engage in an activity that is positive, challenging, and rewarding—and learning to engage in such activities at a young age is instrumental to growing up to being active, civic leaders of society.

So, now we have reached the conclusion of the first year. The first season.

Throughout this first year the team and organization laid down a strong foundation for the years to come.

The memories made—piling onto a bus traveling city to city driving (no pun intended) our bus driver Darnell insane, Lindquist and Turcotte having scream-filled battles of rock, paper, scissor, shoot in the middle of the Oglebay restaurant at 10 o’clock at night, the rookie party, Tagle getting iced, Tagle bragging about getting iced and then the team going on a three-game winning-streak, Frankie’s workout video, Orlando, Chicken Wing, Lindquist singing the Canadian national anthem in Reading (while reading the words off his wrist), the New Kids dance (sort of), Scratch tripping on opening night (everyone saw it), Turcs beating everyone up, Turcs trying Taco Bell for the first time on Facebook Live, the first Tuesdays with Tom episode, giving away Christmas trees with Ernie (and having to burn some to stay warm because it was absolutely freezing outside), a team building painting class (that all of the guys LOVED) —will all be remembered before there is time to make more.

There were a lot of long nights. A lot of 3am arrivals to rinks to unload gear. A lot of 4am arrivals back home to Worcester. A lot of sacrifices made. A lot of holidays, birthdays, parties, and weddings missed. It’s not always glamorous and beautiful. Sometimes it’s ugly, hard, and relentless. But if you’re doing something for the right reasons, things have a way of working out. No one expected us to make the playoffs in our first year, except us. We did it. We didn’t win a Kelly Cup, however, and that is the ultimate goal. Cliff said he wants one in the first five years. Goals are important to have.  They keep you humble, and force you to strive to be better. And like anything in life, there’s always room for improvement.

So, whether you think this first year was a success, or not, there’s no denying we laid down a damn good foundation to build from. The pillars are set in place; next up is year two.

It’s been a long, challenging, year of growth for everyone—there were ups and downs, but I’m ready for year two. Bring it on.