Eric Lindquist checking back in! A lot is going on as we closed out summer and head into fall. First off, the DCU Center put ice back in on Sept 21 and it was my first chance to see how the new LED lighting that was installed earlier this summer looks on the ice. The new lighting makes a HUGE difference! Our fans will notice as the ice looks brighter and the lighting will be much better for those fans that like to take pictures at the game. I think our goalies will see an improvement as well. Looking forward to see how the lights look during a hockey game…. will keep you posted!

On another note…. We sent out invites for the Skate to the Date event at the DCU Center on October 14. The date marks exactly ONE YEAR before our 1st ever home game on Oct 14. I encourage all members to come out and meet our staff and meet coach Russell as well. All members will receive the 1st ever Railers hockey puck (I might try to snag one as well). Mike Myers and Cliff Rucker will give us an update on all things Railers and you will also have a chance for a Q/A with Jamie Russell…. make sure to come loaded with questions (and as I know many of you….that won’t be an issue! HAHA). Make sure to bring your skates…and keep your head up in the corners!

As of lunch time on Sept 23, we currently have 741 members on board for our inaugural season. Remember, the first 1,000 members will be part of the Founders Circle… if you know of anyone that may be interested…. we will love to have them on board! A lot of fans have asked about the Select a Seat event….Mike Fisher is working on a plan and will make sure to let everyone know as soon as it is finalized… don’t forget that Sharks season ticket holders will have the opportunity to save their old seat locations… but you will have to act fast. Our goal is to reach 1,500 members to get things rolling… we are making progress!

A lot of familiar names have popped up over the last few weeks as the 2016-17 hockey season gets ready to start. A BIG congratulations to Riley Armstrong as he was named the assistant coach of the Wheeling Nailers in the ECHL as he begins his post playing days’ career. Old friend Ryan Vesce signed a tryout with the Edmonton Oilers after spending the last seven years overseas (mostly in the KHL). Vesce is now 34 years old and looks to make his return to the NHL/AHL. James Livingston was named the assistant captain for Dornbirn EC in the Austria League. Remember the Worcester Sharks James Livingston bobblehead giveaway a week after he was traded to Manchester???!!! Good luck to Livy! 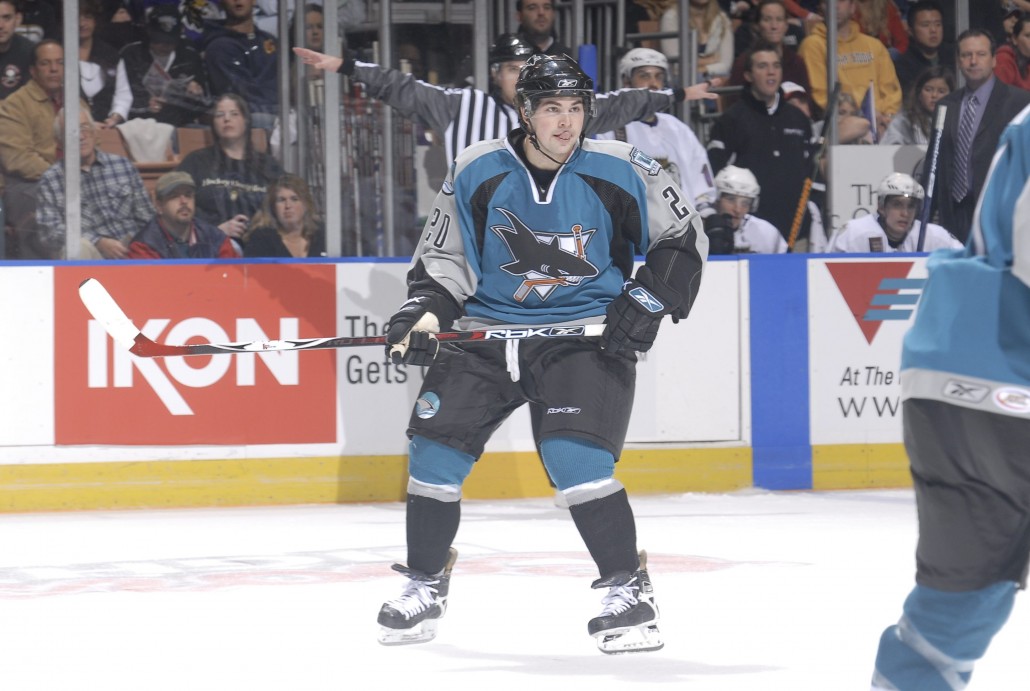 I forgot how much I missed the Boston sports scene! The Patriots are doing what the Patriots do (WIN) and the Red Sox are on FIRE! Feels good to hang out with other Boston sports fans again and I am looking forward to the start of another NHL season. (yes I will still be rooting for the Sharks… for now!) That will do it…. If you have a question…. shoot me a line at EricL@RailersHC.com. Until next time…. HOCKEY, HOCKEY, HOCKEY…WOO!