Eric Lindquist checking back in!  Holy smokes….. what a wild week in the books!  Historic flooding in Worcester on Oct 21 and then I saw some snowflakes on Oct 28!  I had a great time at the Ecotarium on Oct 22 at their pumpkin spectacular.  The Ecotarium had over 1000 pumpkins carved on display and despite the iffy weather it was a great event.  I highly recommend taking the family next year if you have never been (as long as we don’t have a game!!!).  The Railers staff have been busy laying down the groundwork for the next six months and I anticipate that we will have some new faces soon in the office…. We are still trying to finalize a holiday themed party for members in December….nothing is etched in stone yet….hope to have wrapped up over the next few weeks….will keep you posted!

As of 1pm on Oct 28, we currently have 810 members on board for our inaugural season.  Remember, the first 1,000 members will be part of the Founders Circle… if you know of anyone that may be interested…. we will love to have them on board!  A lot of fans have asked about the Select a Seat event….Director of Memberships Mike Fisher is working on a plan and will make sure to let everyone know as soon as it is finalized… don’t forget that Sharks season ticket holders will have the opportunity to save their old seat locations… but you will have to act fast.  Our goal is to reach 1,500 members to get things rolling… we are making progress!

Jamie McGinn has two points (1-1-2) in two games played for the Arizona Coyotes – McGinn has now played over 450 NHL games….Jeremy Langlois has a goal in five games with Rockford (AHL) and is now a teammate of Brandon Mashinter….Taylor Fedun continues to pile up the points from the blue line as he is now with Rochester (AHL)….Tommy Wingels is looking for his first goal of the season with the SJ Sharks….If you want a full list of ALL the former Worcester Sharks players and where they are playing today check out Railers HC member Darryl Hunt’s blog called 210 Sports by clicking HERE. 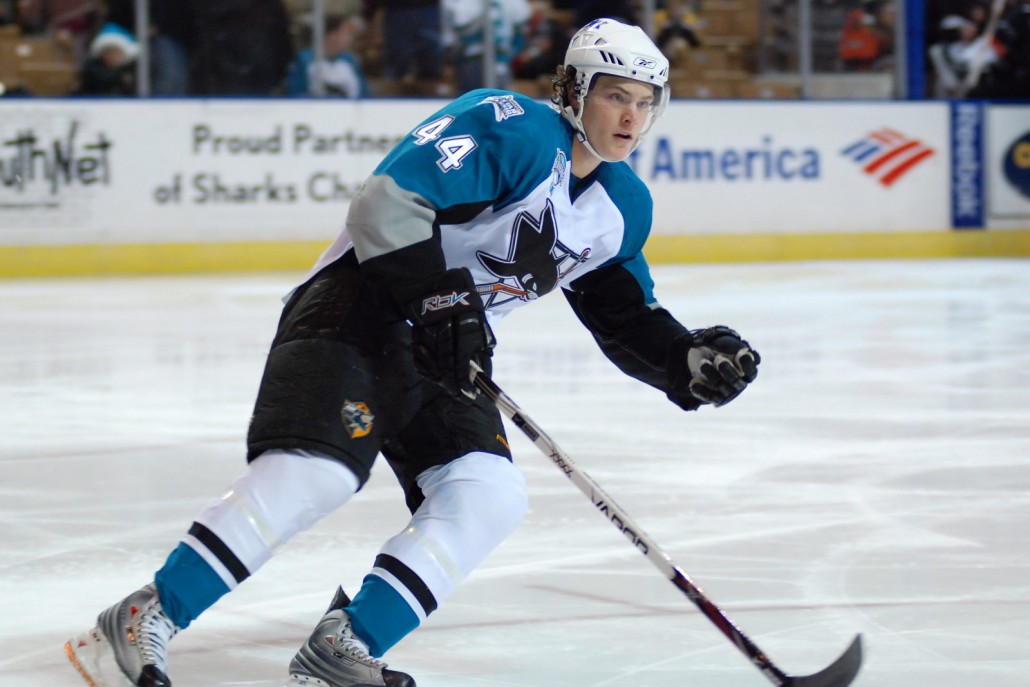 The Greenville Swamp Rabbits home opener on Oct 28 against the Wichita Thunder was postponed due to a mechanical malfunction at the Bon Secours Wellness Arena – I hope Wichita didn’t make the 18 hour 1200-mile bus trip to NC!…The Tulsa Oilers have started the season 5-0-0-0 while Rapid City is 0-5-0-0…..Missouri has started the season 0-29 on the power play and have given up three shorthanded goals – not good…. Kyle Bonis of the Toledo Walleye has five goals in five games to lead the ECHL….and the Manchester Monarchs are 2-1-0-1 to start the season and host the Cincinnati Cyclones for three games on Oct 28-30.

I’m rooting for the Cleveland Indians in the World Series…. just saying. Congrats to the Worcester Bravehearts for being named the Futures League Organization of the Year… always a good take at Hanover Insurance Field!  Hope everyone has a great Halloween! That will do it….  If you have a question…. shoot me a line at EricL@RailersHC.com.  Until next time…. HOCKEY, HOCKEY, HOCKEY…WOO!